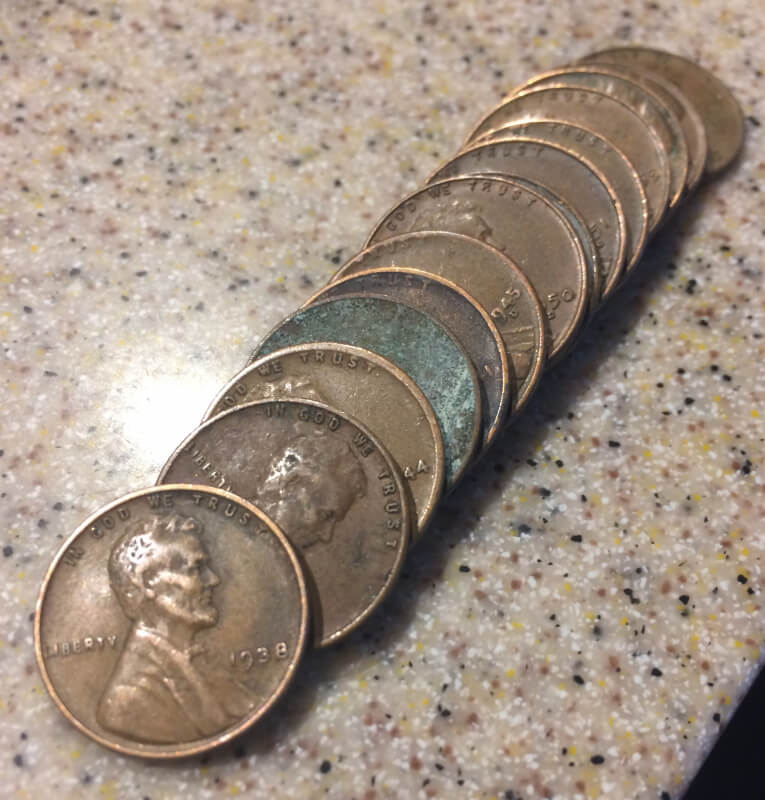 Hello fellow coin enthusiasts!
A few days ago in my blog I mentioned that I had gotten $300 in Quarters and $150 in Dollar coins and I said I would let you guys know what I found, sorry it took so long, but here is, finally, what I found. Let's start with what I found in the quarters. First and foremost, I found a 2020 V75 W Weir Farm Quarter, this is great because I now have 5 2019/2020 W quarters with unique designs that I have found. Secondly I found a 1999 Proof Delaware Quarter, I almost missed this coin because it was so circulated and dirty, I wiped it lightly with my thumb (don't be mad, it is really beat up and basically not worth anything more than face) to bring out the proofyness (new word!). And lastly I found a foreign coin, a 1987 cayman islands coin. Now for what I found in the dollar coins, first of all I found 4 NIFC Presidential dollars, a P&D set of Franklin Roosevelt, a Harry S. Truman D, and a Type 2 Grover Cleveland P. I also found three Native American Sacagawea dollars, a 2010-D, 2012-P, and the newest, a 2017-P, I also found three NIFC Sacagawea dollars, 2 2005-Ps and a 2005-D. Now, with that out of the way, I also want to let you know what I found in a penny box that ended up being one of the most profitable boxes I have ever hunted. First and foremost, I found a 1960-D/D RPM-001, it looks insane and is in crazy nice condition, making it worth around $12-$15 dollars. I also found what I believe is a 1994 WDDR-003, I am not completely sure though. Next I found what seems like it is some sort of 1972 DDO, but it is pretty much only doubled on the date (some help on this one would be highly appreciated). Next I found another clipped planchet, (I have only found 1 previously) it is a 1971-D and it is very minor. Next I found a 1960-D and a 1973-D that both have some sort of die crack of lamination error. As a side note, I found a record (for me) of 15 wheat pennies, and as an extra bonus one of them is a 1938, which I need for my collection. Thanks for reading this blog and enjoy the massive amount of pictures!

Congrats on the sammy

Sounds like you had a great time and found some cool coins! Roll searching is the best! ; )

You keep this up and I am going to have to get back to looking. I have a few boxes of cents I haven't gone through yet. Well done. Thanks for the update.

Your spending allot of money. I say you find the coins like these . Bring the rest back to the bank. Dump them in the coin machine and when you get your receipt buy more. Or a coin you really like . Or coins you really like. That's 450.00 you spent.Think of what you can buy with that. Buy a few coins and some for rollowing.

I don't do much roll searching anymore but when I did it was fun...back when you could still find 40% silver in half dollar rolls. Looks like you made out very well there.

Good for you. I don't have a clue what I am going to do with all those coins that I don't need, so I don't do much roll-hunting, sigh.

Very nice finds. Making me want to get out there and search a lot of coins ! Keep up the good work, this is very interesting to see what is out there in circulation.

Love it!!!! you certainly have made roll hunting sound very glamorous to Old Moke, thanks for sharing your finds.

CoinHunter, Congrats. I'm going through some rolls right now. It is such a great feeling when you find something you've been looking for. Akin to the Great White Whale. Good job and thanks for sharing. Mr. B

Thanks for sharing your haul, nice!

You're welcome, and thank you!

wow great finds. Hopefully I can get some rolls soon.

Ya, hopefully you can!

Thanks and I will!

I sure did, thanks.

Wow, those are some great finds! I hope to get my first full box of cents sometime soon. Thanks for the update!

Thanks and good luck!