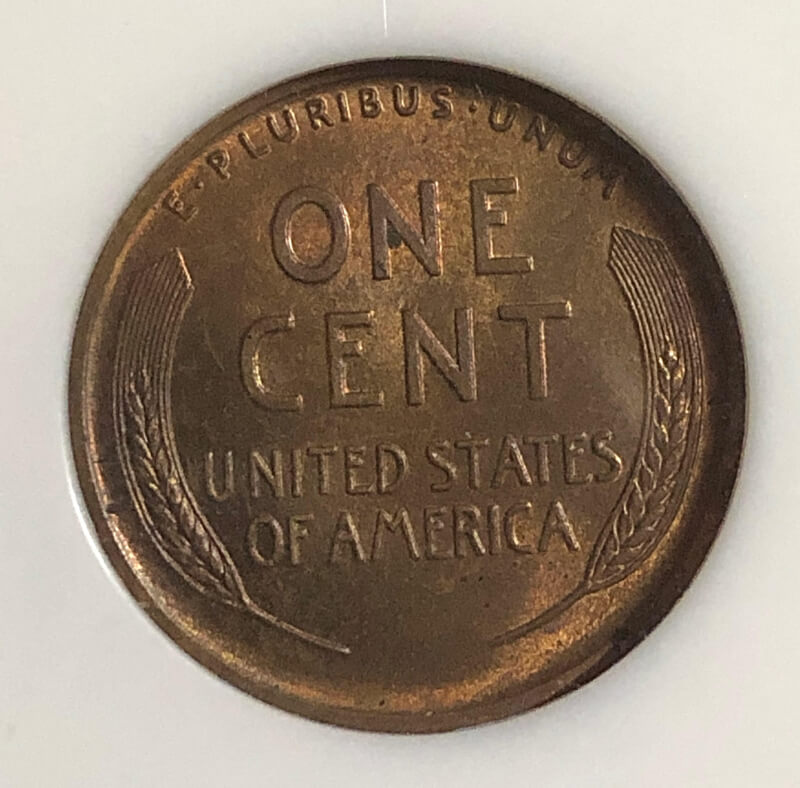 President Lincoln is the President I most admire of all the Presidents; I am never a fan of old men on coins, but Lincoln is my exception and I have never found his presence on our coinage to be the least bit bothersome.  For this reason, several years ago, I decided to put together a personal NGC registry set of all the Lincoln appearances and varieties in U.S. coinage. I have not included any Civil War tokens or other non-government issued item as that would break any budget.  I finally completed, what I consider to be a definitive set very recently so I thought I would share it with you.

First a little background, the venerable Lincoln Cent is our longest-lived coin series for several reasons that probably include Victor D. Brenner's outstanding portrait. The fact that President Lincoln is arguably our most popular President, and the transitions of reversed designs that have kept the Cent fresh in the eyes of the public probably has a lot to do with it as well.

Of course, President Lincoln has also appeared on quarters, half dollars, and dollars so the legacy of Lincoln within our nations numismatic history is huge.  We will deal with that portion of his legacy in a future blog.

One thing that struck me about the Lincoln Cent series is the large number of varieties within the series, we have the obvious ones, the wheatback reverse, the Lincoln memorial reverse, the four different 2009 reverses, and the current union shield reverse.    That amounts to 7 different configurations and if you throw in the 1909 VDB reverse, we can add 1 more.  But in my mind, there are many others that can be identified even within the Cent series.  Let me summarize what I consider the major varieties.

1.       The Lincoln Wheat Ear Reverse, a classic design that lasted from 1909 to 1958 It is my favorite reverse design, it speaks of the gilded days before WW1, the Roaring Twenties, and the Great Depression.

2.       The VDB reverse of 1909 only, hastily applied to the die and slightly off center between the wheat ears, it was quickly eliminated when there were complaints about the artists initials being two prominent.  They could not simply use a B since Mr. Barber already had that honor and VD, venereal disease would have been scandalous.

4.       The variety with the VDB located discretely at the bottom of his bust, this has been the location since 1918 to the present.

5.       The Matte proof Lincolns, all with no VDB, from 1909 to 1916. I like the Matte finish, it kind of reminds me of the enhanced uncirculated finishes the mint has produced in recent years.  An example of a Matte Proof Lincoln was the last coin I added to my registry set. It was a December 2021 acquisition.

6.       The Steel Cents of 1943, they can look very unattractive in any grade below MS, beware of those shiny but worn 1943 cents that have been replated to look mint fresh.  Your much better off with an honest MS version.  It might not be anywhere near as shiny, but it is still quite attractive.

7.       The 1944-1945 shell case cents.  Due to the extreme unpopularity of the steel cent, the government came up with a great solution, why not melt down some  of the millions and millions of spent artillery shells and use them to make cents. The color was slightly different, kind of a yellowish tint, but they were every bit as good as the pre 1943 cents and happily accepted by the public.

8.       The Lincoln Memorial cents which were produced from 1959 to 2008.  I have never been a fan of this reverse; I think that buildings lose their appeal when placed on a coin.  As an example, the original design of the Jefferson Nickel had Monticello at an angle and it looked quite pleasing, but the final design used an unflattering front view, boring  I guess the lesson is that buildings can be attractive if rendered with an artistic eye.  In addition, Mr. Brenner now had to share credit with Frank Gasparro, whose FG appear on the right side of the memorial's base.

9.       One minor sort of variety was the return of the San Francisco mintmarked Lincolns in 1968.  They had last appeared on circulating cents in 1955.  Nowadays, the S mintmarked cents are only seen in proof sets.  The circulating S mintmarks ended their run in 1974.  However, during that brief return, the hobby was gifted with several double die issues and a lot of excitement initially when the S returned.  I was a fledgling collector in 1968 and remember being thrilled by the return of the S..

10.   2009 was the Bicentennial of Lincoln's birth so the mint outdid itself with four different designs on the reverse of the Cent.  Two of those designs are doubled Lincoln's with his appearance on both the obverse and reverse of the cent.  There is an outstanding mint issued set that features all four cents, the 2009 Lincoln Dollar and a copy of the Gettysburg Address in one slick package.  xan be obtained for as little as $85 with postage.  Well worth adding to your collection.

11.   Since 2010 we have had the Lincoln Cent with Union Shield reverse.  This is definitely a call back to the civil war tokens and also a return to more symbolic devices.

12.   Finally, the West Point promotional set of 3 Lincoln Cents.  In 2019, the Mint decided to try and increase demand for their uncirculated set, proof set, and silver proof set.  Each set would include a W mintmarked cent, an MS one for the uncirculated set, a proof one for the regular clad proof set, and a reverse proof cent for the silver proof set.  I think it goosed sales to a certain extent but nothing dramatic.

You can see my NGC Custom set in its entirety at https://coins.www.collectors-society.com/WCM/CoinCustomSetView.aspx?s=27196.  It consists of 25 coins representing a nice cross section of Lincoln coin history.

I really like the 1955 Double Die. Even though itâ€™s an error I still wanted to mention it. And also I also like the Lincoln Cent too. Thanks for the information about the different varieties!

I do love steel Lincoln cents, I think represent an important point in our history.

Hey Golfer, I don't think I will be running the KidZone anymore but I will definitely be there on Saturday to help out in any way I can. I have not seen the wheaties yet but I know a contribution of that size is very very much appreciated. I am actually going to be driving out your way sometime in late February, Dillard PA, to pick up a large donation from the Kid Zone. Chick Ambrass, who used to live in the Pittsburgh area and is in fact shown on the pancoin.org website will be meeting me. Anyway, look forward to seeing you in May. Take care and stay healthy!!!!!

Great blog, very informative about things I didn't know about.

I'm trying to find a W coin in rolls.

Mokie ! Sorry you missed the fall PAN show. Hoping our club gets a table at the spring show. Fall show was really fun with LKNS attending. I donated around 6000 wheats to the cause !! Did you see them? Hope to see you in May. I plan to have giveaways for the YN from HCC if we have a table. Makes the show really fun on Saturday. If HCC doesn't have a table, I will probably attend and donate a few more things. Looking forward to the WPNA show January 22nd? I may try to attend. Take care !