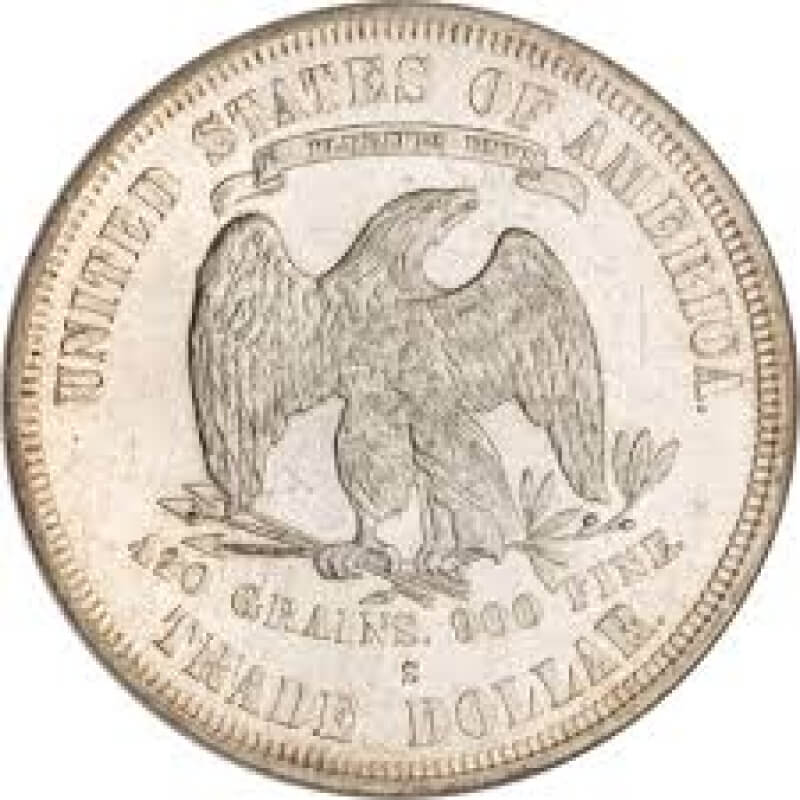 For my blog post for National Coin Week I am going to be talking about Trade Dollar.  The Dollar was about 1.8% heavier than the normal dollar that was minted before and after.  The US Mint made this change to 420 grains to compete wit Mexico's larger 8 reales.  This iconic coin was designed by the Mint's Chief Engraver William Barber who sis also the designer of the well known Barber coinage. The Obverse features Lady Liberty sitting on containers of goods looking out into the ocean.  The obverse design represents the huge significant this coin played in trade around the world.  The Trade dollars was minted from 1873 - to 1878 at the Philadelphia, Carson City and San Francisco mints it  was able to facilitate the higher trade frequencies with Mexico and China.  After only thirteen years it was not considered legal tender, in July 1886 due to silver price and value shrinking it was worth less than one dollar.  They were not once again worth a dollar until the coinage act of 1965 which made them legal tender and could be used at the store.  This is one of the most iconic coins and is highly sought after by collectors which sadly results in many counterfeits being sold on the market.  This dollar is definitely BIG and very Bold as it helped facilitate trade and build the American economy we see today.

Maybe one day I will own one.

Good luck with your Essay, Trade Dollars are certainly big (the biggest U.S. Dollar) and bold.

Don't have any trade dollars. Really like them. Nice blog.

I'm a big fan of these. Too bad China wasn't. Thanks.

Trade Dollars are a favorite of mine. Thanks for the review! ; )