Trench art refers to objects made from castaway items of military conflicts going back to the early 1800s, including items produced by prisoners of war. These objects serve as memorials of the soldiers and wars in which they were created, forming a unique window into the past. Among the most common materials used are bullets, shell casings and coins turned into art in the form of letter openers, ashtrays, matchbox covers, lighters, vases, love tokens and jewelry.

This art form came into its own in the trenches of World War I, where it got its name. Little trench art was actually made in the trenches but behind the lines by soldiers and civilians who were often already skilled in engraving or metalwork. Some was produced by injured soldiers as a form of therapy. Trench art was also produced after the war by residents of war-ravaged areas from scrap metal collected on the battlefields and made into souvenirs for sale to tourists.

Coins were often incorporated into larger pieces such as decorated shells and jewelry, or used on their own as canvases for engraved images and messages as love tokens, mementos, memorials or even awards for athletic competitions. This display features a wide selection of trench art — mostly in the form of engraved coins with messages including patriotic statements, expressions of love, records of service or memorials to lost friends — all providing a poignant and intriguing soldier’s view of the First World War. 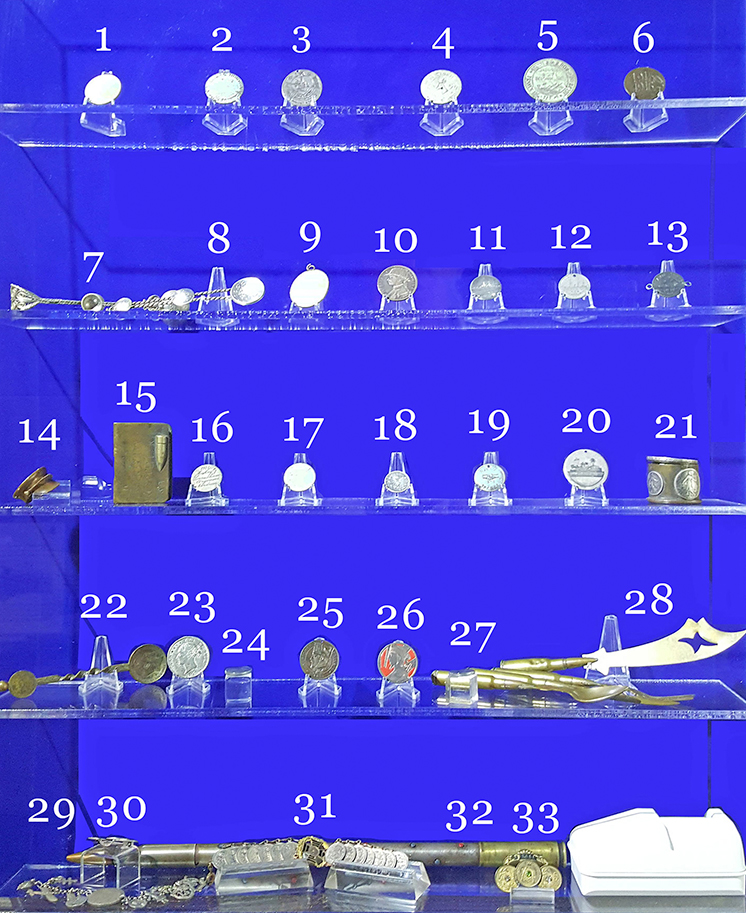