Money of Empire: Elizabeth to Elizabeth

The British Empire, more than any other, set the stage for the modern world in which we live. From small origins during the late 16th century, the British Empire expanded to become the largest empire in history and the most powerful global economic and military power for over a century. By 1913, Great Britain ruled over 23% of the world’s population (412 million people) and approximately 24% of the Earth's total land area. Truly, the sun never set on the empire from the late 18th century through to the mid-20th century. As a result, English has become the language of international communication and diplomacy, with British political, legal and cultural traditions leaving their legacy worldwide. 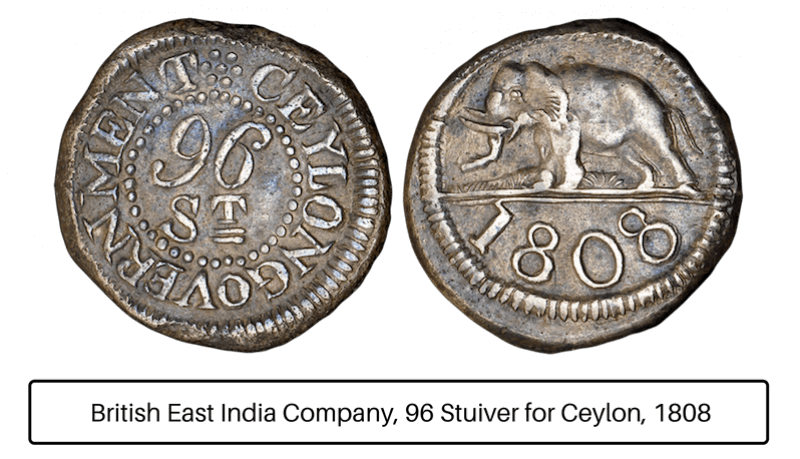 British naval supremacy and colonial possessions ensured control of the world’s seaways and thus trade, allowing the small island nation to play a role in world affairs out of proportion to its population for over 300 years. This power resulted in economic strength – English monarchs from the time of Henry VII (1485 – 1509) were considered to be amongst the wealthiest in Europe. Britain’s wealth was reflected in the English monetary system, which was a model of stability and became a backbone of the world economy, alongside Spanish Colonial coinage for centuries.

This exhibit uses money and medals to illustrate the development of the British Empire from its tentative beginnings under Elizabeth I (1558-1603) up to the present day. Elizabeth began the first sustained overseas expansion of English settlement to broaden commercial opportunities. The history of the Empire since then is, to a large extent, the story of the development of the modern world. Despite the gradual dissolution of the Empire since 1948, its influence continues to be widespread. There are 62 modern nations that were once part of the British Empire, most of which are now part of the Commonwealth of Nations. The Commonwealth consists of 53 member states united by language, history, culture and shared values. Sixteen of the countries recognize the British monarch as their head of state and continue to display Elizabeth II on their coinage – making her image the most common numismatic portrait worldwide.

The Edward C. Rochette Money Museum would like to thank The Map as History  website — home of the largest collection of animated historical map videos at https://www.the-map-as-history.com.

The museum would also like to thank  The British Pantry and Tea Room for their assistance with the exhibit.