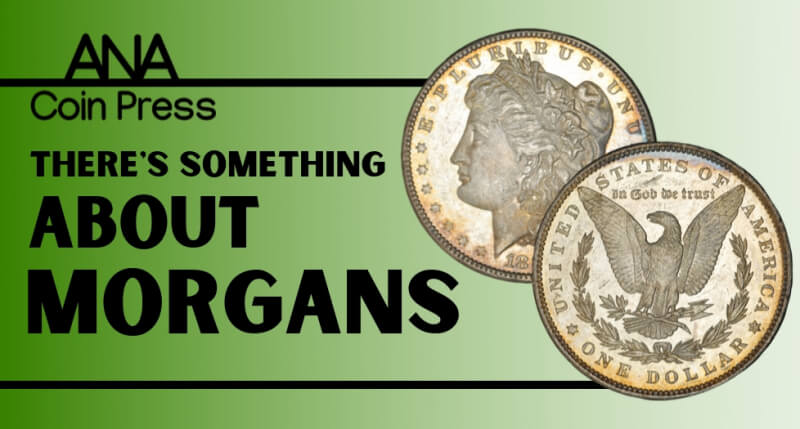 There’s Something About Morgans

What is the most prominent American coin series? There’s no way to say for sure, but the Morgan dollar is definitely in the conversation. Anywhere collectible coins are sold, you’re sure to find Morgan Dollars. Probably a lot of Morgan Dollars. And, maybe surprisingly for a coin last made nearly 100 years ago, many, if not most, will likely be in uncirculated condition. But once you know the story of the Morgan Dollar, their ubiquity makes perfect sense. 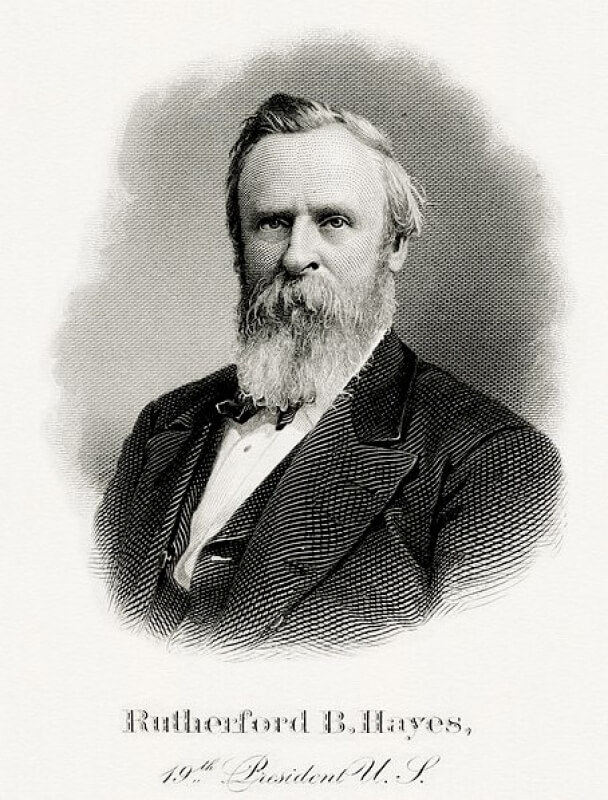 The Morgan dollar originated in the intense battles over monetary standards that raged throughout the late 19th century. In an era when a limited supply of gold was the dominant medium of exchange, and prodigious amounts of silver flowed from mines in the American West, many believed that expanding the money supply with silver would significantly improve economic conditions. But the Bland-Allison Act of 1878, passed over the veto of President Rutherford B. Hayes, was more about supporting silver mining interests. The act required the government to purchase millions of ounces of silver each month, and to use that silver to produce one-dollar coins.

Within 12 years nearly 400 million Morgan Dollars were coined, but, befitting their origins as support for silver miners, they rarely circulated. Silver certificates, supported financially by silver dollars, were much more popular. Though the coins barely circulated, the Sherman Silver Purchase Act of 1890 significantly boosted the government’s silver intake. A drain in the nation’s gold supply, and the resulting financial panic in 1893, ended silver bullion purchases.

"In God We Trust" in Gothic lettering is an interesting design touch.

Silver’s fate was sealed with the defeat of pro-silver Presidential candidate William Jennings Bryan in the 1896 Presidential election. The United States formally adopted the gold standard in 1900, and Morgan dollar coinage ceased in 1904. About half of the total mintage was melted, and the resulting bullion sold to Great Britain, after the Pittman Act of 1918. By then, the gold standard was firmly entrenched and faced no threat from the revival of silver dollar coinage in 1921. 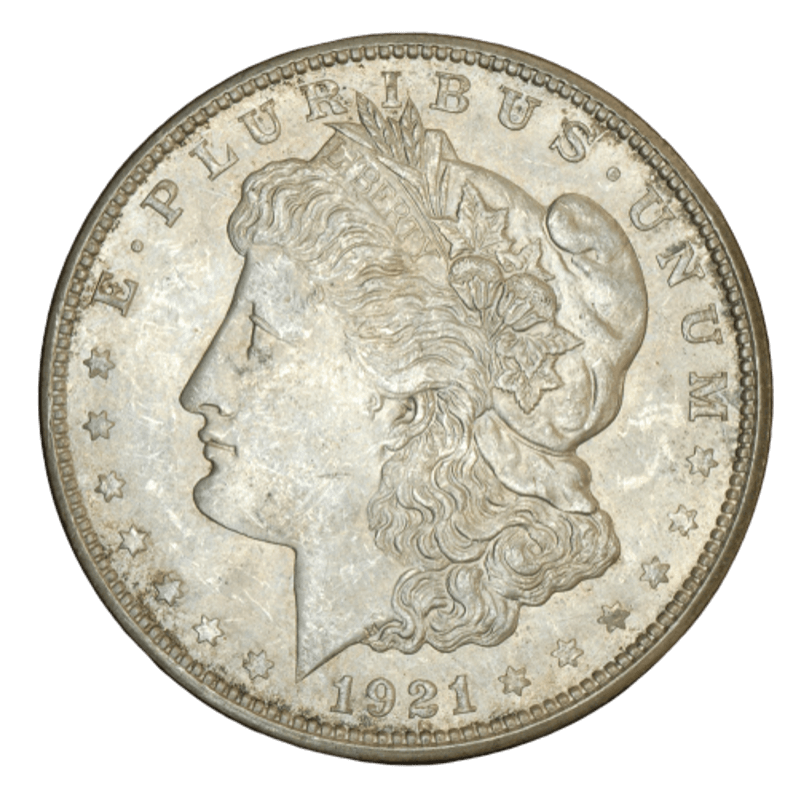 Compared to its tumultuous economic and political history, the creation of the Morgan dollar’s design was far more mundane. The coin’s designer, United States Mint Engraver George T. Morgan, emigrated to the United States from England in 1876. Morgan and Chief Engraver William Barber prepared a series of patterns in advance of the resumption of dollar coinage, and one of Morgan’s designs was selected. The coin’s obverse features a head of Liberty wearing a cap adorned with wheat and cotton leaves, while a slender eagle with outstretched wings appears on the reverse. “IN GOD WE TRUST” in Gothic lettering is an interesting design touch.

After being coined from 1878 to 1904, the coin’s design actually had to be re-created for a one-year issue in 1921. Morgan Dollar coinage had ended in 1904, seemingly permanently, and the master coinage materials were destroyed in 1910. But the design had to be revived in 1921, when the Treasury was anxious for new dollar coins (to support new silver certificates) while the new Peace dollar design was in preparation, leading to Morgan’s do-over of his 43-year old design.

Over the years, silver dollars trickled from the Treasury’s vaults to banks to the public – at face value! But in the 1960s, several factors combined to turn the trickle into a flood: growing interest in the coin hobby, rising silver prices, and the widely publicized release of some rare dates. The Treasury’s once-ample supply was nearly depleted, except for some rare Carson City pieces (later sold at a premium in the 1970s). And, in a remarkable case of “supply creating demand,” Morgan Dollars became a vital, and ubiquitous, element of the hobby.

Their history makes it understandable, but it’s still amazing that a big, historic hunk of 19th century silver, in nice uncirculated condition can be had so easily. Of course, cost varies with condition and rarity. It’s interesting to note that due to extensive melting (in 1918-1919, due to the Pittman Act) and long-term storage (including the millions of Carson City issues sold by the Treasury in the 1970s), the link between mintage and rarity is far from perfect.

There are many, many ways to collect Morgan Dollars. You can accumulate a few nice pieces every now and then as the mood strikes. Some date/mintmark combinations are nicer than others – if you buy only the most eye-appealing pieces you see, you will probably end up with lots of early San Francisco issues and very few coins from New Orleans.

You might try to represent every mint: Philadelphia (no mintmark), San Francisco (S), New Orleans (O), Carson City (CC), and Denver (D). Or, you might specialize in the issues of a single mint – Carson City coins are a popular choice. Or, if you’re feeling especially ambitious, you can aspire to a complete date-mintmark set. 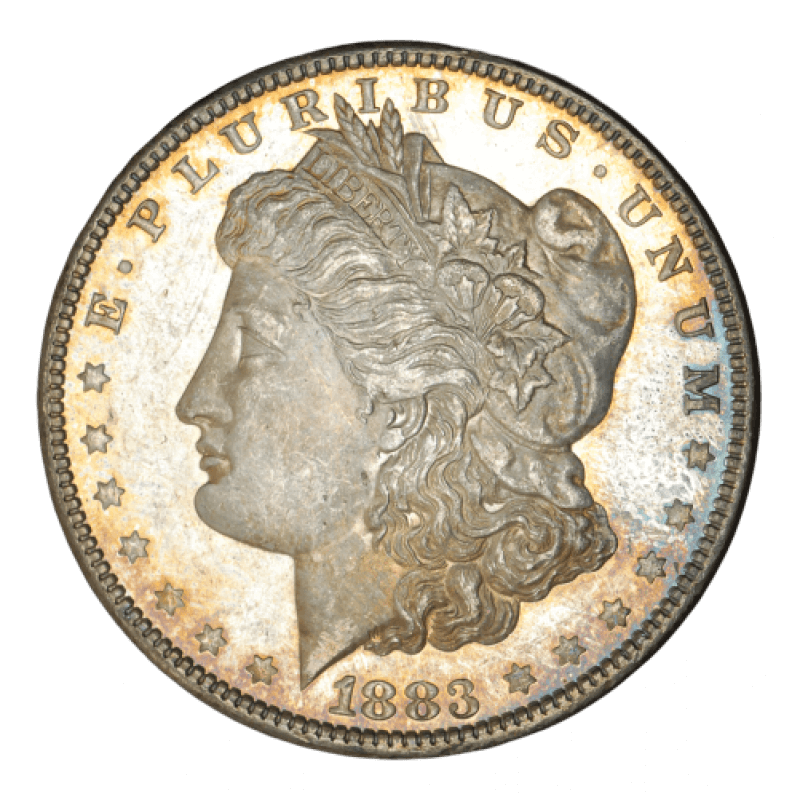 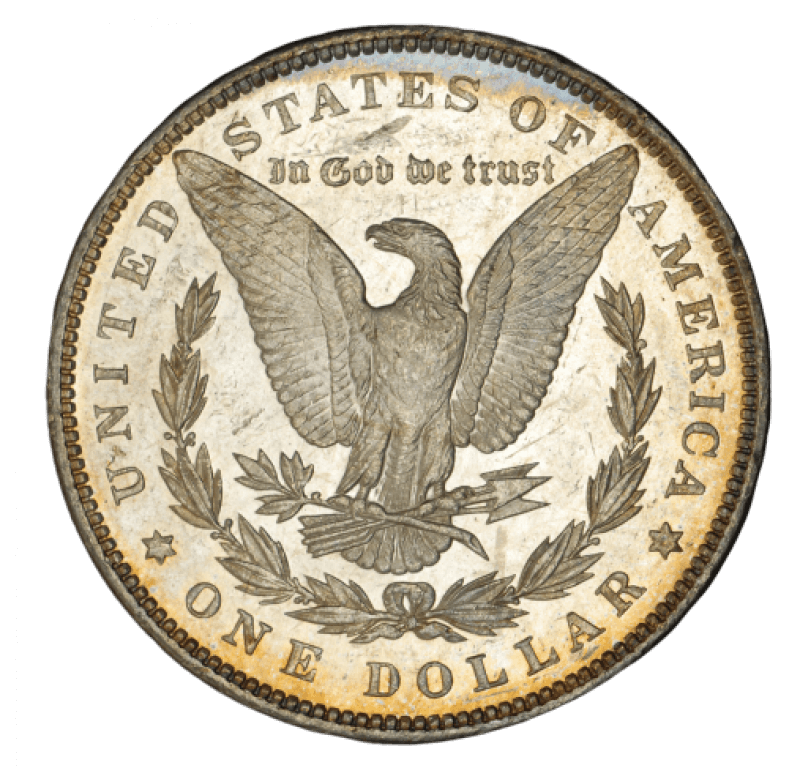 Specialists collect die varieties known as VAMs, for Van Allen and Mallis. These varieties arose from differences in the preparation of design elements (1878 issues with 7 tail feathers, 8 tail feathers, or 7 over 8 tail feathers), issues with dates and mintmarks (the overdated 1880/79, the overmintmarked 1900 O/CC), or damage to dies that leaves an interesting pattern of raised metal on coins (1888-O “Scarface” or “Hot Lips,” 1891-CC “Spitting Eagle” ). VAM collecting his highly detail-oriented, with so many varieties that it’s common to focus on a specific “Hot 100” list.

However you collect, it’s best to always seek original surfaces, avoiding coins with a washed-out appearance due to “dipping” in a cleaning solution. Buying slabbed examples helps you to avoid problem coins. You will occasionally see Morgans that are “prooflike,” with cameo contrast generated by freshly prepared dies. 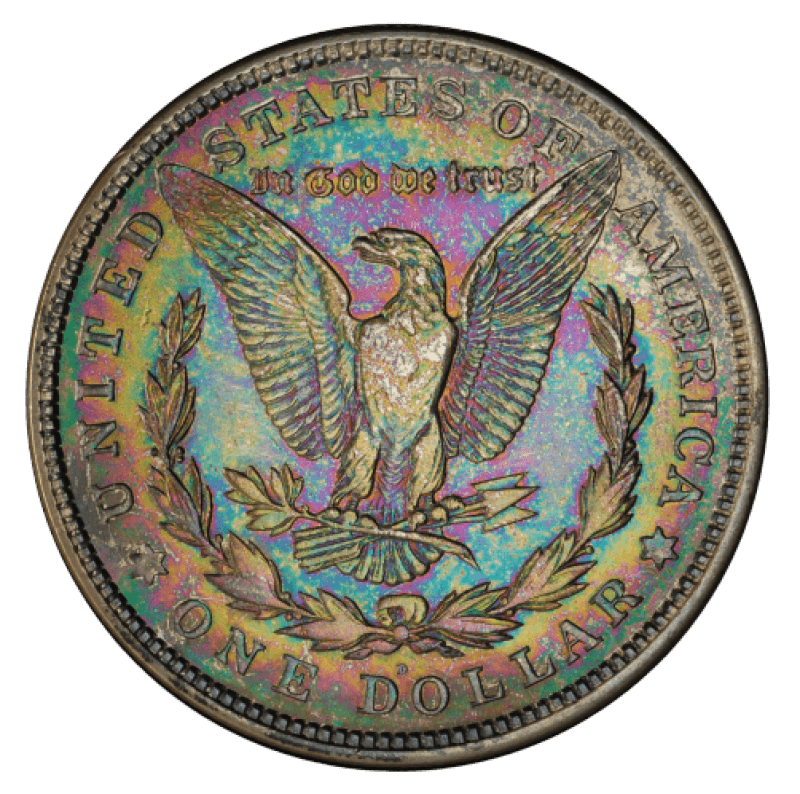 And then there’s toning. Sometimes, after decades of storage, the sulfur in canvas bags reacted with silver to produce a surface film that is visualized as colorful toning. Patterns and colors vary dramatically, and it’s a fun exercise to try to reconstruct what might have caused a particular coin’s coloration (albums and envelopes can also cause distinctive patterns). For pieces with pretty “rainbow” toning you can throw the price guides out the window. A beautiful, colorfully toned Morgan can truly make a collector’s heart race.

With its combination of history and affordability, every numismatist should own at least one Morgan dollar. But be careful: with these artifacts of American history, it’s easy to get hooked.

If you are a fan of Morgans, be sure to call or email your Congressional representative and tell her/him to support the 2021 silver dollar commemoratives bill H.R. 3757. Click here to learn more!