2017 marks the 100th anniversary of United States involvement in World War I. To honor the connection between numismatics and the military throughout history, “Conflict and Courage: Money and the Military” is the theme for the 94th annual National Coin Week, April 16-22. The ANA is offering a variety of activities and educational resources, including downloadable exhibits, articles from The Numismatist, a youth activity and more (see below).

Question #1 | April 18Money and the military have been connected since ancient times. A well-known issue of military-themed coins was produced by a famous Roman general to pay his troops before a battle in which he was notoriously defeated, eventually leading to the formation of the Roman Empire. These coins featured a galley (war ship) on one side, and a Roman standard (Aquila, an eagle) on the other.
Name this general, the coins’ most common denomination, and the battle that lead to the general’s downfall.

ANSWER: Mark Antony, denarius, Battle of Actium (31 BC). Octavian's (later Caesar Augustus) victory in this naval battle set in motion end of the Roman Republic and beginning of the Roman Empire. 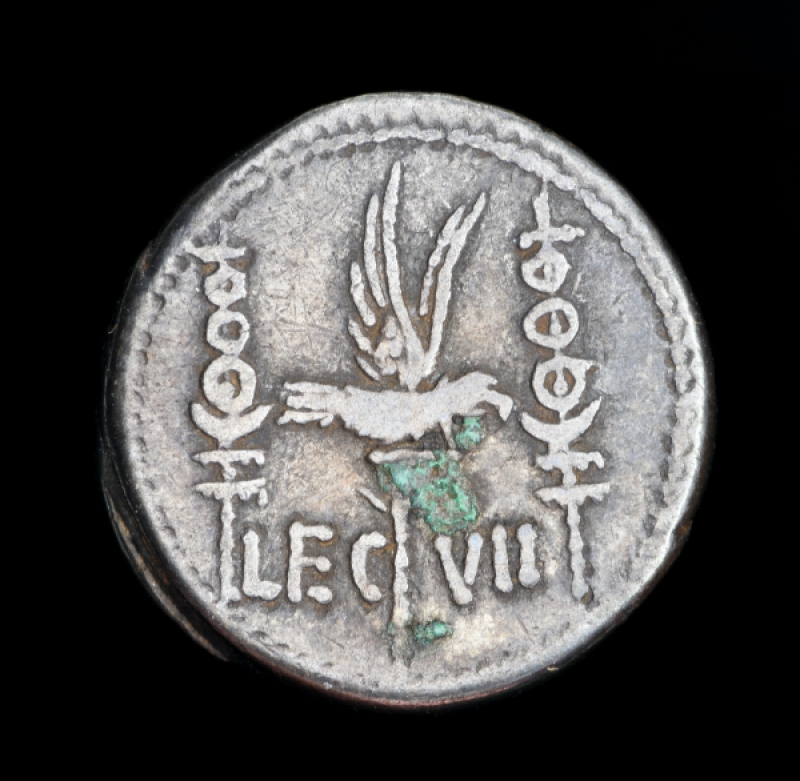 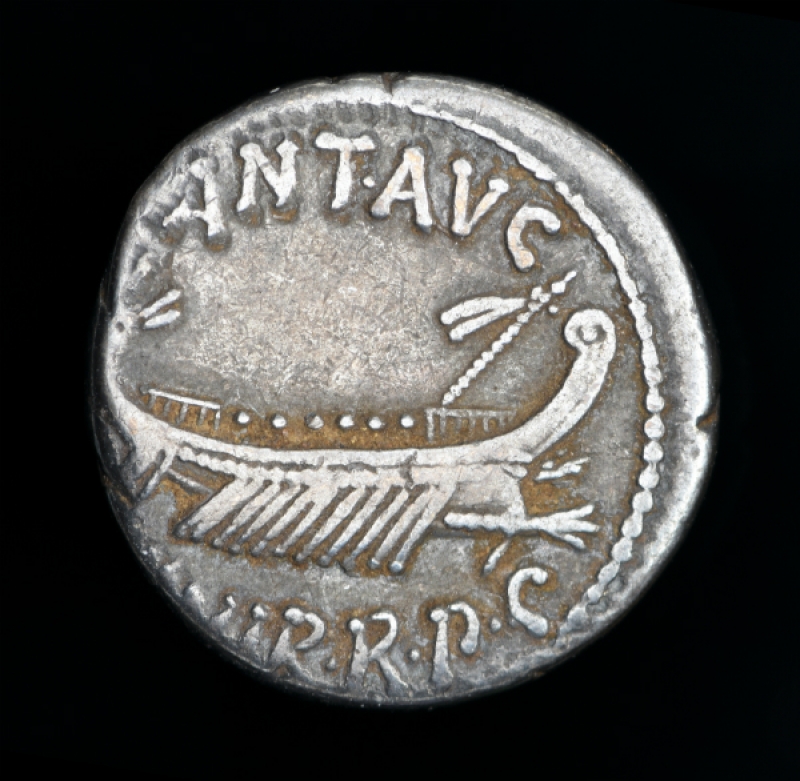 Question #2 | April 19Money of the United States was changed forever by the American Civil War (1861-1865). Federal paper money and fractional currency were issued for the first time, a wide range of tokens and scrip was created, and the new 2-cent piece became the first U.S. coin to feature the motto "In God We Trust."
When the war began five U.S. mints produced federal coinage. Three were captured by the Confederacy and eventually ceased operation (one reopened as a U.S. mint well after the war).
Name these three former U.S. mints. To find this answer and learn more about the ANA collection, visit our Virtual Exhibits page. 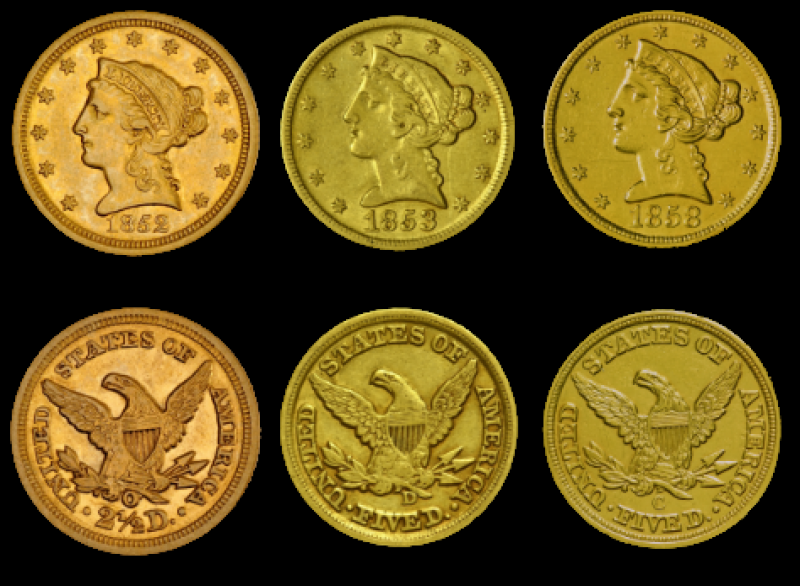 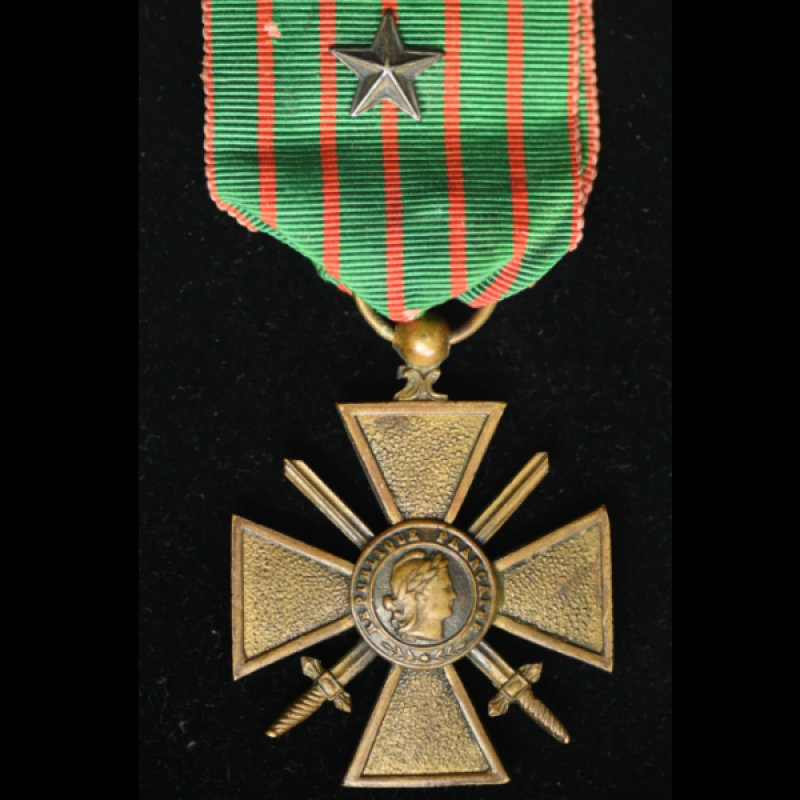 "You call these baubles, well, it is with baubles that men are led... Do you think that you would be able to make men fight by reasoning? Never. That is good only for the scholar in his study. The soldier needs glory, distinctions, and rewards." -- Napoleon BonaparteMillions of military decoration medals were awarded honoring service during World War I. Every combatant nation had medals for acts of heroism and achievements, outstanding service, and participation in specific battles, campaigns or theaters.France created a military decoration in 1915 to recognize French and allied soldiers for valorous service during World War I (and later during World War II and other conflicts). It was awarded to individuals, military units, and cities or towns that were destroyed or attacked. This medal became the third ranking French military decoration after the Légion d'honneur (highest civil and military award) and the Médaille militaire (highest military-only decoration).

What is the name of this military decoration medal (pictured)?

ANSWER: The Croix de guerre. This medal was awarded to soldiers from all Allied nations, including the famous U.S. "Harlem Hellfighters."

One fascinating way to learn about the impact of World War I is through the medallic art it inspired. Medals were created by artists from every combatant nation to commemorate battles, military leaders, casualties and destruction. Political messages were also a popular subject, as artists used stark imagery or humor to criticize different aspects of the war.One organization with a huge impact on World War I was the subject of a large number of medals. Founded in 1863, during the war it arranged for the exchange of over 200,000 prisoners of war; transferred mail, money and aid packages to soldiers on both sides; gathered records that enabled over two million soldiers to be reunited with their displaced families; and sent delegates to inspect more than 500 prisoner-or-war camps. What is the name of this still-relevant organization?

ANSWER: The International Committee of the Red Cross. The organization was awarded Nobel Peace Prizes in 1917, 1944 and 1963. 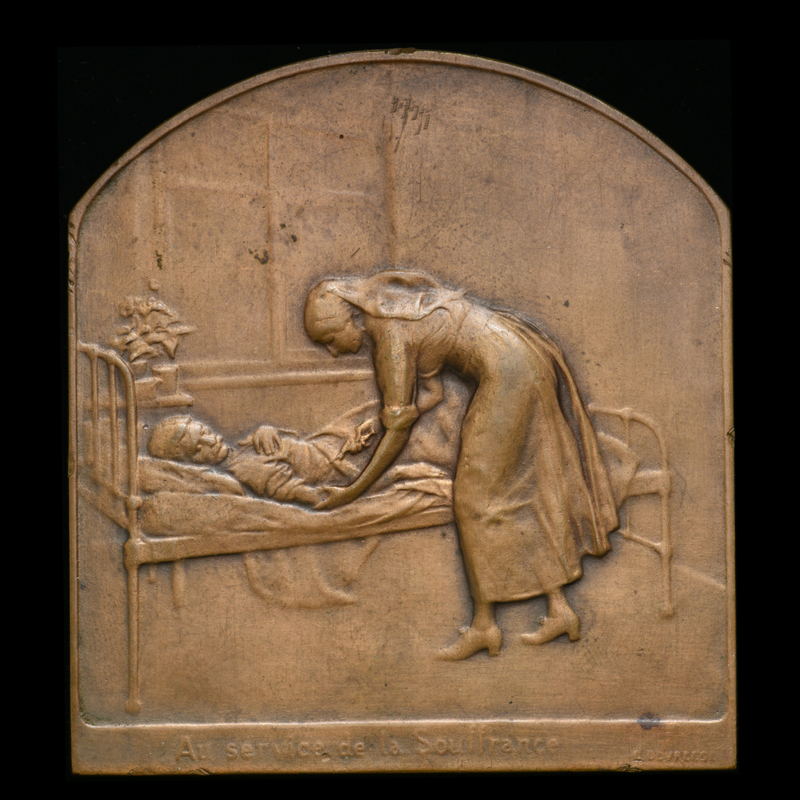 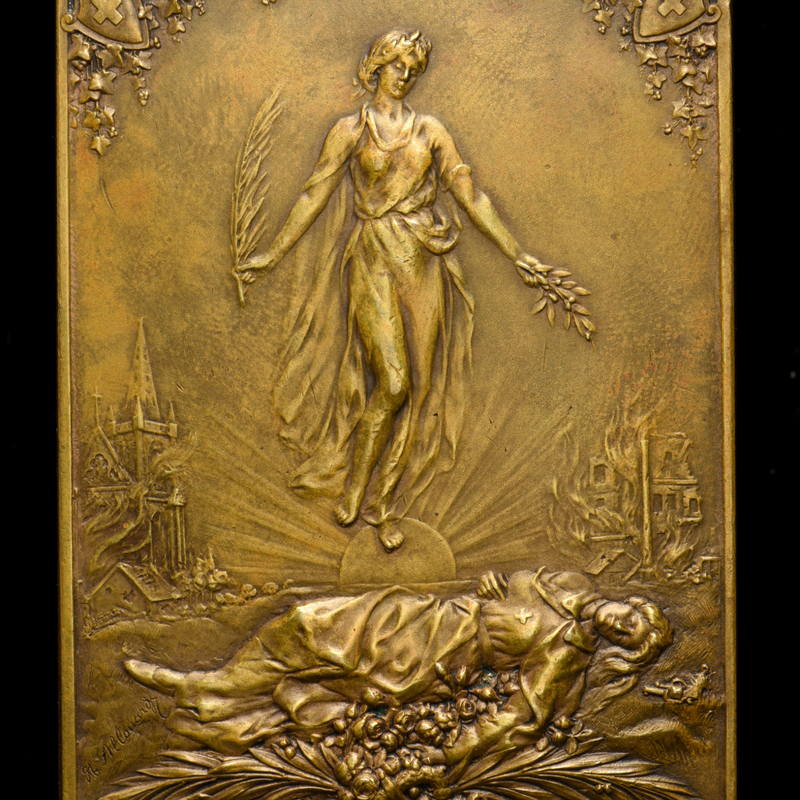 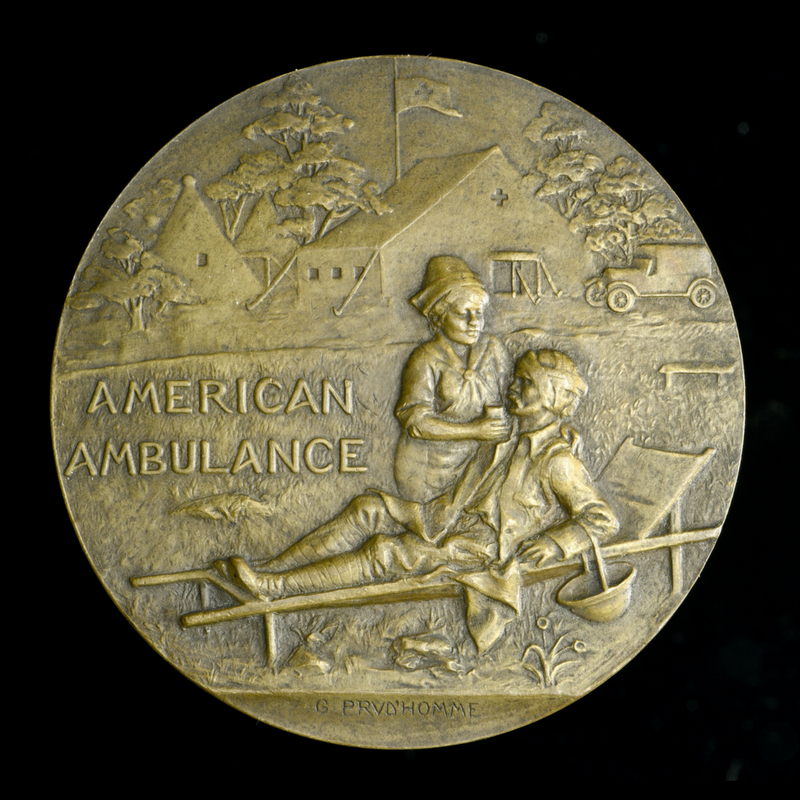 World War II was the most costly and destructive war in history. More than 60 million people perished as the world's political, economic and social framework was forever changed.

The war saw new issues of coins, paper money, tokens and scrip, and since the war ended in 1945 thousands of commemorative coins and medals have been created.The United States Government altered the design on certain silver certificates and Federal Reserve notes during World War II. In the event these special notes were captured by German or Japanese forces, they would be demonetized by the U.S., making them useless to the enemy.Name the two geographic locations these altered notes were distributed.Explore the ANA's collection here.

Medallic Remembrances of World War I

World War I (1914-1918), also called “The Great War,” or “the War to End all Wars,” forever changed history.  Unprecedented bloodshed on the battlefield was accompanied by social upheaval and revolution as ancient empires toppled and new nations were founded.

One of the most illuminating windows into understanding this period is through medallic art. Medals have been a popular form of artistic, commemorative and historical expression since the 15th century, so naturally they became important for expressing the events and emotions of World War I: patriotism, triumph, outrage, horror, loss, nostalgia and defeat.  Medals were produced by all combatant nations during and after the war. There are several iconic medals remembered today, such as the iconic Lusitania medal, but the vast majority have been forgotten.  This page presents many of these medals and gives a sense of what artists felt about the terrible calamity they experienced.

Click here to read the full article on our blog. 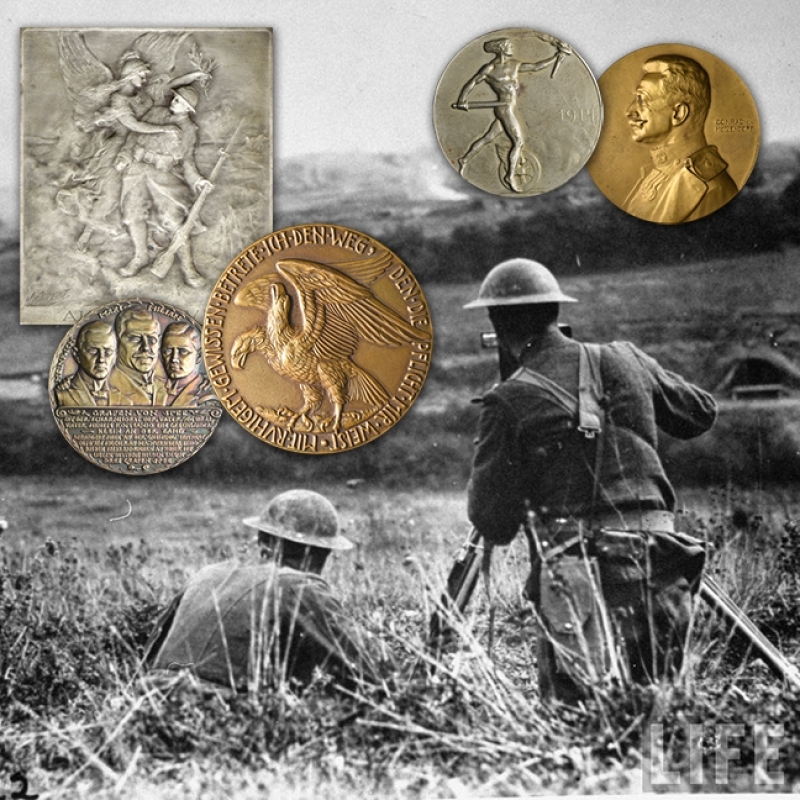 WWI Articles from  The Numismatist 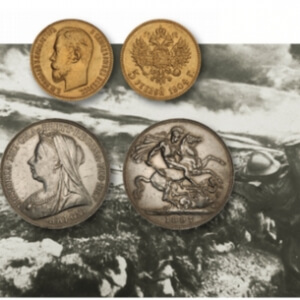 The Guns of August 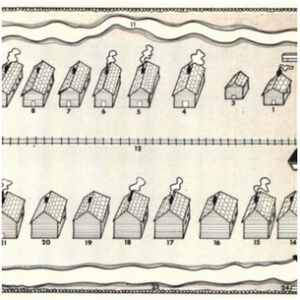 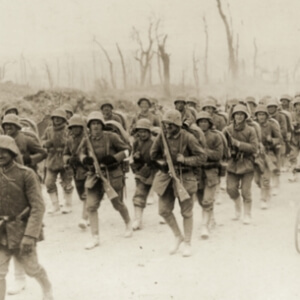 Felix Schlag and the Great War 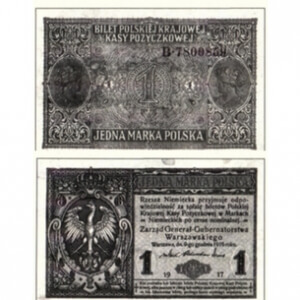 Tools of Propaganda and Power

During the First World War, Germany used coins and paper money to curry favor and secure control of Poland 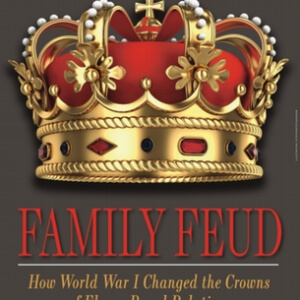 How World War I changed the crowns of eleven royal relatives 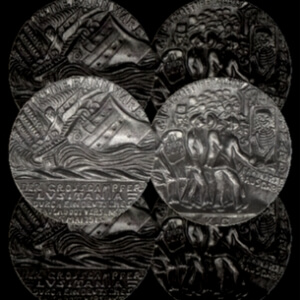 The Medallion That Fueled a War 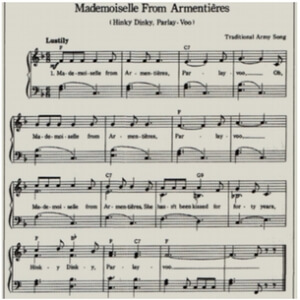 Armentières and Its Mademoiselle 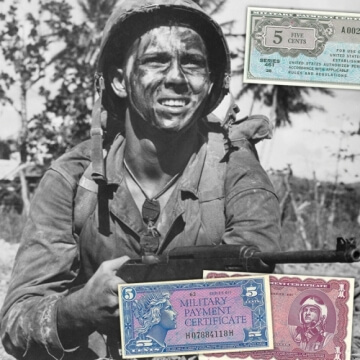 The American Numismatic Association (ANA) and its Money Museum will celebrate National Coin Week, April 16-22, with an array of activities, including an open house with free admission and special events on Saturday, April 22 from 10:30 am to 5 p.m. 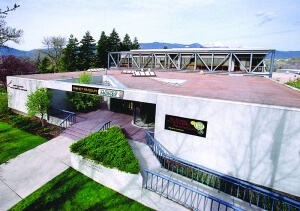 Download and print these 11x17 panels to use in your National Coin Week display. 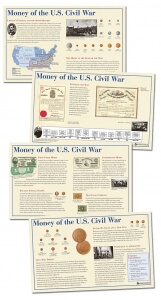 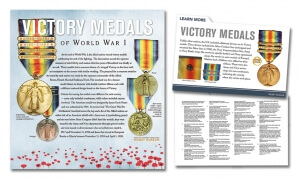 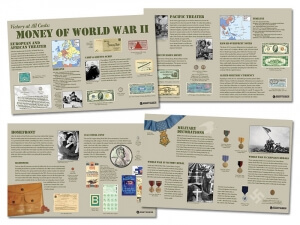 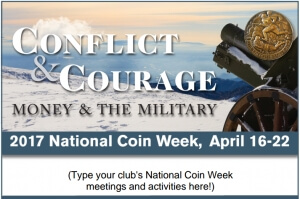 After downloading, open the file and customize to your club's needs. 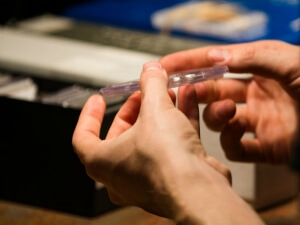 There are more than 400 ANA-member coin clubs across the nation. Find one near you.&nbsp; 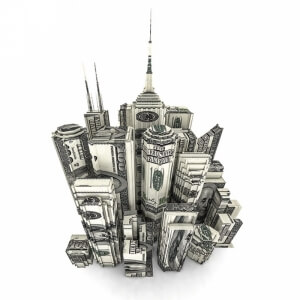 GO TO THE CLUBS SECTION 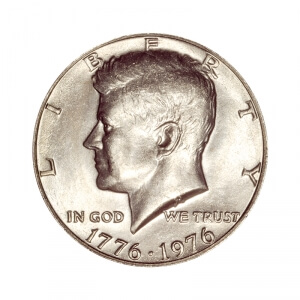 The history of National Coin Week