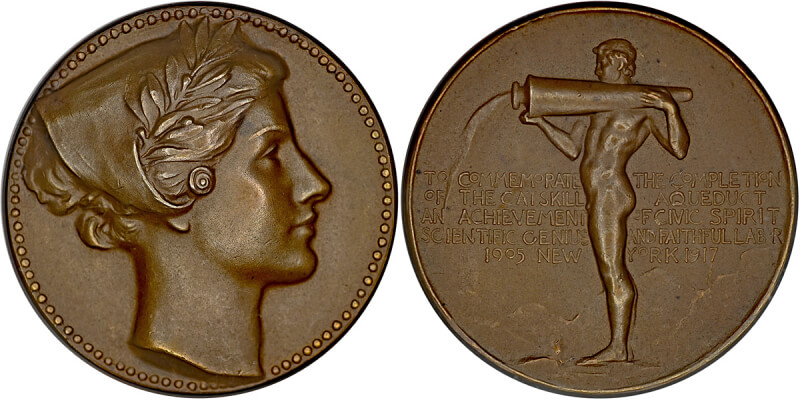 The branding of the Medallic Art Company really began with the founding of the Art Students League of New York in 1875. In the early 20th century New York City became the arts center of America. It is no wonder with instructors like Augustus Saint-Gaudens, James Earle Fraser, Daniel Chester French, and students like Laura Gardin. (This same Laura Gardin would later marry James Earle Fraser in 1913).