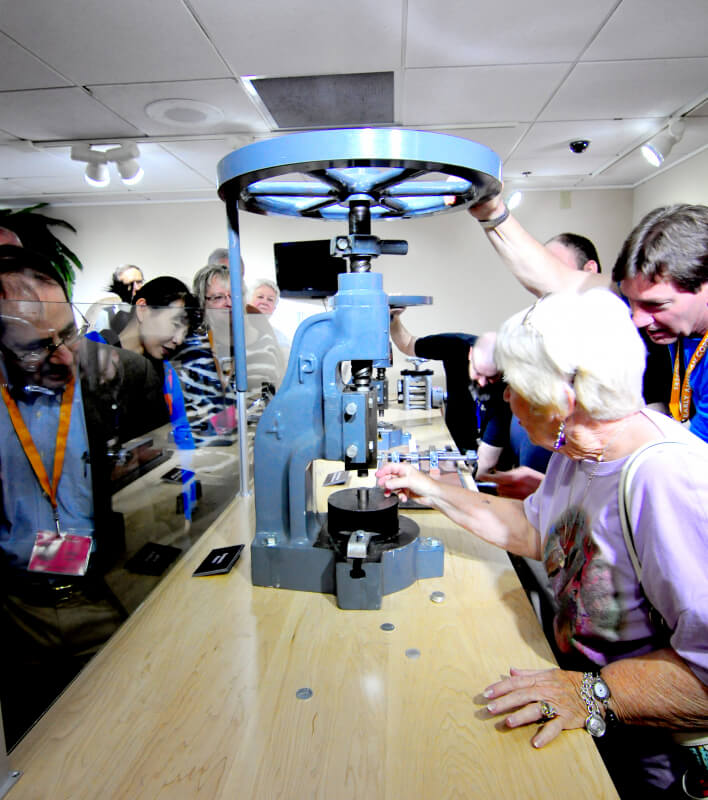 The Mini-Mint at the Money Museum

A good screw press in the early 19th century had the ability to generate 15 to 20 tons of pressure per strike and could produce about 30 coins per minute. Not bad for a machine that had to be operated by hand.

The public can see a smaller version of such a screw press in action monthly at the American Numismatic Association's Edward C. Rochette Money Museum.

Museum staffers will be on hand from noon to 4 p.m. on the third Saturday of each month to demonstrate the minting process and produce commemorative coins for museum visitors to take home.