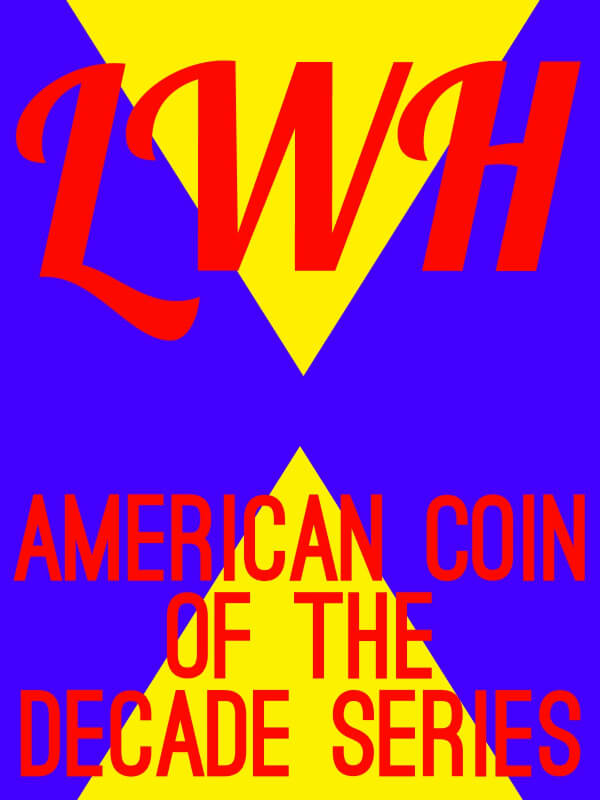 This is part eight of an eleven-part blog series.

During World War Two, numerous steps were taken throughout the nation to save war material. Coins too were among that throng. The Jefferson nickel alloy was modified to save nickel, with silver being part of the alloy. Excepting errors, the "Wartime silver alloy" nickels, minted from 1942-1945, are very inexpensive. The mintmark was relocated as well for the wartime nickels, taking position above ‘Monticello’ on the reverse.(The overall Jefferson design will be discussed later on). An interesting alloy for an important cause, the "Wartime silver alloy" Jefferson certainly deserves this award.

Another wartime material saver, the "Steelies" were not as successful as the modified alloy Jefferson nickels. Again, with exception for errors, prices are very low. Interestingly, bronze 1943 and steel 1944 errors are known to exist, though heavily counterfeited. One way to test, perhaps not the most professional, is to see if the coin will stick to a magnet, revealing it’s true alloy nature. While both the wartime nickel and penny are interesting, the penny edges it out due to it’s more dramatic appearance, and the fact it was minted for a mere year. A fun alloy from an important time in history, the "Steel" cent(and wartime nickel) demonstrate how World War Two affected everybody, in trenches and at home. Thanks to a dramatic alloy and appearance, the Lincoln "Steel" cent wins champion.

A short-lived series, as the Kennedy half-dollar replaced in 1964, not too long after Kennedy’s assassination, but nonetheless well-done. In general, the depiction of Benjamin Franklin was very appropriate(though wouldn’t it have been more interesting if he were on the penny? "A penny saved, a penny earned…") considering his important role in the founding of our nation, international diplomatic relations, mainly with France, and to top it all, his invention and discovery. That’s an electric resume to have!(get it? Electric, lighting, kite, lightning rod…) Regardless, the design itself is pleasing, with, as aforementioned, Benjamin Franklin on the reverse, with an impressive liberty bell on the reverse, as opposed to an eagle, which makes sense, though a turkey would even more so(Franklin supported having the turkey, not the eagle, as our national bird). An impressive design honoring a multi-accomplished founding father, the Franklin half-dollar easily wins this award.

Before leaving comments like, "You cheater!", "THREE times! Really!?", or "Follow your own rules for crying out loud!", please notice, I actually have followed my rules. The first time a Lincoln cent received an award, it was for a specific date, and in runner-up. Then the specific Lincoln cent from 1943 won champion. Finally, the Lincoln cent (wheat reverse design) now as a whole has won champion. In two cases, it was a specific date, and in this case, the only singular time it occurred thus far, it was the design and denomination as a whole. With that out of the way, back to explaining why this coin(s) won this award. Probably the most iconic of all series for newer numismatists to collect, "Wheaties" certainly have a nostalgia factor, harkening back to the golden age of roll-hunting and pocket-change hoarding/collecting. The majority of these Lincoln cents can be had for a small price, except for some key-dates, along with various errors, particularly the most expensive of the "Wheaties", the 1955 double-die reverse, hitting five figures in grades even as low as VG-20. A true piece of numismatic history, the Lincoln "Wheaties" take home champion for this decade.

These were tough eras but personally, I would not have given the Lincoln two awards, I would have gone with the Jefferson Silver, because it ran for 5 years and was also a radical departure from the norm, plus it can still be found in circulation. and The Wheat back Cent. But you make me think and that is always helpful to this old man.