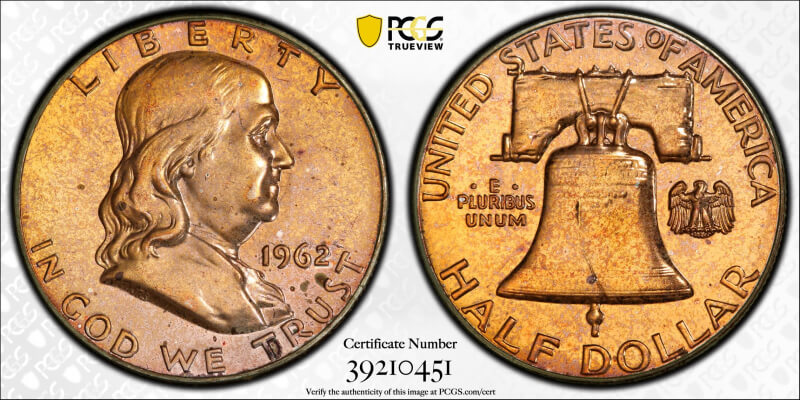 Wow. Some great looking coins. If you only knew what they looked like before you opened the boxes! That would be the proof that the grading agency needed.

I'm with you on many points. Although I've yet to actually submit one for grading, and like yourself, I prefer PCGS as well. This is not to say there is anything wrong with NGC or ANACS as I own these as well. What I've found is that for older coinage, 1899 and earlier, PCGS seems to hold the slight advantage on grading. NGC seems on par or a bit better for those of the modern era. ANACS consistent and comparable within the moderns and the one I'd chose if buying a details grade. Which I have. While I'm a raw, uncertified collector with 90% being in Air-tite holders I have no problem cracking them out if a hole needs filled. The remaining 10%, mint-state examples, errors, duplicates, and so forth remain in the third party holder. But that's just me.

100% with you all the way. I like NGC and Anacs as well. Anacs holds such an important role because if you can get an attribution on a coin that neither PCGS or NGC donŌĆÖt recognize then once received, if lucky, you can submit to either PCGS or NGC and acquire the new attribution. I have yet to try it, but upon an upcoming article, I will be soon however. Have you seen the discrepancy in pricing of modern bullion in NGC vs PCGS? Such as Pandas? Whew, it is almost as egregious as the CAC green bean vs non-CAC green been sticker on a coin. I really enjoy raw coins, but because I live in Florida I need the added protection against humidity.

A good idea for future toned submissions may be to say no details grades please. It may work the wrong way though and make them nervous.

I know, right? There is just no winning this. (I am laughing because it is funny how one idea can still put a damper on the over all effect). Luckily toning is a niche and not the norm. I just chalk it up to a learning experience. Luckily too, I donŌĆÖt feel I wasted the vouchers. Honestly, I wanted these slabbed. I have other coins, non toned, and would have been happy with those but would have wished I submitted these. That would be a huge gamble though, No details and return unslabbed. They return it in a huge plastic flip still, I have a Peace Dollar that it happened to and was stated having PVC. I have yet to have it conserved, but might one day.

I have two toned coins i sent to NGC . No problems. PCGS is very liberal with there grading. I see the comparissions and if NGC grades a coin 69. PCGS will grade fourty percect more 70. I whant a real grade. Not every coin is 70. But PCGS thinks they are. There are allot of oeoblems with toned coins. There getting good at artificially doing it. Inagree with the comment before that said PCGS has b no idea were they camenfrom. And when sending any coin in write a note exactally what you want. I so never had a peoblem. I would of written only grade the 1971 quarter do not clean they cant read your minds. Write a note or else there just gonna do what you put on the sheet.

All those coins are perfect examples of how a coin tones. Not a thing wrong with them. I am no expert and it's hard to tell from a photo but I did take a toning class at a Summer Seminar. We even got to talk to a "coin doctor" on the phone and ask questions. I would crack them out and send to NGC. It's even still open. I had a opposite experience. I bought a beautifully toned coin from my regular guy. It was a "CC", I don't recall the year but it doesn't matter. It had a great rose tint in the place it should be in the color progression of a Morgan. This coin was raw and I asked my dealer to send it in as he had a stack ready to go. He only uses NGC. Well when it came back it had been CONSERVED!!! All the toning gone. NGC had called and asked my guy if he wanted a certain coin he had also sent in to be conserved. He said yep. They did ALL the coins. I didn't buy the coin then. Now I send in all my own. I also like ANACS but they are closed now. Good luck and great blog.

I couldnŌĆÖt imagine that experience you had. Especially a CC Morgan rose color toned. Thank you for the advice. I was thinking the same thing too. I have never cracked a coin out of any holder, I have accidentally cracked an original Old Holder from PCGS (the very small one) that had a beautiful Silver MS Ike in it. I did not know it was so fragile and put it in my pants pocket and when I sat down I heard a ŌĆ£crackŌĆØ. Sucked. Still have it too. I think one lesson for me is to keep my coins in the OGP as long as I can and then send all of them in for grading and make a note for the graders that these all came from OGP. They may not care but at least worth a shot. I was planning on going to the Summer Seminar in Colorado for the Coin grading class - Intermediate. I canŌĆÖt wait to start going to those year after year because I seriously enjoyed Basic 1 & 2 this past January so much.

I guess spectacularly toned coins always carry a stigma of possible artificial toning. You know where they came from but PCGS is only going on what they feel is their best judgement. Maybe if you were a well known dealer or collector with a strong PCGS history, the toning might be viewed favorably.

Very true. I donŌĆÖt blame them, per say, but I am objecting to the Details I received. I just think the Voucher is completely wrong for the type of coins I sent thinking about it. Yes there is a dollar limit that theoretically all these fall under, but in an auction and possibly CAC stickerŌĆÖd the prices may have gone astronomical, I donŌĆÖt know. But wonderfully Monster coins need to go through a proper level with a higher dollar limit for value of the coin for that level of service.

Would be disappointed also if the coins came out of OGP and came back details. Ive seen some ugly toned coins that look crusty have MS66 grades. Not a fan of ugly toning even if the coin has a good grade. Nice story and thanks for sharing.

I very much agree. They are able to look past the crust and net grade per coinŌĆÖs full appearance. I donŌĆÖt ugly coins grading high, I do since I took the class this past January, but I donŌĆÖt from a collector stand point. But I can find some heavy dark toned coins interesting just based on what is darkened and what is not, as well. I wouldnŌĆÖt mind cherry picking a crusty old coin and then send in for conservation services.

All these coins have the rims toned... meaning the toning is from inside out. The toning isnŌĆÖt just on the surface, but deep in the coins surfaces.