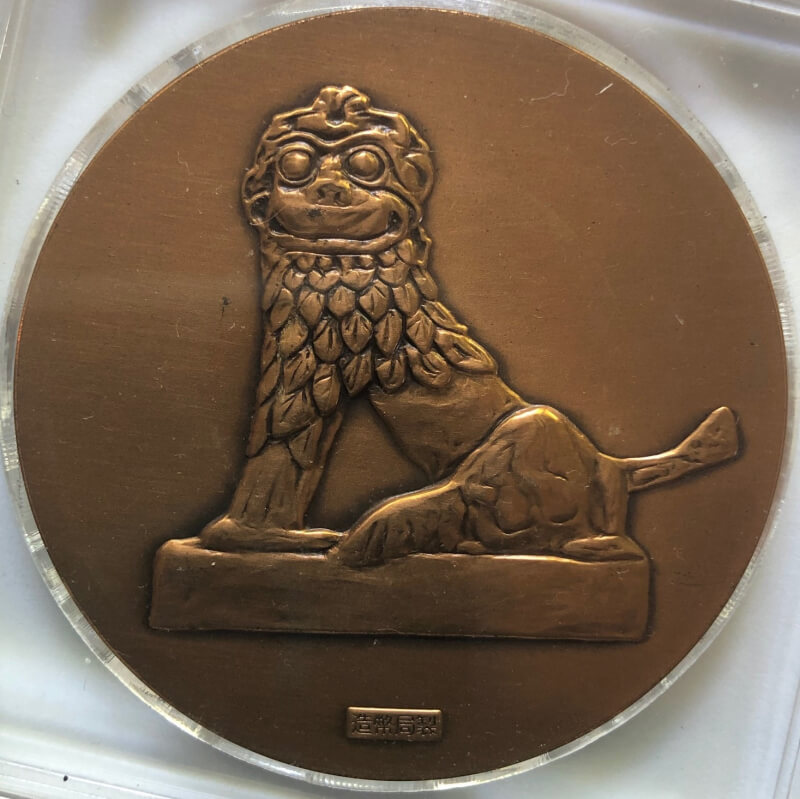 As some of you are aware, I was born in Japan.Ý But more specifically, I was born on the Japanese Island of Okinawa.Ý For those of you who are World War II history buffs, Okinawa was the location of one of the bloodiest battles in the Pacific Theater.Ý The battle to occupy Okinawa was also the last major battle of World War II.Ý Okinawa is in the East China Sea about 500 miles from the southernmost main Japanese Island of Kyushu.Ý Given that short distance, it is obvious why the U.S. fought so hard to occupy the island.Ý Incidentally, the Island was formally returned to Japan in 1972.ÝÝ

There is still a significant U.S. military presence on Okinawa, but forces have been reduced in recent years while the American Territory of Guam has been used to absorb those formerly Okinawa-based forces.Ý

The medals you see pictured on this blog were sold as souvenirs of the Okinawa Ocean Expo held in 1975.Ý The Expo showcased Okinawa, still economically depressed at that time, to the world and turned the pristine tropical beaches of Okinawa into a major tourist destination for both Japanese and mainland Asians.Ý There was also a coin minted for the Ocean Expo but that will be featured in a future blog about the commemorative coins issued for Okinawa.

These are really some great medals! Nice additions to your collection! Thanks for sharing them ; )

Nice to have items in your collection to remind you of your life. Nice blog

Those are some neat medals. Japan is on my bucket list of destinations. Also a history buff here so I know the importance of Okinawa.

wow. This was a great blog. I have been learning about the attacks in school (well, I was learning about them) They were pretty deadly. Do you know how many were minted of those metals. I am not a collector in metals so I do not know if mints make them. Anyways, great blog!

Thanks Steel Cent, I do not know how many of these medals were made but I would assume they were probably just a few thousand of each. They were actually expensive back then but much cheaper if you buy them today. I am lucky as all my medals are still in their original packaging and that helps keep them in good condition although I did notice my silver plated fish is starting to lose some of its plating. These were made by a private mint and not the Japanese Mint.

Awesome Medals. I would love to have a couple of them, especially the mermaid medal. Would love to visit Japan sometime.

I being a history nut know much abot the battles that went on there. They were terrible for both sides. The Japanese men woman and children were told terrible things that the Americans would do to them if caught. A terrible lie. Both lost in that battle. The wost fighting on the eastern front. The medals are beautiul. Im glad there starting to pick up as we get out. Great blog and beautiful medals. Just like all Japanese art. Sort all over the world. Thanks my friend.

OK. Now you went and did it. I have to get that Dragon Boat medal. Thanks a lot. haha! Those are all great medals/ Beautiful. Were you ab;e to attend the Expo? Also, did the Expo achieve it's goals of tourism. I have another friend from Okinawa. He does not consider that he is from Japan. He is from Okinawa. Great guy. Thanks for sharing these with us. I look forward to your next blog.

Speaking of a dragon design I found this stunning rendition of a dragon from the Germania Mint. https://germaniamint.com/fafnir-geminus-1oz-silver/

Hey Longstrider, I did not attend although I was visiting Japan in the summer of 74 and the summer of 76 so kind of bracketed the Expo. The Expo did achieve its goal of firing up the Okinawan economy by building a now thriving tourism industry. The tropical weather and its proximity to Korea, Mainland China, Taiwan, and the Japanese main islands makes it ideal, kind of the Hawaii of the East China Sea. Okinawans definitely do not think of themselves as truly Japanese, they were there own Kingdom of the Ryukyu's until the Meiji period. Since Japan annexed them, they have not been completely happy campers, even to this day. (: