My Coin Collection So Far 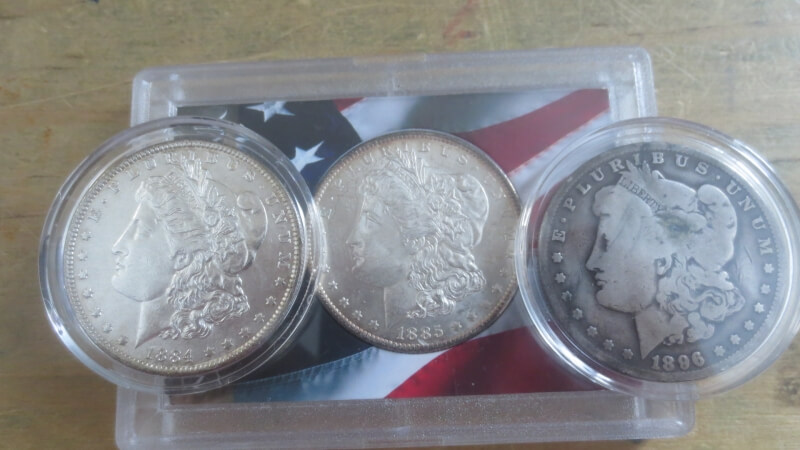 The westward journey nickels are not copper and silver, as you say, but they are actually copper and nickel.

Good coins you have.

Sounds like you've got your collections speeding ahead! Always remember to keep focus of your collecting goals, with the addition of random coins that make you say wow!

Thanks for the compliment! I try to do that! Most of my purchases are missing Buffalo or Jefferson Nickel, Indian and Wheat Penny Dates. If I see a good deal though, I'll go ahead and buy it, like an 1894 V Nickel in G-4 that I won at $6. Enjoy Collecting!

I am sorry about the pictures, I put 4 additional pictures on, but only this one showed up! Anyhow, I have my best picture of my Morgans! Enjoy collecting everyone!!!