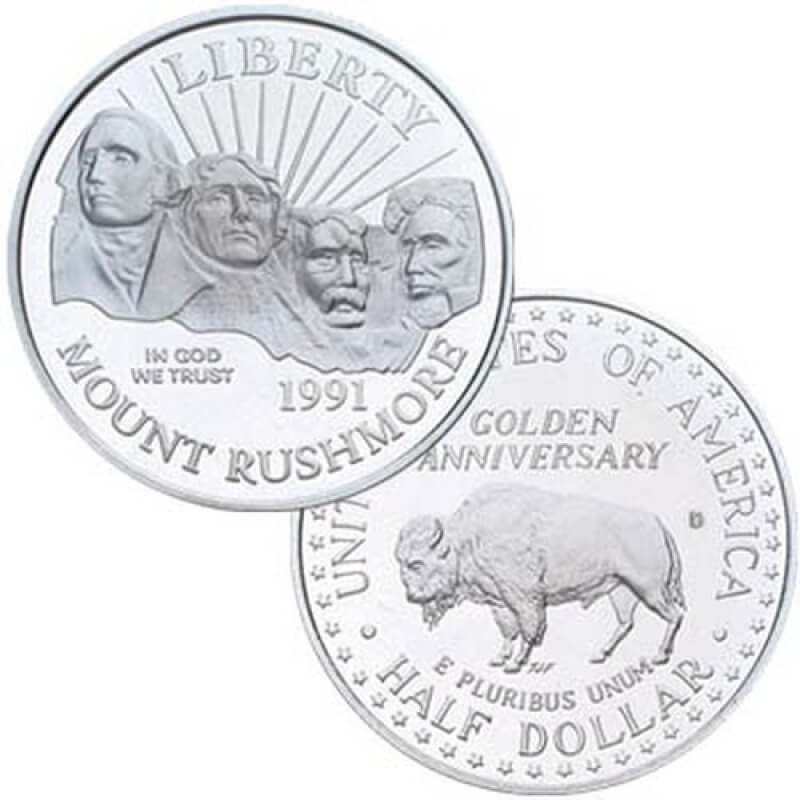 Scrolling the internet recently for additions to add to a collection, looking at the modern United States commemoratives, an oddity appears which seems to break from the traditional values within the market place.  No matter the denomination or series, the values range from low to high with many in between create a somewhat steady upward graph plot. Yet not the modern commemoratives. The subject of this weeks blog.          Enjoy!

There are many factors which play into a coins value within the collector marketplace.  Mintage figures, survival totals, conditional rarity and so forth. Add in the overall popularity and these become overwhelming when trying to understand the rise and fall of a coins market value. These things are ever true when trying to find the undervalued. After all, who would ever buy for a loss? Yet for all of this two things will always remain constant. First, and of greater importance, the collector sets the price. Far too many collectors claim rarity sets the value. This is not so where popularity is factored in.  As an example, sticking with the coins of the United States, there are a dozen or so Seated dimes with lower totals than the 1916 Liberty selling for far less. The second constant is that no matter the coin, it's value will always exceed it's stated face.  This is particularly true of silver and gold coinage who's values are far and above face. So looking at these things we begin to get a sense of how the market place works.

So how does that play on the commemorative issues?  While not everyone uses EBAY and some choose not to buy there, it is arguably one of the best places to assemble an accurate selling price. Extremely rare and conditional rarity aside.  Performing a quick examination of the uncirculated dollar it becomes evident that there is a large gap in value with only a few in between, those being very low mintage figures or simply popularity. While the half dollars are in line, looking at any issue from 1986 through 2019 they rise progressively from low to high. While the 2020 and 2021 fall above the high end of previous years. Now the first thought is that of the United States Mint raising the price well above 2019, which is in fact accurate. Yet look closer.  The 1991 Mount Rushmore dollar had an issue price of $26.00 and a final sales figure of 133,139, which is currently ranging from $40-50. The 2014 Baseball Hall of Fame, issued at $51.95,  is nearly identical in sales and current price. The 1991 is nearly double the issue while the 2014 is slightly less.  Now, the 2020 Women's Suffrage was issued for $74 and currently sells between $90-100. The 2021 Christa McAuliffe is still available at $74 yet selling between $80 and $90. With the final sales totals yet to be determined, all indications point to similar figures of previous years.

And now the oddity. With exception to commemoratives such as the 2001 Buffalo and perhaps two or three others, the slight incremental changes from high to low found else where does not exist in modern commemoratives.  Where those range in a few dollars, there exists a 30 plus dollar gap after 2019.  Despite the huge issue price increase in 2020, and all things being equal, logic would dictate one of two things should occur in the next few years.  A price rise on issues prior to 2020 or a decrease below issue moving forward. Especially once the popularity runs it's course on current releases. What also needs to be considered is the spot price of the metal it's self, currently in the $23.00 range. When silver held steady in the $15.00 range these commemoratives were selling for $25-$30, the same percentage above currently. Not so with the 2020 and forward. While it may be hard to image, your's truly sees the latter dropping substantially below their original issue unless silver spikes dramatically.  Again, the 2014 Baseball can be had below the issue price. Finally, if this does in fact play out, collector sales  will tank forcing the Mint to reduce their issue pricing. Dealers might be first. As previously posed, who wants to lose money?

Both images are courtesy of the U.S. Mint.

Interesting blog and ideas. For me, I like the old commemoratives. Generally the new ones look "cartoonish". ; )

The living presence of that what we honor is crafted permanently thru art. Art lifts the spirit of things to a level beyond understanding, it embraces time, it covers the soul with light. Art present in coins and paper money as well, gives the collector and the admirer a sense of belonguing, a sense of being part of eternity. Thanks for your post. Fantastic coins honoring the astronaut-teacher, the soul of the buffalo, and the souls of our Presidents at Mount Rushmore.

It is an odd thing with these modern commems and their prices. Most don't catch my eye. Thanks for this study.

You can find commens cheaper than any other coins. Especially the modern ones. I bought Boys Town And Dr. Salk the creator of the polio vacine. Seller on ebay don't bother with these. Even though the silver coin has a low mintage all the time. They don't catch the eye. As a matter of fact the mint let go most of the designers of the modern commen. Give me the old ones all the time. Thanks for the blog. You brought up so very interesting information.

A collector can find some coins at, below, or near issue prices with some studying of the market. I feel subject matter has a great affect on mintage and price.

Very nice analysis. Some very nice low mintage coins are available for a great price. I am always thinking the older commemoratives should be priced higher. Especially the Isabella quarter. If the hobby was booming, maybe some of these lower mintage coins would take off?