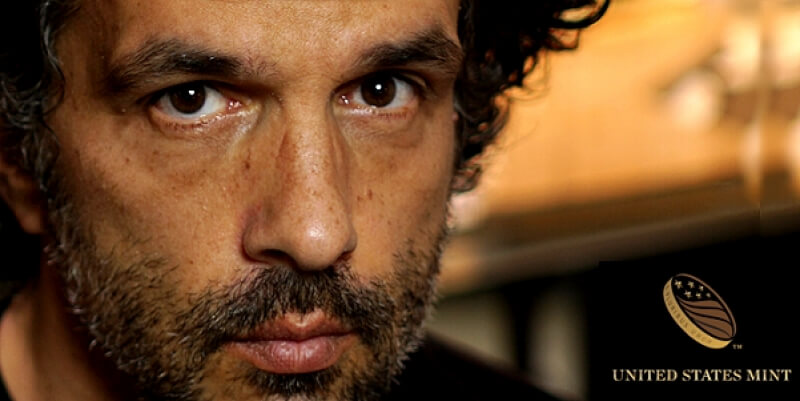 A growing topic, one longed for by some in the collector community and debated politically, in recent months is the redesigning of United States circulating coinage. While the topic it's self gets further debated as to whether the designs retain Presidents or other historical figures, a majority such as myself seek a shift towards something more emblematic as a representation of "We the People." and our place in the world through such designs. Perhaps the rise in discussion as evident on numerous forums, blogs and publications stems from collectors reexamining their collections as COVID-19 leaving us with little else but time to ourselves. Yet it is one brought up over many years. Technically our coinage has gone through a redesign, albeit a change in the obverse bust as is on the Jefferson Nickel, or a shield added to the Lincoln Cent reverse. And who among us could forget those Washington Quarters? This weeks blog, however, discusses the very process in which change occurs and how "We the People" are capable of doing just that.              Enjoy!

Next year will mark a historical point in modern U.S. coinage with a redesign of the quarter. While legislation for such requires a coin as those already mentioned, we can be certain the hype leading up to the release will be great, in a manner which notifies the general public at large. This is a golden opportunity to push for such a complete change from boring designs, one of which has not in seventy-four years- the dime. So how do we create such a change? While most believe it is through legislation, which is fact, the process in reality is a bit more complex.

2. The idea is shaped into legislation by a representative of the Senate or House, though constituent desire or by said representative.

3. The legislation, or bill, goes through scrutiny whereby committees examine why a coin should be created, the main specifications,

4. After review and recommendations, the bill must pass both the Senate and House.

5. The President of The United States must sign the bill making it law.

These five steps are only the beginning of a process as now it enters the design process. Now law, the Secretary of the Treasury is notified of the forth coming changes while the United States Mint, in Washington D.C. but primarily Philadelphia, begins design. To this point the original idea is merely in written form void of a visual meaning. To explain this, the legislation may be worded, "an obverse device representative of the citizenry of The United States.", and so forth. The task at creating an image from exact wording now faces the artists and sculptors, whether employed by the mint or retained from outside. Once more, things become complex as the mint works hand in hand with the Commission of Fine Arts.

The Commission of Fine Arts, located in Washington, DC,  was established May 17, 1910 and currently consists of an eight member board. This is a Cabinet level position, appointed by the President for a four-year term. In a short over-view, their purpose is to advise all government entities on matters of design and aesthetics as they effect the Federal interest and preserve the dignity of the nations Capital. The CFA is responsible for all matters pertaining to our national identity, including art, architecture, symbols  and mottos.  In a collaboration of their artists and those at the mint, the visual ideas go through numerous changes by recommendation.

At this point, it would be easy to see how the general public and collector knows little if anything about a coin's actual creation. Which is the next in line- creation. With the designs agreed upon by both the mint and CFA, and in rendered form, these are presented to the Citizens Coinage Advisory Committee. Under public law 108-15 of 2003, the CCAC was formed for the following purpose.

1. Advise the Treasury Secretary on theme/design related to circulating coinage, bullion and medals.

2. Make recommendations with respect to mintage levels of commemorative coins

3. Submits a letter to the Treasury Secretary following each public meeting, including the minutes of each.

So there it is. The process for turning an idea into reality as it applies to coinage. Okay, not exactly as there is another. But for both space and further confusion I'll post that one mid-week. I promise that it won't be as long though. To finish, I would ask that if a change is what you seek contact one of the CCAC members who represent us, those three of the general public, Or you representative, the Treasury or mint. Personally, I've forwarded many letters to all of these. In a lesson from the past, being flooded with mail brings about results.

I like your idea of putting something on our countries coins that represents our shared values as "We the People". Thanks for laying out the process - no wonder changes take forever.

I remember when I was young coinage never changed or had not changed for years. Now it seems coinage changes every year, with so many new designs. Nice post.

Nicely Done Long Beard. It's a shame we have to have meeting to plain meeting etc., what should be a straight forward process becomes a process mired in mud. What ever the source of mud is, sometimes politics, sometimes personal like or dislike, sometimes we never know the true source of the "Mud". "We the people" is not a streamlined process any longer. Being new to the community I would also like to see a new "dime" or "quarter", but remember one truth...."People hate change", it will be an interesting process and I hope to live long enough to see a new coin approved, designed, minted and actually placed in circulation. Thanks for the info Long beard.

If the public doesn't like who they produce now, it takes decades to fix, if the public complained in the 19th century, it was changed within the year. Can't wait to see what they come up with.

Let's hope they do something truly meaningful for 2026 and perhaps the years preceding. I would consider the Washington Crossing The Delaware reverse on the quarter in 2021 to be the opening salvo in our journey to 2026 (250).

Okay, being new to this field, I resemble all of the above remarks! According to that guy Mike Mezack on CSN that sells coins, they are going to change the reverse on the silver dollars next year. I have heard the same thing from several other folks. It's the reason that I purchased a "First Strike" silver dollar from PCGS. I think I paid something like $85 for the coin. It's a beautiful coin , MS70 , and I also bought it to compare other coins to when practicing grading. I agree with Bama, that's quite some gaze Mr. Mena has. Thanks for another great blog post Long Beard!

It is amazing that anything gets done.

Long beard for Commission for Fine arts! I can get behind that candidacy. Thanks for explaining the process involved in getting newly designed coins. I'm all for dumping Roosevelt off the dime obverse. The dime is small, that makes it difficult to execute a detailed design. I'm not sure I'd replace Roosevelt with another president as all the dead presidents have been done on dollars. If they did I'd pick Reagan, but I think a return to a more classic design would be good too. Perhaps with a reverse of State flags. I'd like to see series with state seals, but that would have to be on a bigger coin. Perhaps its time to retire JFK on the Half. That coin would be good for a series of State seal reverses. Maybe a Fraser design eagle on the obverse. Like the Eagle on the reverse of the Alabama commemorative reverse..... I was wondering who that brigand was LOL! Mr. Mena certainly has an intense gaze......

Next year's quarters I heard will have animals in the reverse.. It takes two years as I understand this whole process to take place. It's remarkable the work that goes into creating or changing our coinage. You did an excellent job as usal. Very informative and enjoying. Thank you very much.