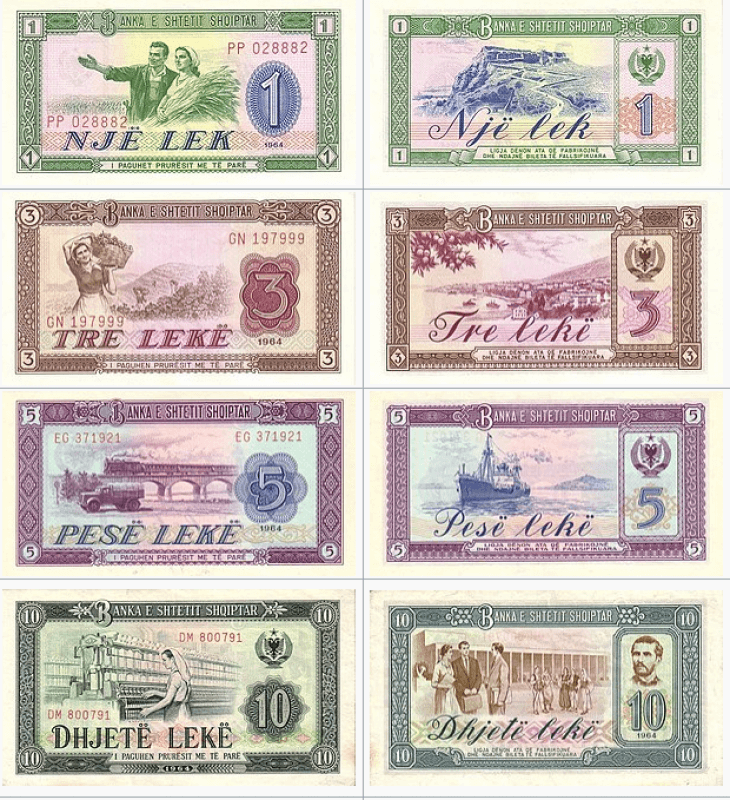 With our little tour of the world continuing, let us travel to Albania, a former Communist nation!

The first presence of humans in present-day Albania where the Neanderthals during the Middle and Upper Paleolithic era, around the capitol of Tirana. During ancient times, the incorporated territory of Albania was inhabited by the Indo-European people, Greeks, Illyrian, and Thracians. These people liked to plunder the weak Roman Empire during the 300 BC's. Then, in 229 BC, the Roman Republic (SPQR) declared war, with the Illyrians being defeated. In 395 AD, the Roman Empire (Caesars) was split. During the 10th century, the Western Catholic Church and the Eastern Orthodox church split, effectively dividing Albania into two parts- a Catholic North, and an Orthodox south. This split was known as the Great Schism. With the fall of the City of Constantinople (Istanbul) in 1453, the nation was conquered by the Ottomans, who would bring Islam into the region. The nation would win independence in 1912, as a result of the First Balkan War. In 1937 as part of the overly ambitious Mare Nostrum plan, Mussolini invaded the nation.

During the second World War, The Soviets captured the city of Tirana from the Nazis (BTW, Hitler's birthday was yesterday) during Operation Bagration, bring this horrible idea into Albania, known as Communism (boo, hiss). The nationalists fought the communists, backed by the Soviets, but lost. The nation was now communist. That meant no religion, no due process of law. The government controlled everything down to the pillow you slept on. After burning Mosque after Mosque after Mosque, Enver Hoxha, prime minister (more like ruler-for-life) declared Albania "the world's first atheist state", banned all fascist, religious, and anti-socialist practice, and shut the border with democratic Greece.

After forty years of communism, the communists were overthrown in 1991 and free elections where also help, with the Democratic Party (the conservatives) taking control. The government soon went on a horrible idea of investing in pyramid schemes, which burst in 1996, leading to violence and civil war. Italy soon was forced to intervene and end the chaos. Today, Albania is run by the socialist party (the nation has circled back into communism), with a mixed population of many religions.

The official currency of Albania is known as the Lek, and was introduced on 16th February 1926, before the days of communism. Before then, the nation had no collectible currency. They adhered to the gold standard (which we need to stop printing money out of the wazoo). The first coins where the bronze 5 and 10 qindar leke, nickel ÂĽ, Â˝, and 1 lek, and a silver 1, 2, and 5 franga lek.

Today, the franga/qindar was phased out as the value of the lek dropped, with the lowest denomination being 1 lek, in Copper-plated steel. Most of the other coins are nickel, with the 100 leke being the only cupro issue. Commemoratives are typically issued with the 100 and 200 leke and include subjects like Michelangelo's David and the integration of the nation into the EU. As of 2015, the denominations are 1, 5, 10, 20, 50, and 100.

Banknotes have their own history to themselves.

In 1965, the communist nation issued more bills, including a new denomination- 3 leke. When the nation changed its name to the People's Socialist Republic of Albania, a new series was made, commemorating the world's worst idea- communism.

Thank you, and see y'all on our road trip later!

Me and some guys from school
Had a band and we tried real hard
Jimmy quit, Jody got married
Shoulda known, we'd never get far
Oh when I look back now

That summer seemed to last forever
And if I had the choice
Yeah, I'd always want to be there
Those were the best days of my life

Those were the best days of my life

Oh yeah
Back in the summer of '69
Ohhh

I wish people had more Common Sense and knew how to get along.

Well this is going to be a long and involved series. (:

Beutiful bills! I love Bryan Adams, so this was fairly easy ;) Summer of 69'!

Great blog, I learned so much. Never really was interested in foreign history, but you got me hooked in. (: Btw, cool pics.