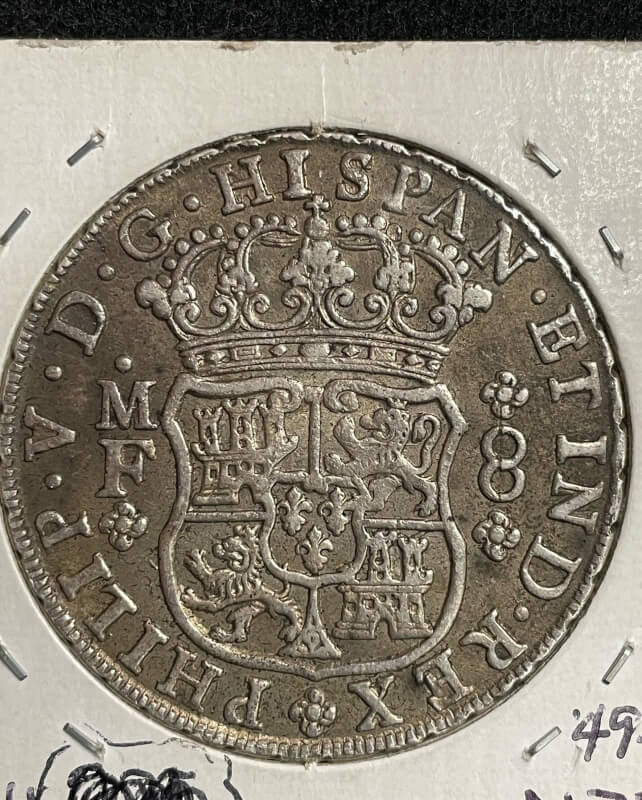 Twice a year, collectors from across Pennsylvania and neighboring states gather in the booming metropolis of Monroeville to attend the Pennsylvania Association of Numismatists (PAN) Coin Show.  The shows are always held in Late May and Late October and run for 3 days.   I had the great pleasure of attending on 21 May and I would like to tell you all about my experience.  You have already heard about my meeting Clifford Mishler of clock-signing fame but there is more, much more.

One thing I have learned over the years is if you do something, anything, with great confidence, people assume you know what you're doing.  With that strategy in mind, I started out my Saturday by striding past the guards checking credentials at the loading dock a full half hour before the show opened to the public, I had no dealer credential, I had no volunteer credential (although I fully intended to volunteer) but I had a fast stride and a friendly greeting as I walked past the guard.  Entering the main room at the Monroeville Convention Center, I noticed that most of the dealers were still settling in so I stopped by a couple of dealer tables manned by friends and exchanged a some light-hearted banter.  I then proceeded to the Exhibits area to let my friend Tom Corey know I was available to spell him whenever hunger or nature's call needed to be answered.  That was when I met Mr. Mishler, the subject of the preceding blog..

It was kind of surprising to see a lot of empty dealer tables throughout the bourse, apparently a lot of dealers, maybe 20% had left after Friday's closing, It's a shame as the hall was pretty crowded after 11 AM.  I think the fact that a sports card show was in the adjacent hall might have added some synergy.  I might have gone over there but they were charging like $10 admission, and I was having none of that.

So, what did I pick up for my personal collection?  My first purchase was a counter-stamped Peace Dollar commemorating the Camp David Peace Accords between Israel and Egypt during the Carter administration.  The backstory on this piece is very interesting and will be the subject of its own blog in the near future.  I also picked up a 1739 Pillar Dollar (8 Reales), three military payment certificates (MPC), the clock I had autographed, a GSA cased 1882CC Morgan and a giant Batman silver 5 ounce from Barbados.  I honestly think I overpaid for the Batman piece, but I love the Batman and the guy who sold it to me was a born salesman, I did talk him down $200 on the price so my overpayment was somewhat mitigated.

After all this buying, I set up the 50 auction lots for the KidZone auction, manned the KidZone booth for a bit while the couple charged with manning it took a break, and then served as auction runner while Ben Franklin cosplayer Patrick McBride conducted the auction.  All in all a fun but somewhat exhausting   Did any of YOU attend the Spring PAN show????

I agree with your â€śentry protocolâ€ť. Iâ€™m with Longstrider on thisâ€¦I need that Peace dollar for my collectionâ€¦.LOL Great pickups buddy and glad that you had a great time! Talk to ya soon!

I looked for you briefly, but you must have been around somewhere else. I see you scored what I was looking for, an 8 Reale as they were the primary coin in the early colonial America as well as the backing currency of the globe at the time. Didn't find the "right one", yet. Instead I bought a 1950 d Jefferson- nice gold/orange tone, several Susan B Anthony's for my album and Roger Burdette's Renaissance of American Coinage 1916-1921. Like yourself, I enjoyed meeting new people and seeing so many young collectors browsing and buying.

I had an extensive want list including a bunch of Franklin's for my album but only ended up getting one item from my list, that would be the GSA Morgan. One dealer had a whole case of different dates for $340 so I could not resist. I still remember my Dad paid $30 each for the 82, 83, and 84 during the first GSA sale. I will pm you my phone number before Oct show so you can text me when you get there.

I am sure I will get to PAN one day and see all the wonderful collections.

I wish I had now! Nice 1882-CC, I always appreciate a GSA Morgan Dollar!

Wow MoKe, Thanks for describing what a great time you had! It's wonderful that you do the KidZone auction too! I love your "pick-ups"... Cool finds! I like that MPC! ; )

Nicely done! Those are some great pick ups. I also have noticed one can go most anywhere if you look like you belong. If all else fails carry a clip board. I want that Peace Dollar. Thanks. Great photos of the MPC and everything.

It sounds like you had a lot of fun! I wish I lived closer to Pennsylvania than I do. As a member of PAN myself, I get all the promotional material for these shows, including the most recent pdf newsletter that I enjoyed perusing. I enjoyed your previous post about meeting Mr. Mishler and him signing your coin clock. I bought a similar coin clock for myself many years ago. Except that mine is a Morgan Dollar less Mr. Mishler's signature. It is always a privilege and an honor to meet a legendary numismatic icon. It's even special to see them wandering around on the bourse floor, let alone meet one as you did. I remember seeing Jeff Garrett on a bourse floor and thought, wow, that's Jeff Garrett! Seeing him, I didn't realize how tall he was! Or was that my imagination running away with me. At any rate, seeing him is one of my cool coin show moments.

As you know I just became a member of P.A.N. I have never been to the show but your right.The card show is drawing big crowds. Prices have gone threw the ceiling. Cards graded a Mint 8 like Wayne Greatly are getting 28,000 dollars. Its a great show the PAN . I read everyone's blog when they come back. Thanks for a great blog on a great show!!

sounds like you had a good show. Nice autograph on the clock.

I didnâ€™t attend but I wish I had. Iâ€™m not surprised most of the dealers has left by the end of Friday, thatâ€™s usually what happens at coin shows here. Nice pick ups! I do agree that the Batman piece looks nice too.

Sounds like a great experience. Would like to attend the show in late October. Thanks for sharing.