To celebrate the completion of the Panama Canal through the funding of the Panama-Pacific International Exposition.

Columbia faces left with extended arms and open hands scattering flowers. Behind Columbia stands a naked child holding a cornucopia. The Golden Gate and the rays of the setting sun are in the background. Within the coin's border is the inscription “PANAMA-PACIFIC EXPOSITION.”

An eagle with extended raised wings perched on the national shield.

60,000 coins were struck and offered to the public. Even though the coins were offered for sale at the well attended Exposition, not all of them sold and 32,866 pieces were returned and melted. 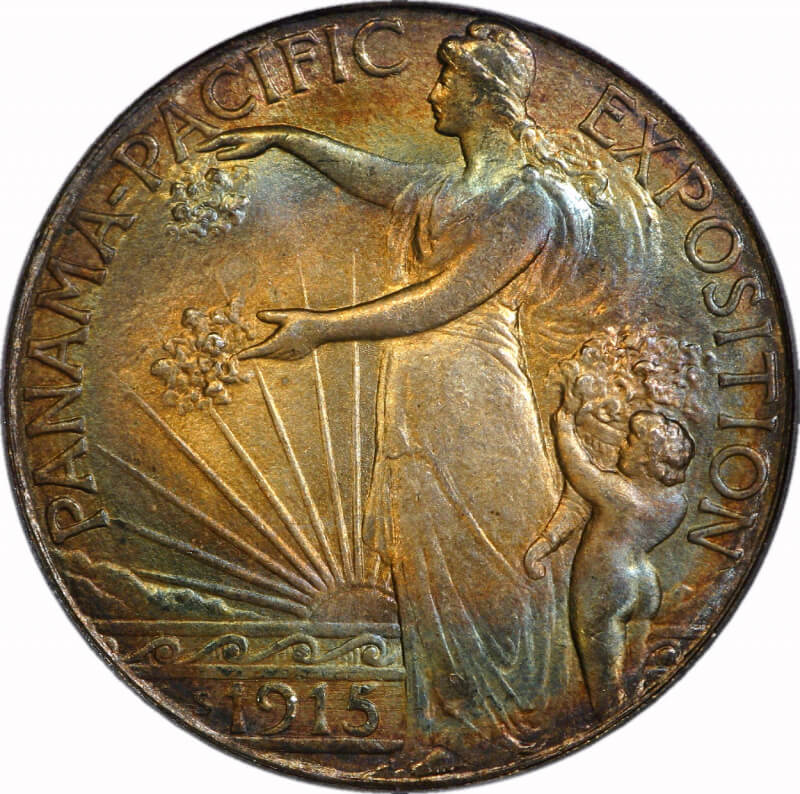