To commemorate the 100th anniversary of Illinois statehood and help finance county celebrations throughout the state.

Bust of a beardless Abraham Lincoln facing right. Within the coin's border appears the inscription “CENTENNIAL OF THE STATE OF ILLINOIS.”

An eagle with outstretched wings perched on the shield of the United States and a rock. In its beak the eagle holds a ribbon that contains the Illinois state motto. A rising sun with extended rays appears behind the eagle.

The Philadelphia Mint struck all the 100,000 pieces that were authorized. None were returned to the Mint to be melted. The majority of the coins were sold through the Springfield Chamber of Commerce. 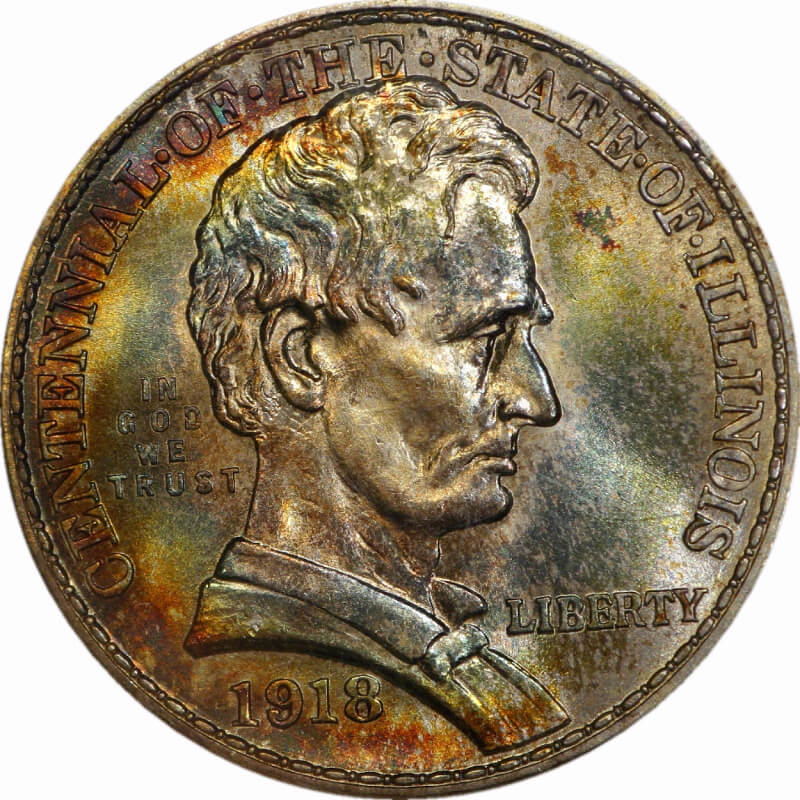 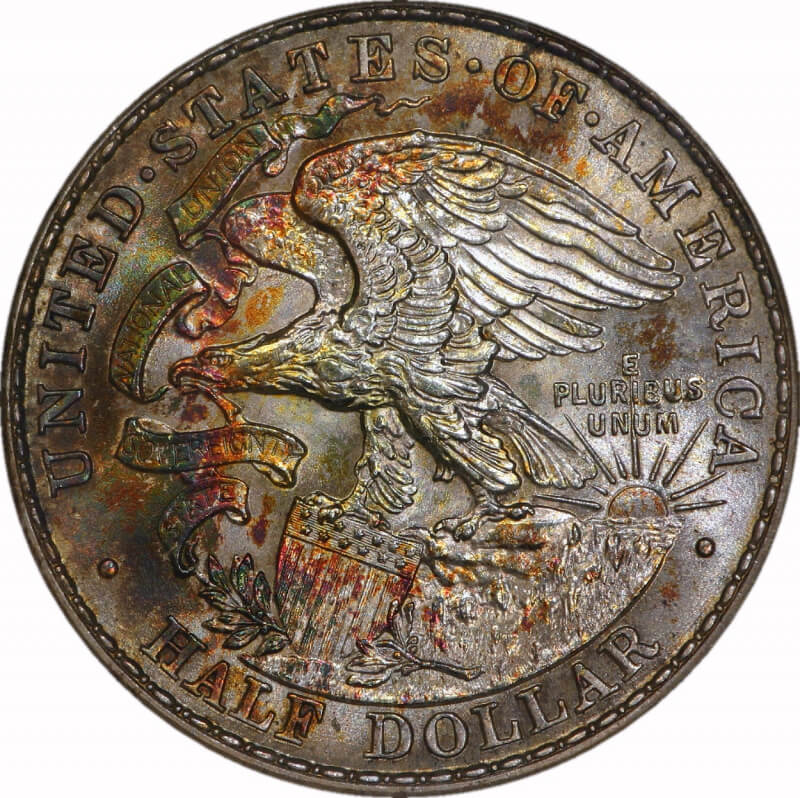