To commemorate the 300th anniversary of the Pilgrim landing at what is now Plymouth, Massachusetts and raise funds for local celebrations.

Portrait of Governor William Bradford carrying a Bible under his left arm. Underneath the portrait appears the inscription “PILGRIM HALF DOLLAR.”

A side view of the Mayflower sailing west. The dates 1620-1920 are underneath the ship. “PILGRIM TERCENTENARY CELEBRATION” is located within the rim.

The Pilgrim Spirit: A Pageant in Celebration of the Tercentenary of the Landing of the Pilgrims at Plymouth, Massachusetts December 21, 1620 by George Baker 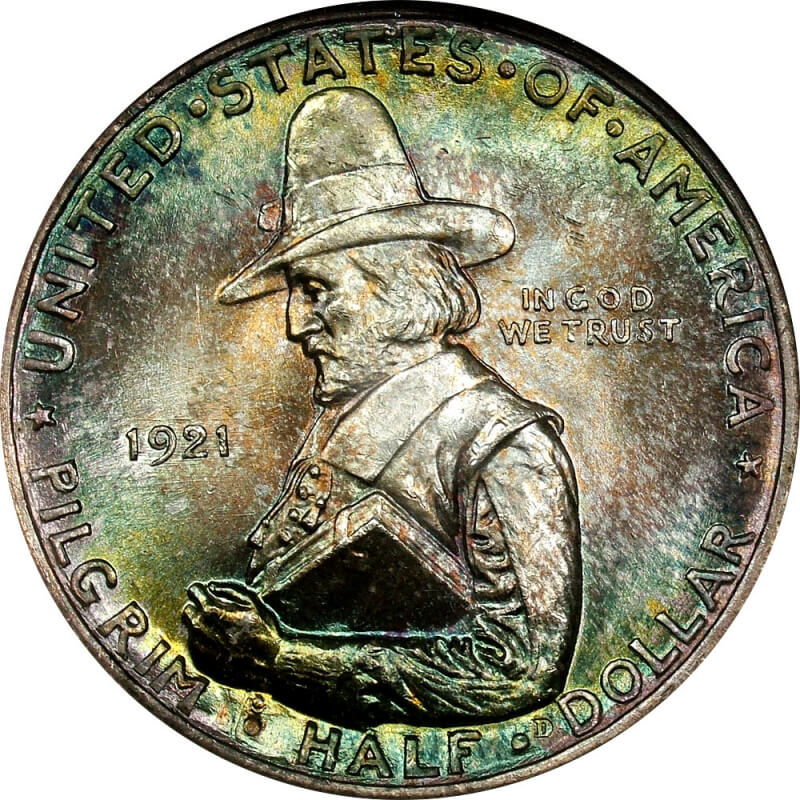 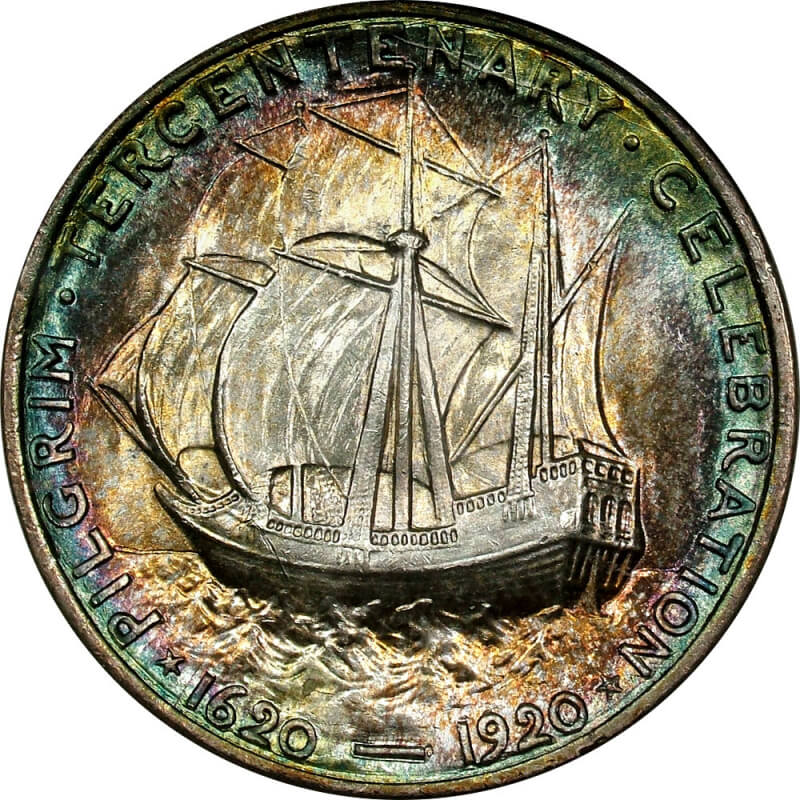