To commemorate and fund the celebration of the 100th anniversary of the admission of Maine  statehood into the Union.

Arms of the state of Maine.Two male figures represent Commerce (the anchor) and Agriculture (the scythe).

Wreath of pine needles and cones. Within the wreath, “MAINE CENTENIAL 1820-1920” appears.

50,000 half dollars were struck for the public. The coins were sold through the Office of the State Treasurer. All pieces were sold. 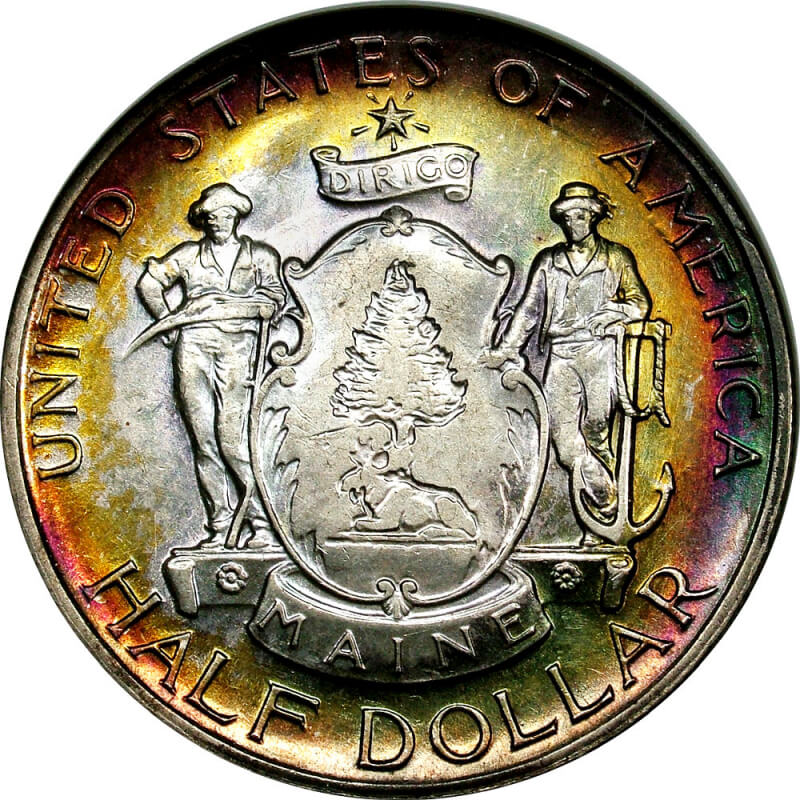 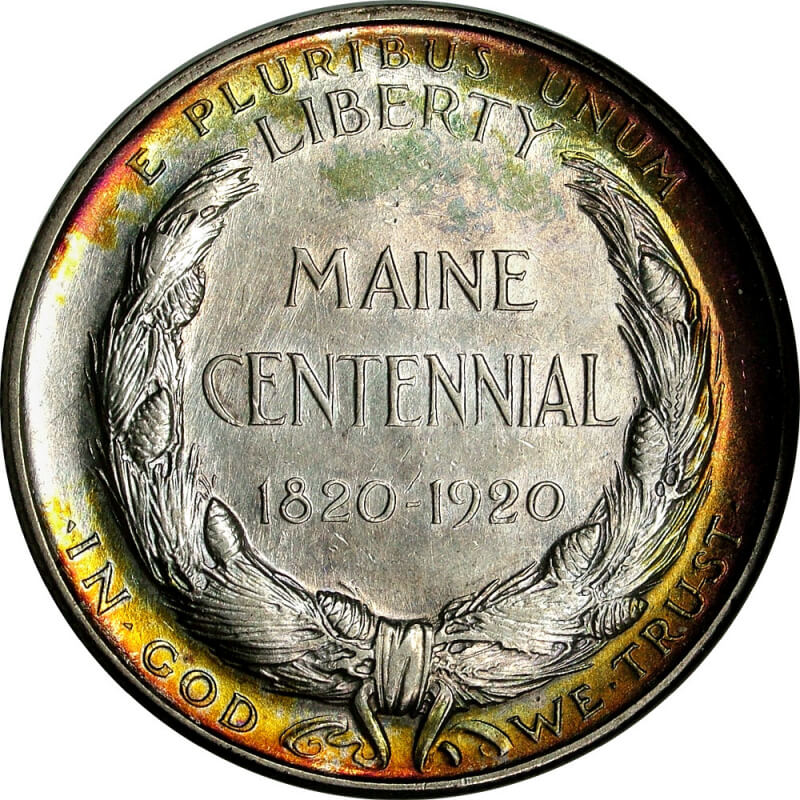