To commemorate the 100th anniversary of Missouri statehood and help defray the costs of the centennial celebration and state fair.

Bust of Daniel Boone facing left wearing a coonskin cap and a deerskin jacket. There is a low mintage variety that includes an incused 2*4, indicating Missouri as the 24th state to enter the Union.

Daniel Boone, wearing a powder horn and holding a rifle with his right hand. He is pointing westward with his left hand towards Sedalia. Next to Boone stands a Native American wearing a war bonnet with pipe and shield. 24 stars appear in the field. “SEDALIA” appears at the bottom. Sedalia is the city in Missouri where the centennial celebration took place. The designer's initials are located in the lower right field close to the rifle stock.

50,000 Missouri Centennial half dollars were produced for the public. 5,000 strikes were minted showing the 2*4 inscription while 45,000 of the plain variety were created. 29,600 of the second (plain) variety were returned to the Mint and melted. 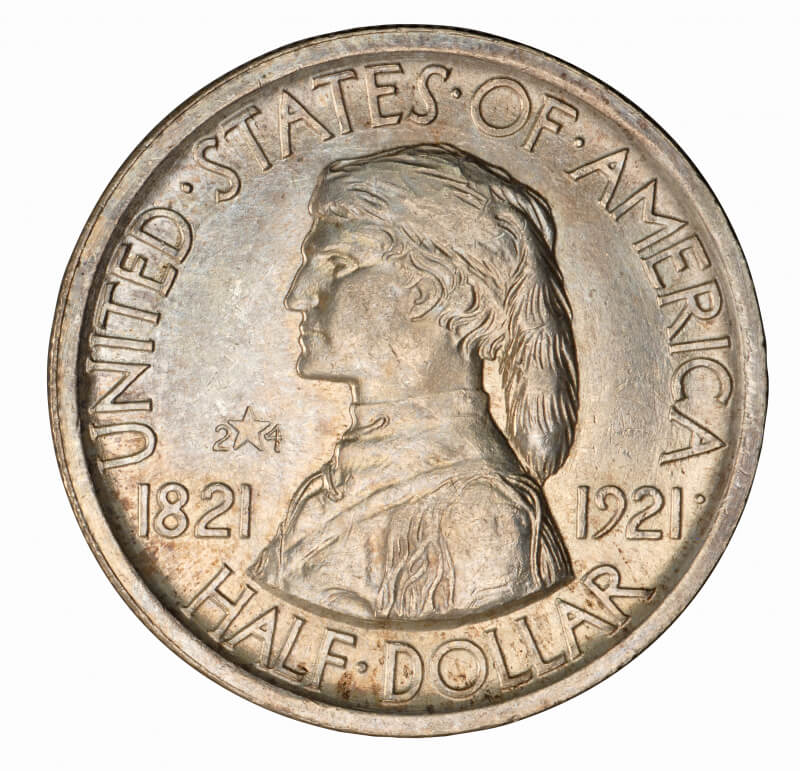 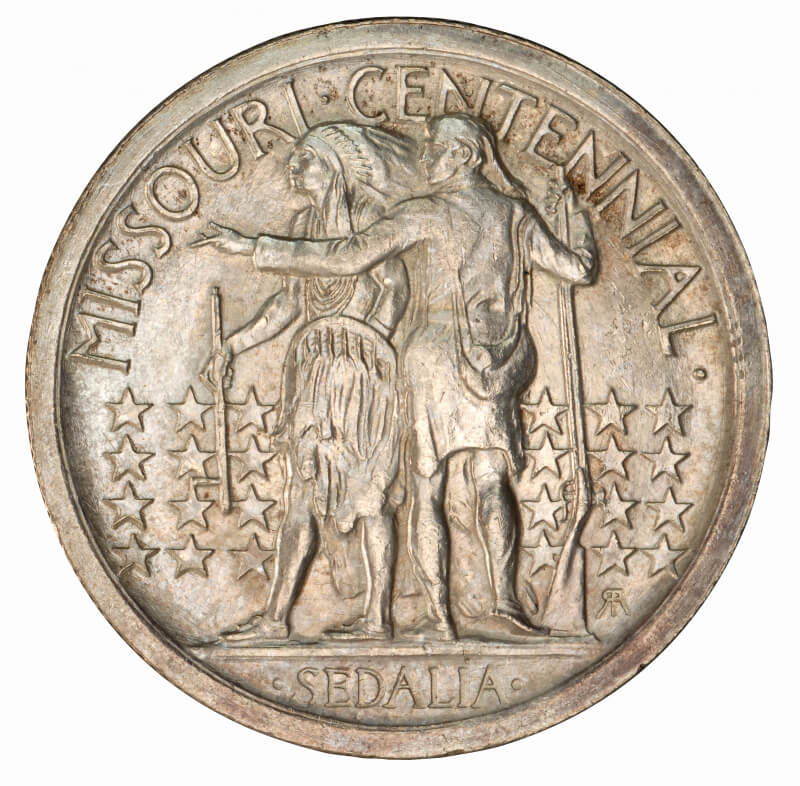