To commemorate the 100th anniversary of Alabama's admission into the Union. Proceeds from the sale of the coin were used for funding “historical and monumental” activities.

Portraits of William Bibb and Thomas Kilby facing left. William Bibb was Alabama's first governor and Thomas Kilby was the governor in 1921. 22 stars appear in the field. The stars signify that Alabama was the 22nd state to enter the Union. A low mintage variety showing “2X2” incused behind the portraits were produced.

The Alabama seal which portrays an eagle with raised wings, perched on a shield of the United States, holding arrows in its talons and a scroll in its beak bearing the state motto. The seal was changed in 1939  to the original Alabama seal first adopted in 1819. Laura Gardin Fraser's initials are located just inside the rim behind the eagle's tail.

Two varieties of the Alabama Centennial were produced. While the exact mintage number has been under debate, most sources indicate a total production of 70,000 pieces with 5,000 examples being returned to the Philadelphia Mint for melting. 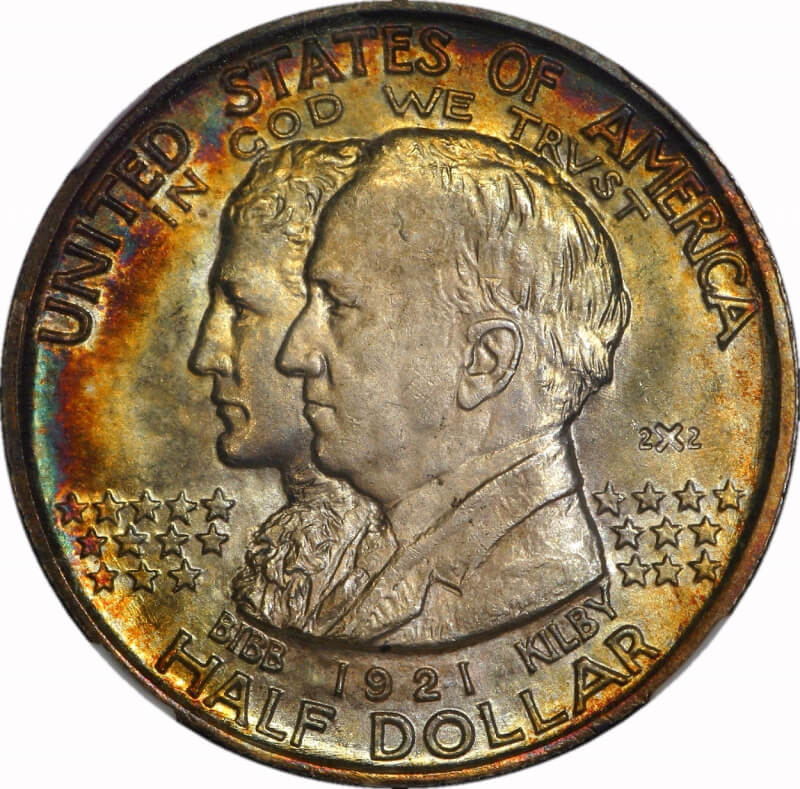 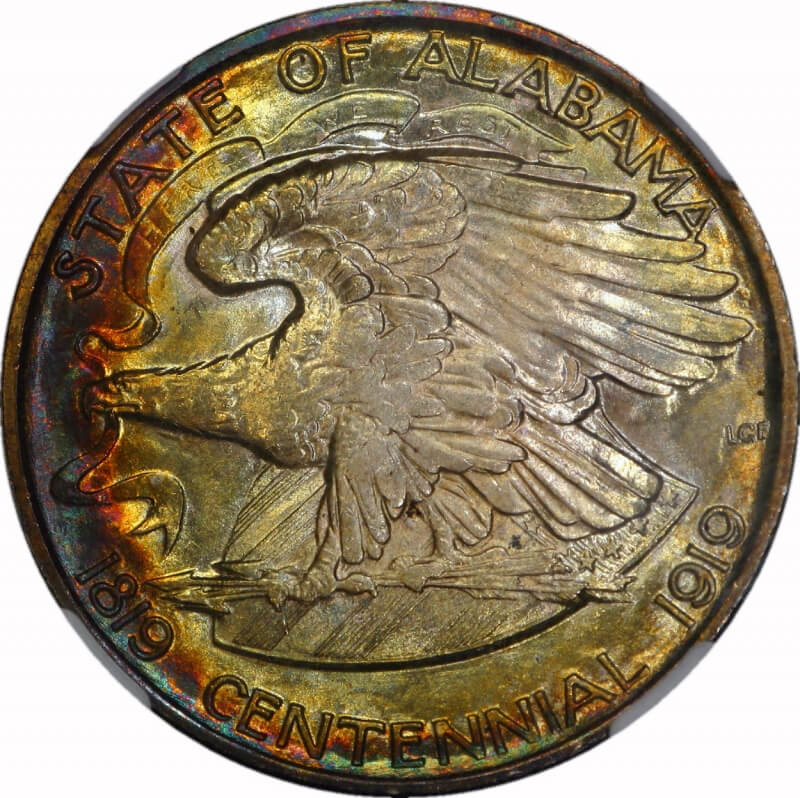