To commemorate the centenary of the birth of Ulysses S. Grant and to use proceeds from the sale of the coin to renovate the Grant birthplace and acquire land surrounding the home.

A bust of Ulysses S. Grant facing right in a military uniform. There is a recessed star variety and a plain variety with the star having no significance and appearing above the letter “N” in Grant. The letter “G” for the designer's maiden name is found between the dates.

A frame house representing Grant's birthplace in Point Pleasant, Ohio. There is a fence in front of the home and maple trees surrounding the building. 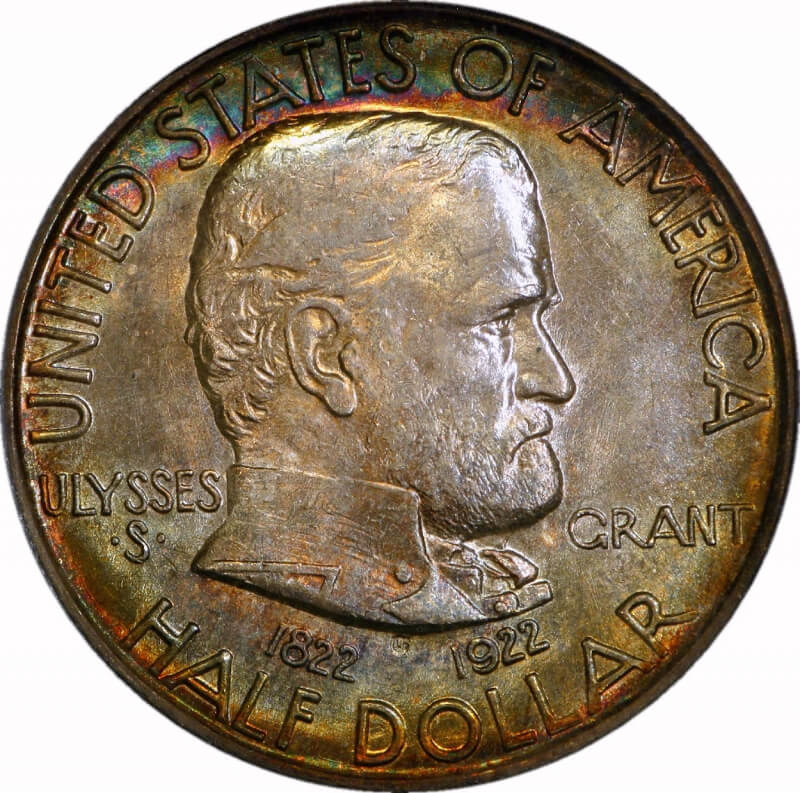 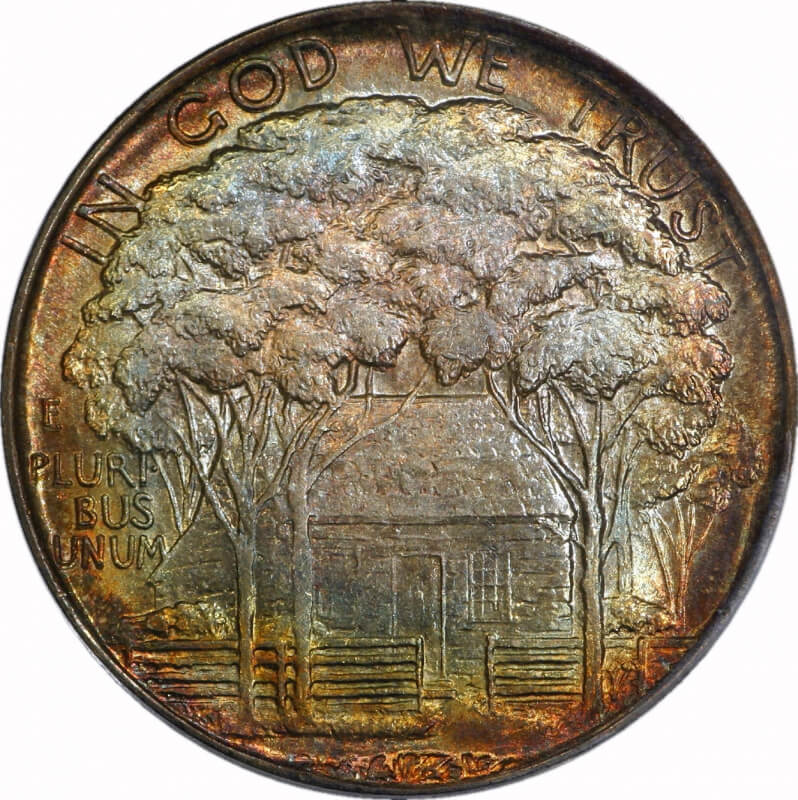