To commemorate the 100th anniversary of the Monroe Doctrine and fund the American Historical Revue and Motion Picture Industry Exposition in Los Angeles.

Two female figures positioned to resemble the Western Hemisphere. The figure representing North America is holding a laurel of peace. She is reaching out with a branch to touch hands with the figure representing South America at the Panama Canal. Faint lines are found in the field representing ocean currents. A scroll and quill pen representing the Monroe Doctrine is located between the dates 1823 and 1923. “MONROE DOCTRINE CENTENNIAL” is located within the border at the top and “LOS Angeles” is found at the bottom of the coin. The designer's initials, in the form of a circular monogram, are found at the four o'clock position in the field.

A total of 274,000 half dollars were minted for the public. The coins did not sell well. Slightly over 27,000 coins were sold and the rest were placed into circulation at face value.

The Making of the Monroe Doctrine by Ernest R. May 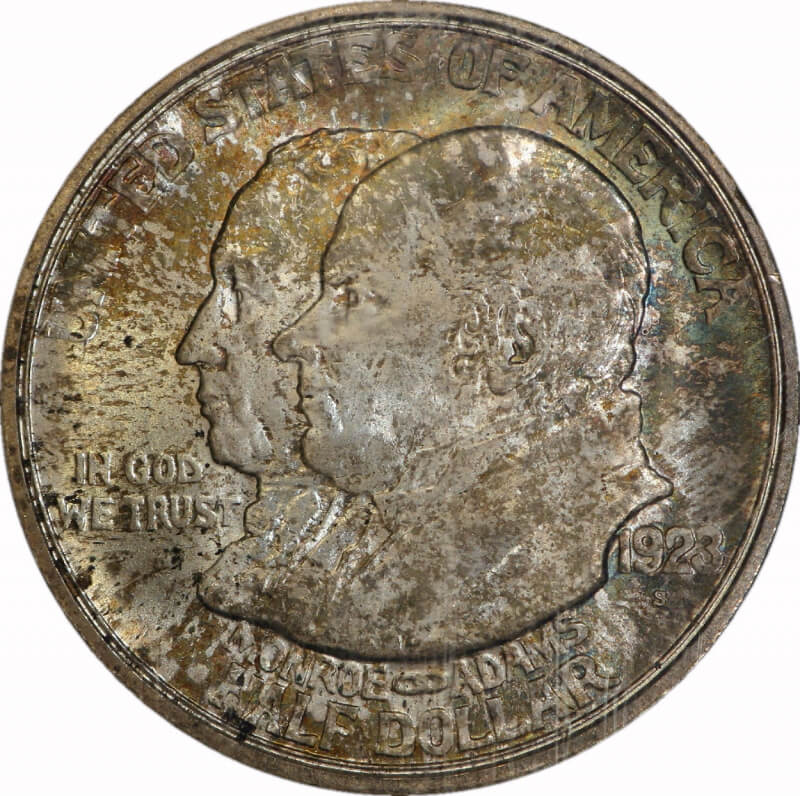 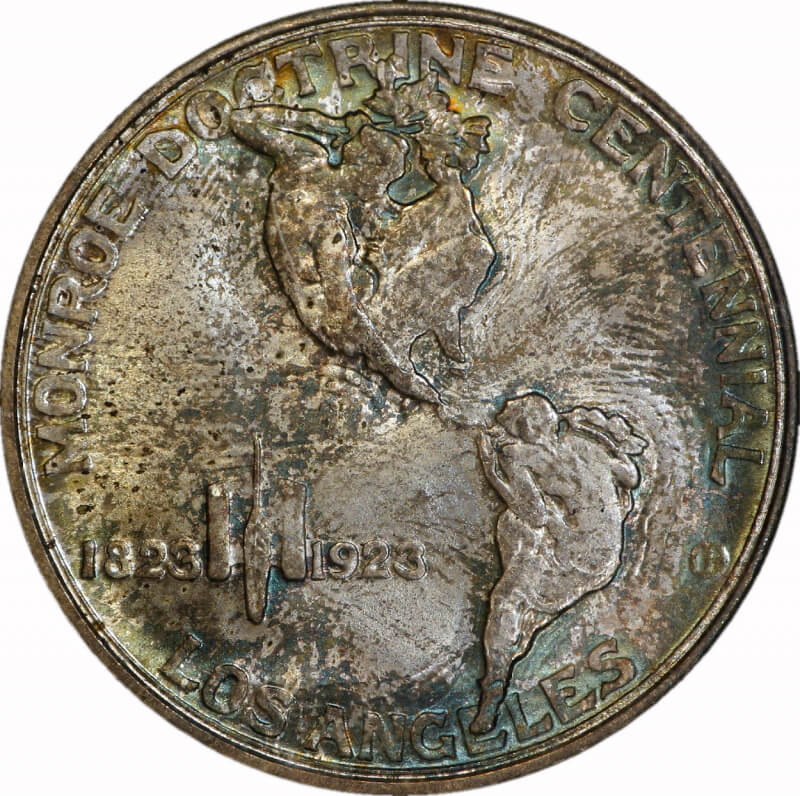