To commemorate the 300th anniversary of the founding of New Netherland in 1624 and to fund an observance held in New York.

The ship Nieu Nederlandt sailing to the left. “HUGUENOT-WALLOON TERCENTENARY” appears above the ship. “FOUNDING OF NEW NETHERLAND” is located at the bottom of the coin.

Of the 300,000 coins authorized, 142,000 were minted for sale to the public. The coins did not sell particularly well with 55,000 returned to the Mint to be melted. Upon receiving the coins, the Mint decided instead to place the half dollars into circulation.

The Island at the Center of the World by Russell Shorto 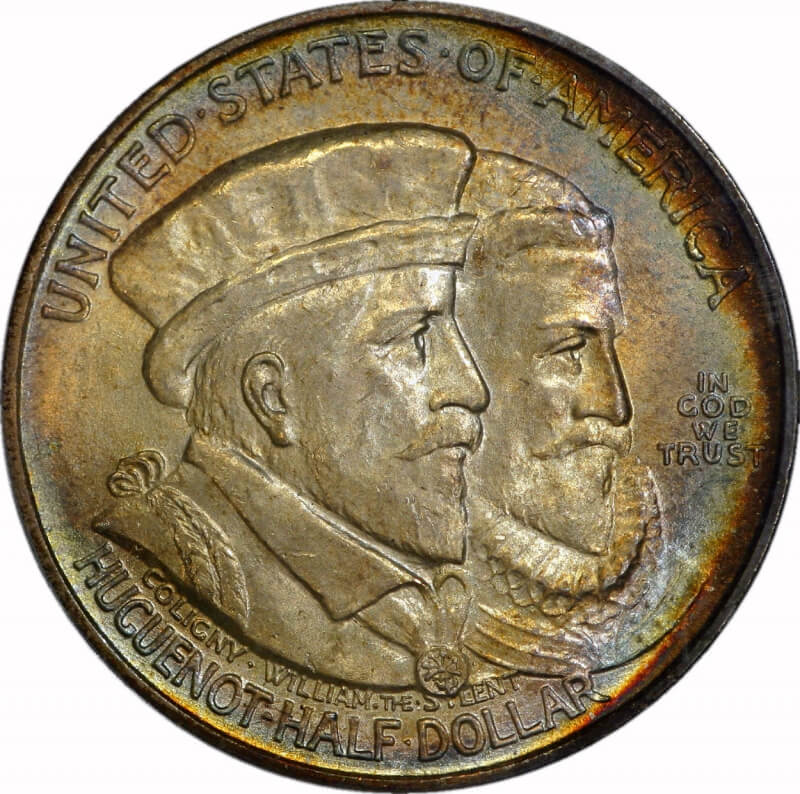 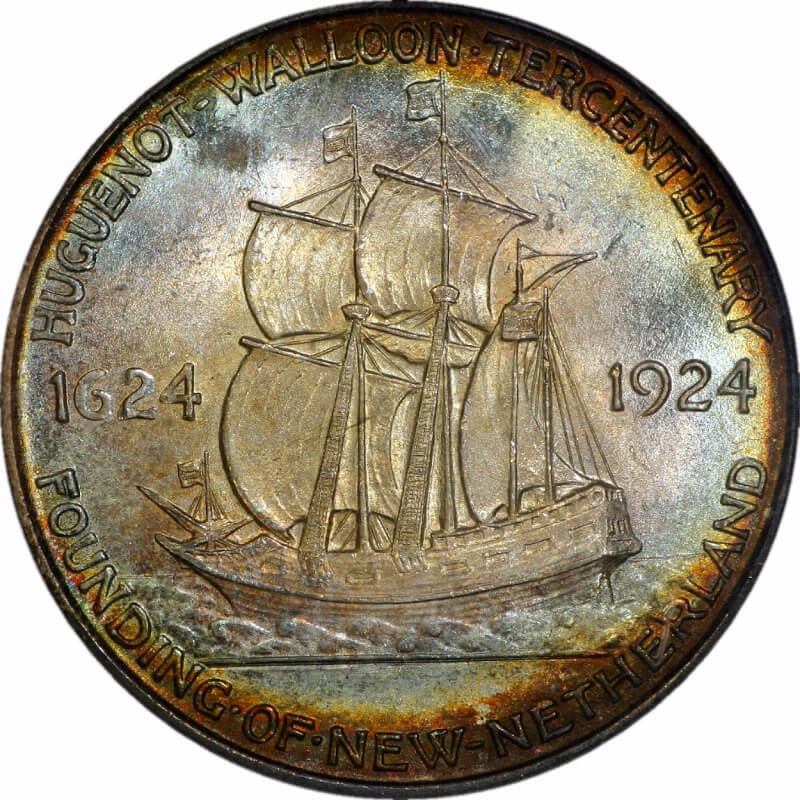