To commemorate the 75th anniversary of California's admission into the Union and fund the Diamond Jubilee celebration held in San Francisco.

A kneeling prospector facing left holding a miner's pan. Below the miner and directly above the date appear the words “CALIFORNIA DIAMOND JUBILEE.” 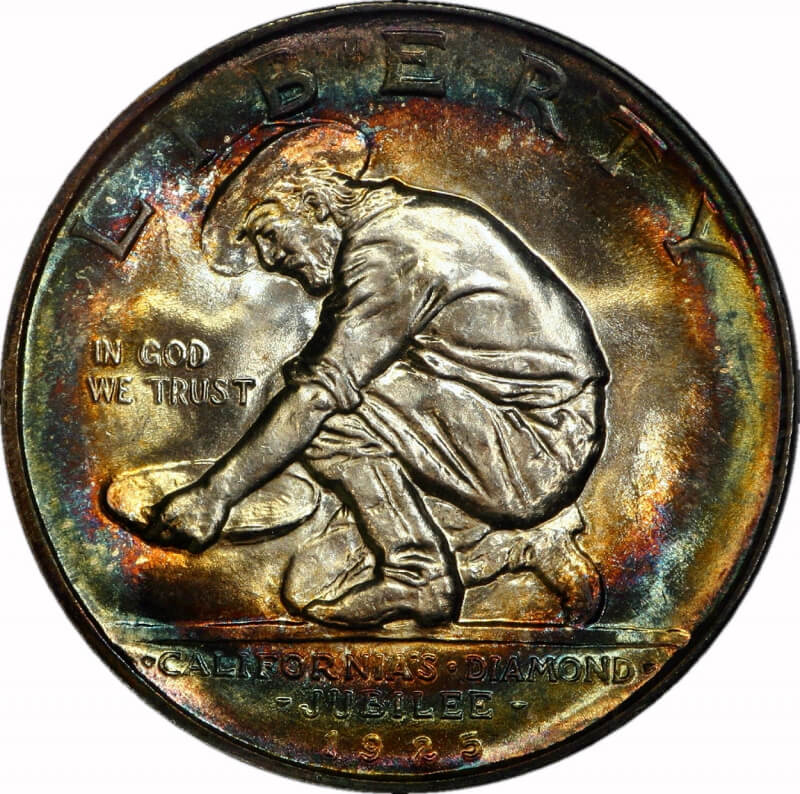 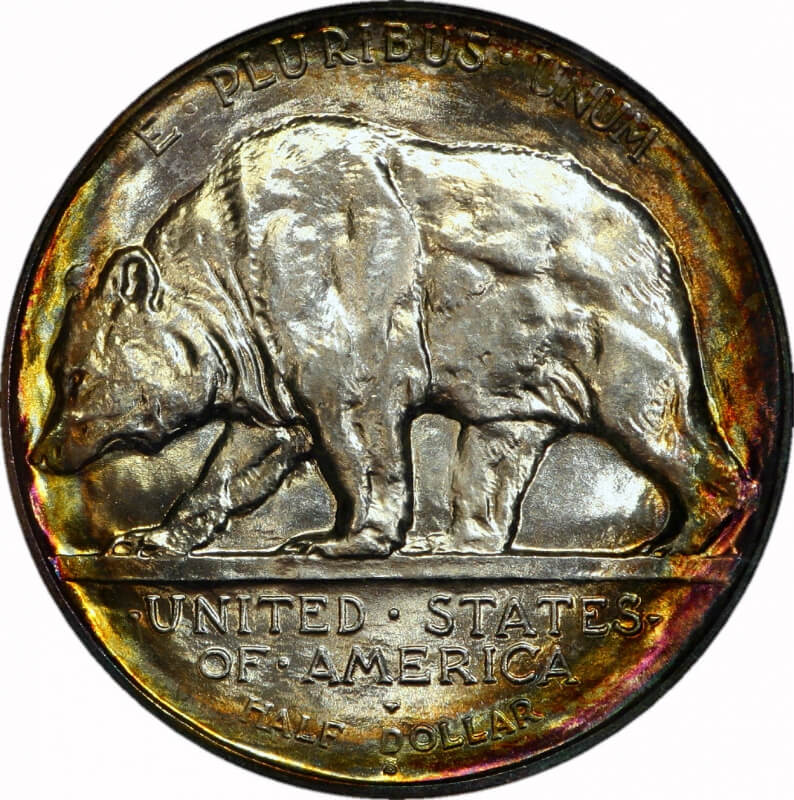