To commemorate the 100th anniversary of the founding of Fort Vancouver and to pay for the celebration held in the city of Vancouver, Washington.

A bust of Dr. John McLoughlin facing left. His name appears beneath his image.

Facing right, a standing frontier trapper holding a musket. Behind the trapper, Fort Vancouver and Mount Hood appear. At the top, inside of the rim, “FORT VANCOUVER CENTENNIAL” is found. At the bottom of the coin, “HUDSON'S BAY COMPANY” is inscribed with “VANCOUVER WASHINGTON FOUNDED 1825 BY HUDSON” in smaller font directly above. The designer's initials appear below the stockade posts.

Royal Family of the Columbia by Alberta Brooks Fogdall 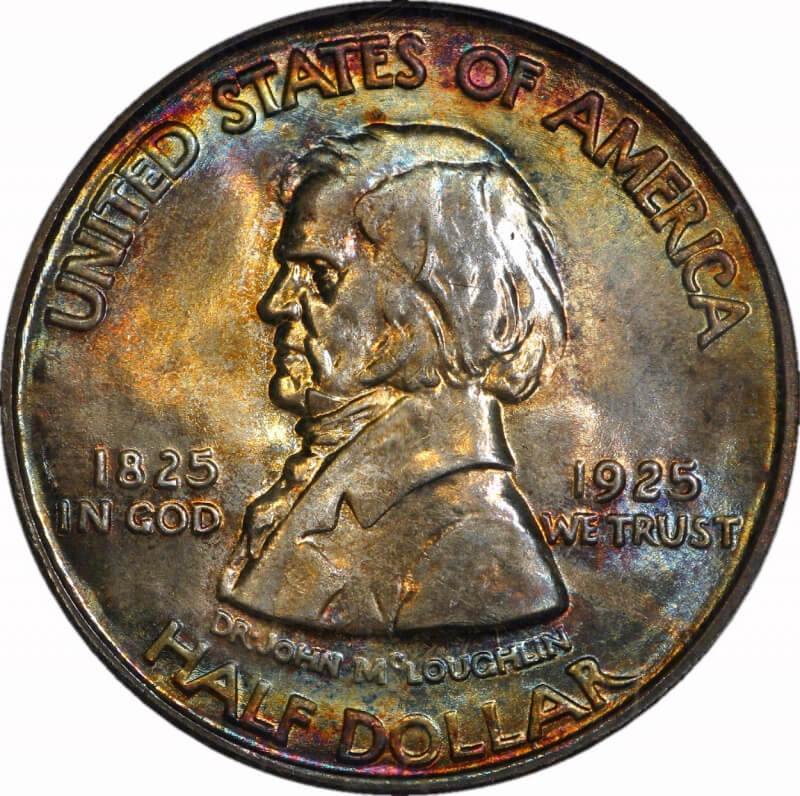 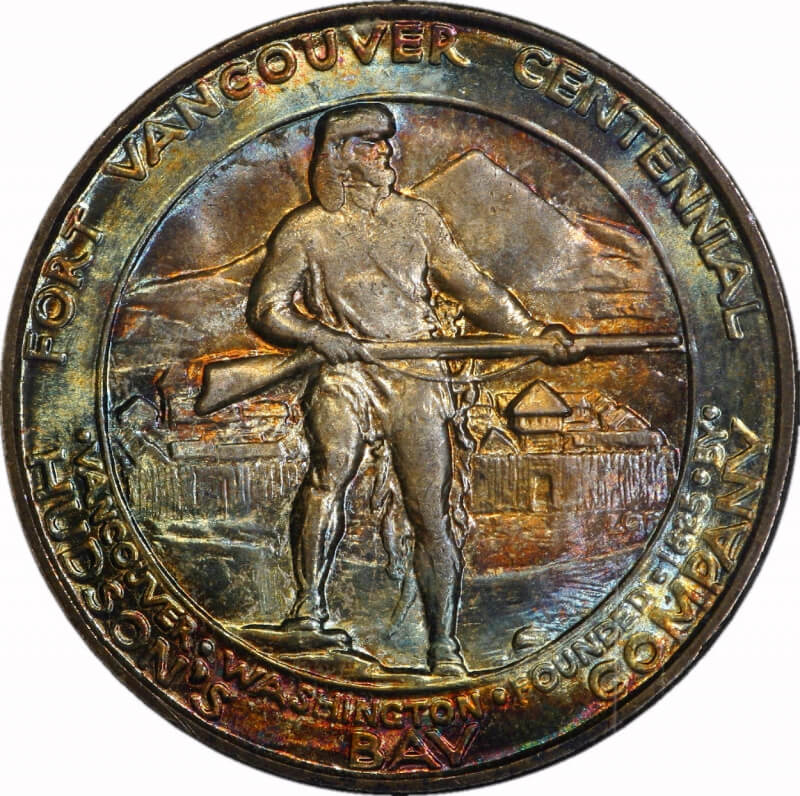