Standing image of the Minute Man in Concord, Massachusetts. The design was adapted from the statue by Daniel Chester French. The Minute Man is holding a musket with a plow to his left supporting his coat. At the bottom of the coin, “PATRIOT HALF DOLLAR” in inscribed. Inside the left field are the words “CONCORD MINUTE-MAN.”

162,000 coins were produced at the Philadelphia Mint. Only 86 were returned to the Mint. Most likely, the 86 exhibited errors in some fashion.

A Single Blow: The Battles of Lexington and Concord and the Beginning of the American Revolution April 19, 1775 by Phillip S. Greenwalt 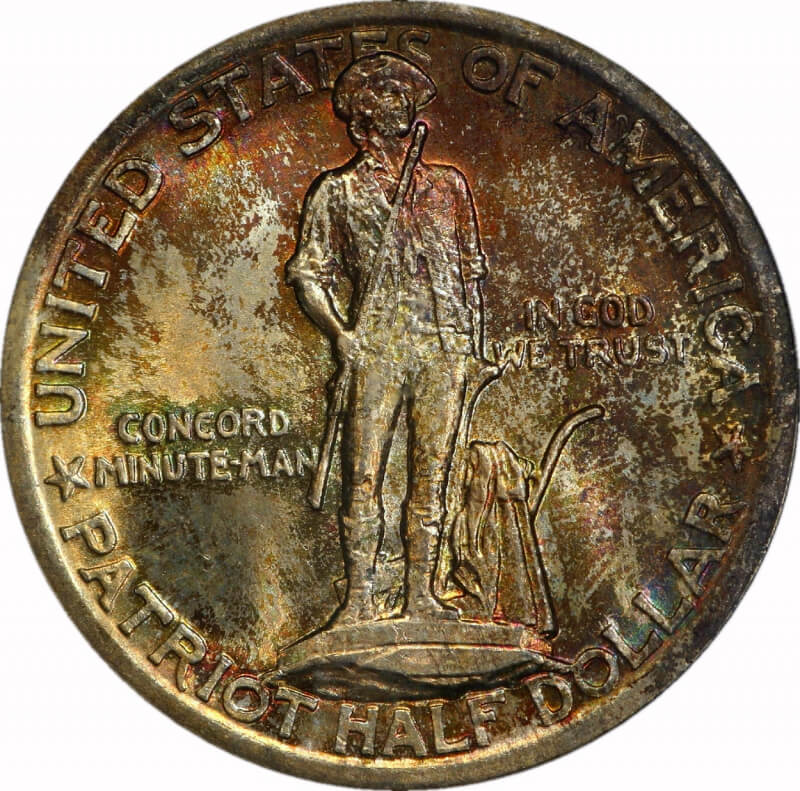 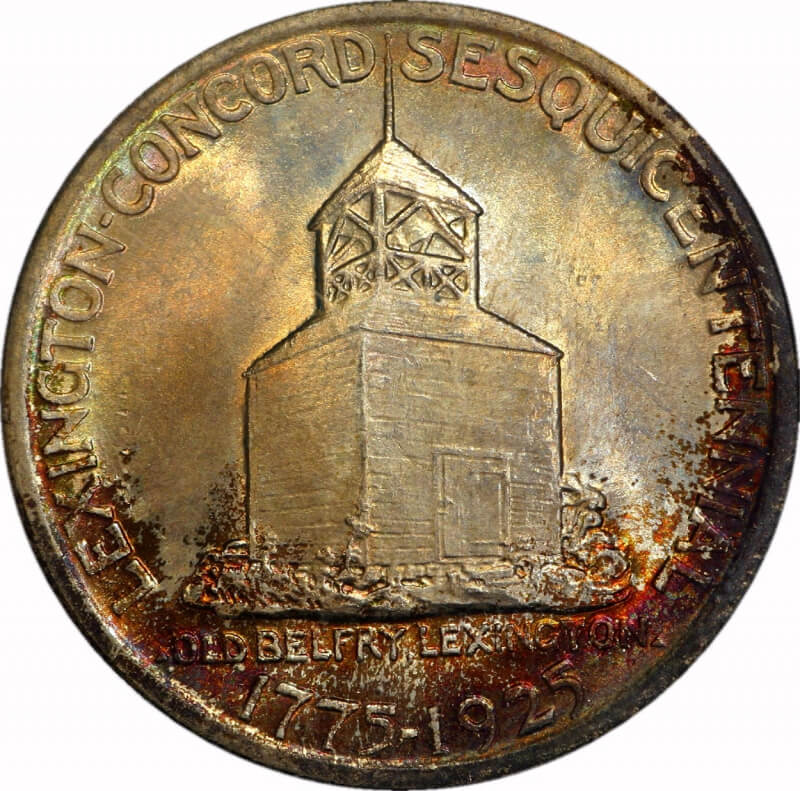