To fund the completion of the Stone Mountain Memorial and in memory of the recently deceased president, Warren Harding.

Equestrian figures of General Robert E. Lee and General Thomas J. “Stonewall” Jackson. General Jackson is facing the viewer. There are 13 stars in the upper field and the words “STONE MOUNTAIN” in the lower left field above the date. The designer's initials are found near the horse's tail.

An eagle perched on a mountain precipice with wings outstretched. In the left field appear the words “MEMORIAL TO THE VALOR OF THE SOLDIER OF THE SOUTH.” There are 35 faint stars throughout the field.

Carved in Stone The History of Stone Mountain by David B. Freeman 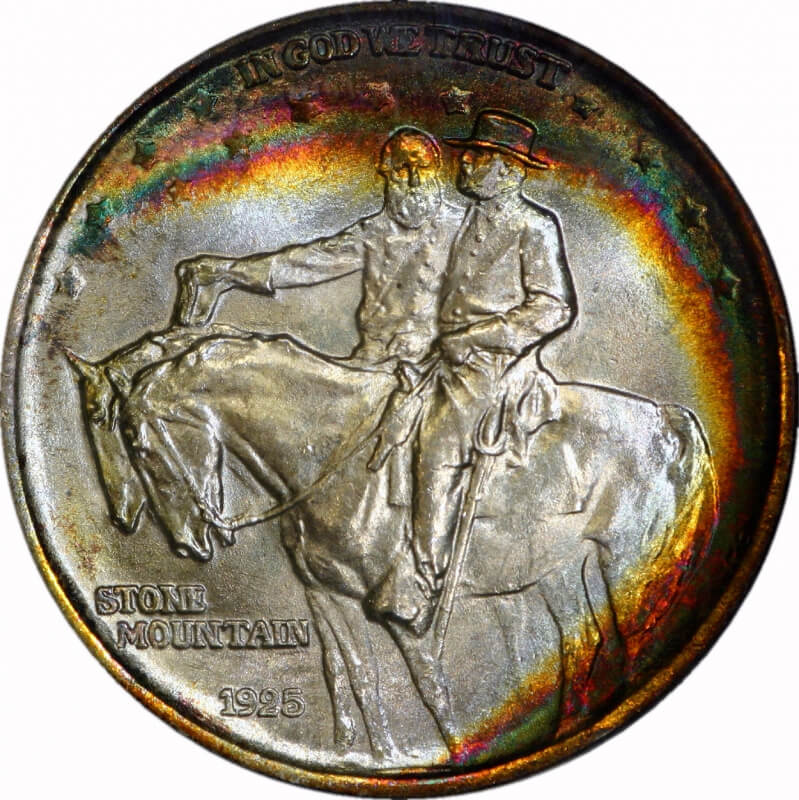 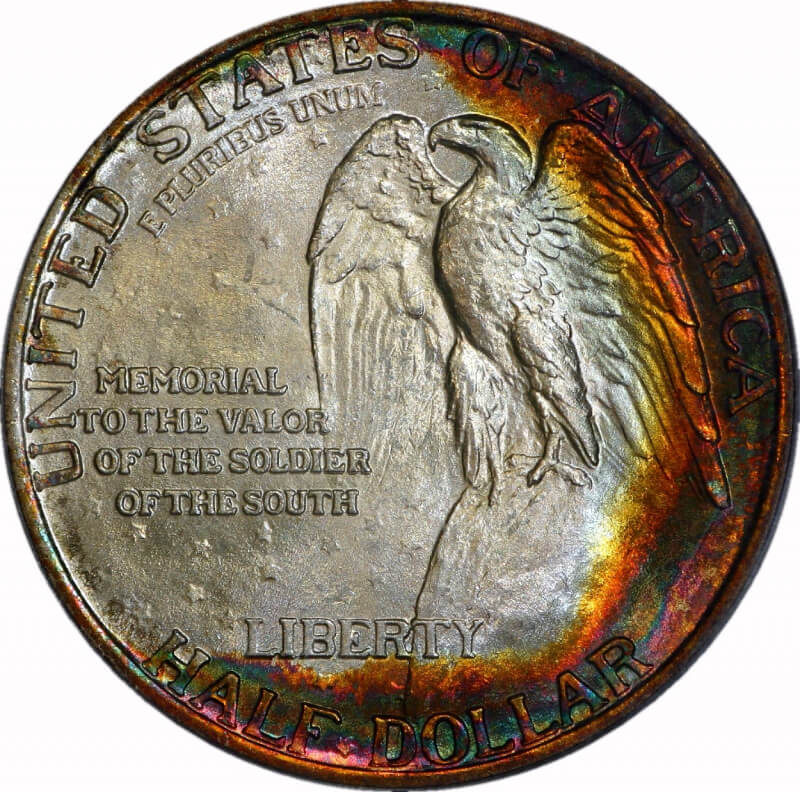