To commemorate the heroism of the frontier families that traveled the Oregon Trail to the Far West and to raise money for markers at important points along the existing trail.

Sale Price: Varies depending on year between $1.00 and $2.00 for individual pieces.

A Conestoga wagon drawn over a hill by two oxen heading westward. A figure is holding  a stick or branch, most likely used as a crop. The sun is setting and its rays extend across the sky. Five stars appear above the date of issue along with the inscription “OREGON TRAIL MEMORIAL.” James Earle Fraser and Laura Gardin Fraser's initials are located right behind the Conestoga wagon.

A full figure rendition of a Native American standing erect with an outstretched arm and raised hand. The Native American is wearing a headdress and is carrying a blanket and bow. In the background is a map of the United States with a line of wagons heading west.

Oregon Trail Memorial half dollars were  struck in eight different years. The total mintage during that time for sale to the public amounted to 264,250. Coins in 1938 and 1939 were sold in PDS Mint sets. A total of 61,317 were returned and melted. 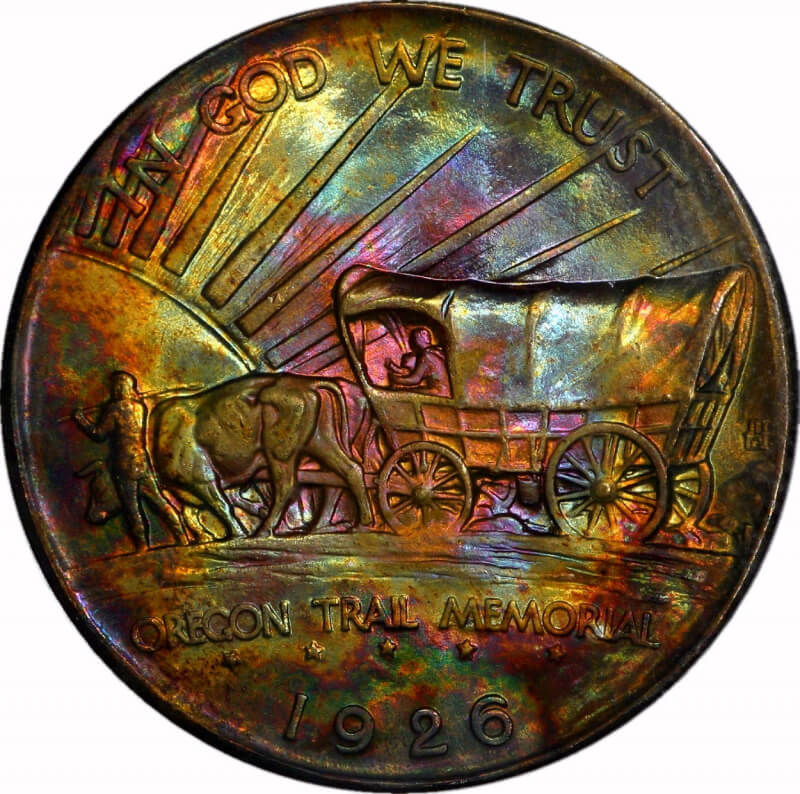 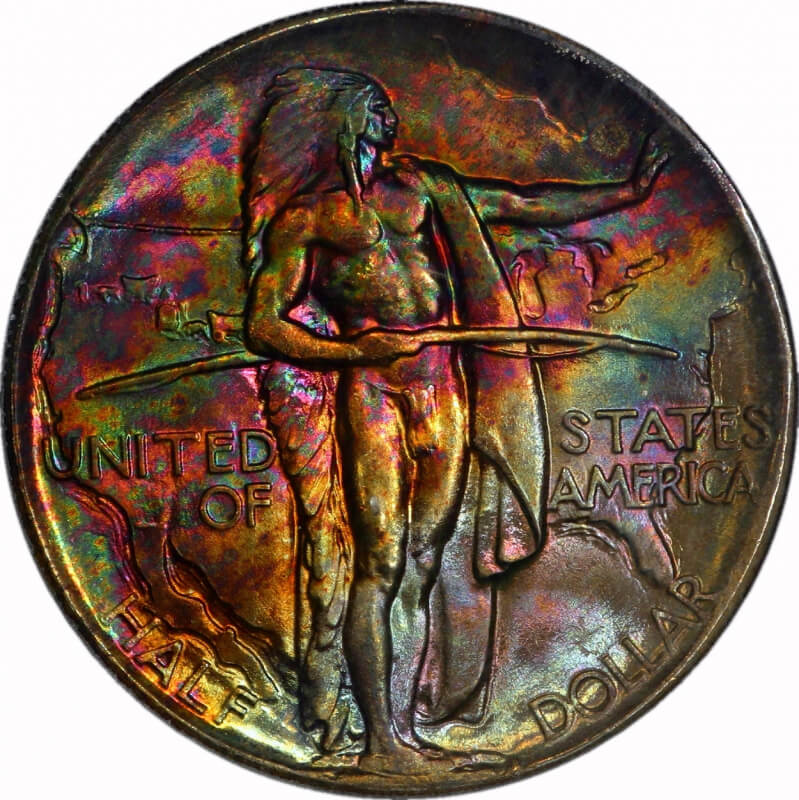