1926 Sesquicentennial of American Independence Half Dollar

To commemorate  the 150th anniversary of the signing of the Declaration of Independence and finance the Sesquicentennial Exposition held in Philadelphia.

Heads of George Washington and Calvin Coolidge facing right. The designer's initials are found on the truncation of Washington's bust.

The cracked Liberty Bell is located in the center of the field. Inside the raised border is the inscription “SESQUICENTENNIAL OF AMERICAN INDEPENDENCE.”

Sesqui!: Greed, Graft, and the Forgotten World's Fair of 1926 by Thomas H. Keels 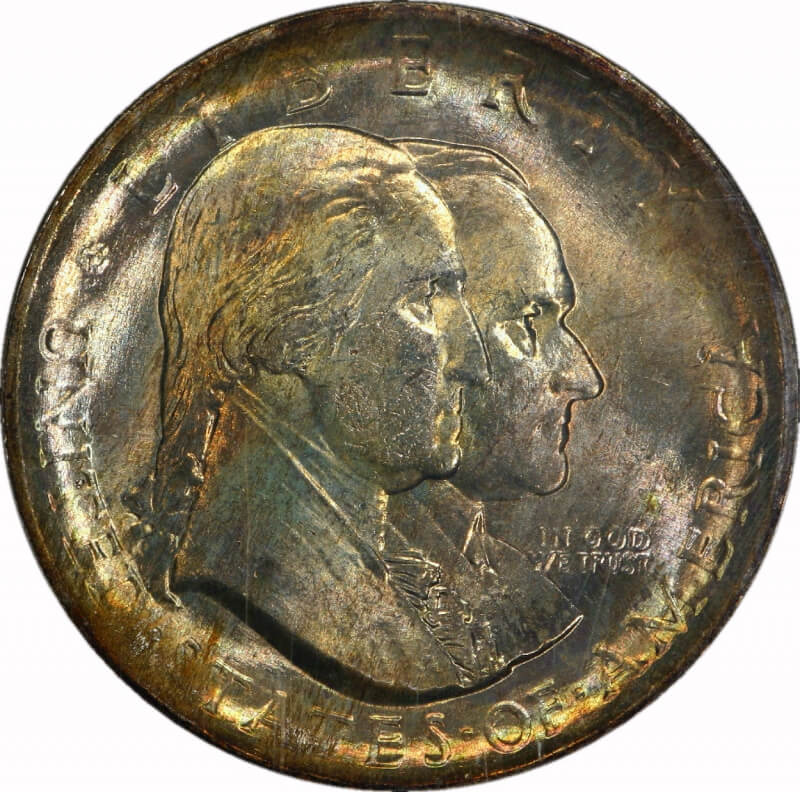 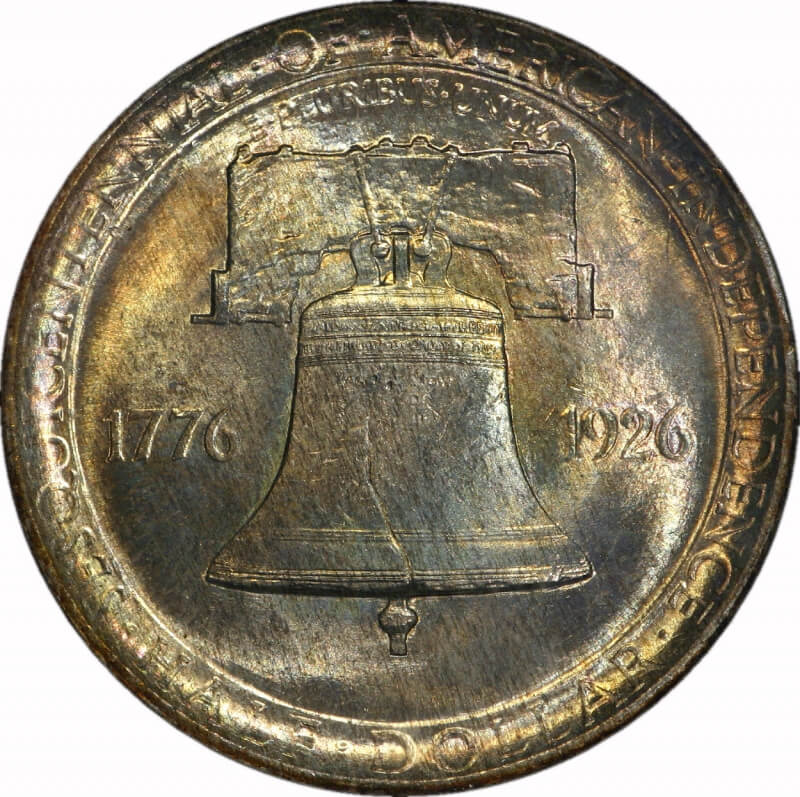