To commemorate the 150th anniversary of the Battle of Bennington and Vermont's independence, and raise money to benefit museums and historical societies in the state.

Head of Ira Allen, facing right. His name appears below the bust. “FOUNDER OF VERMONT” appears at the bottom of the coin.

A catamount heading left. At the top of the coin is the inscription “BATTLE OF BENNINGTON” and the dates 1777-1927. In the far left field, the date “AUG. 16” appears just below the catamount's head. The designer's initials are located in the field between the animal's left hind leg and tail.

40,000 pieces were authorized to be minted for sale to the public. The coin sold well locally but was initially of little interest outside of Vermont. Just over 28,000 sold, with 11,892 half dollars returned to the Mint.

The Battle of Bennington: Soldiers & Civilians by Michael P. Gabriel 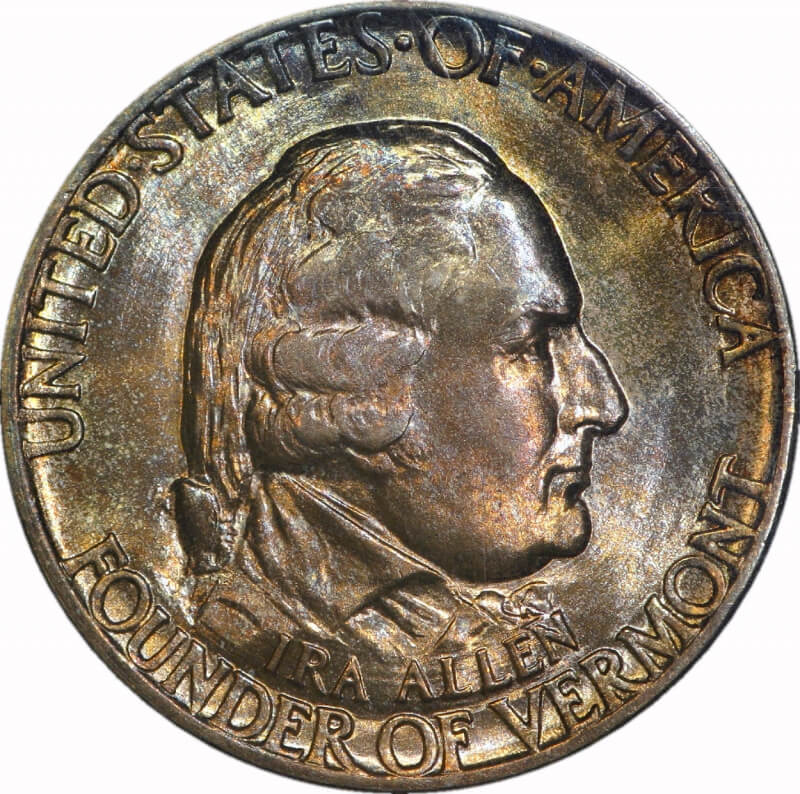 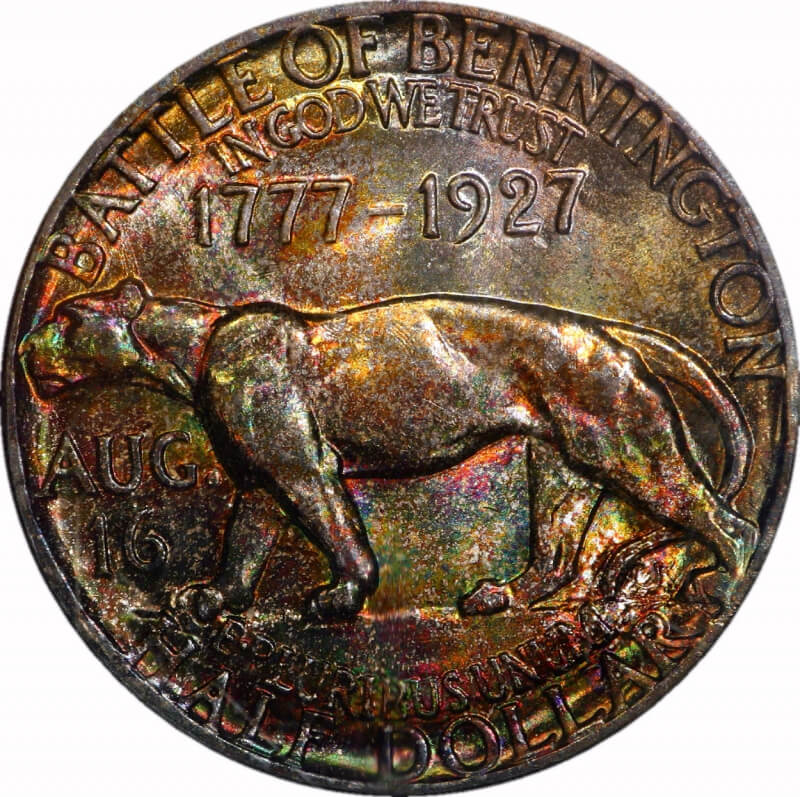