To commemorate the 150th anniversary of the landing by Captain James Cook on the Hawaiian Islands and to fund the Captain Cook Memorial Collection housed at the Bishop Museum in Honolulu.

Head of Captain James Cook facing left. In front of him are the words “CAPT. JAMES COOK DISCOVERER OF HAWAII”. A compass needle is found in the left field. Four triangles are located on each side  of “Half Dollar.” The triangles represent the eight largest volcanic islands of Hawaii. The initials of Chester Beach are at the right base of the bust.

A Hawaiian warrior chief based on a statue of King Kamehameha I of Hawaii. The warrior extends his right arm in greeting while holding an upright spear with his left hand. A palm tree is located in the upper right field. A village at Waikiki Beach and Diamond Head are seen behind the warrior.

Only 10,000 coins were created at the Philadelphia Mint for sale to the public.  Approximately 450 coins were held back to give as presentation pieces to museums and dignitaries. All coins were eventually sold. 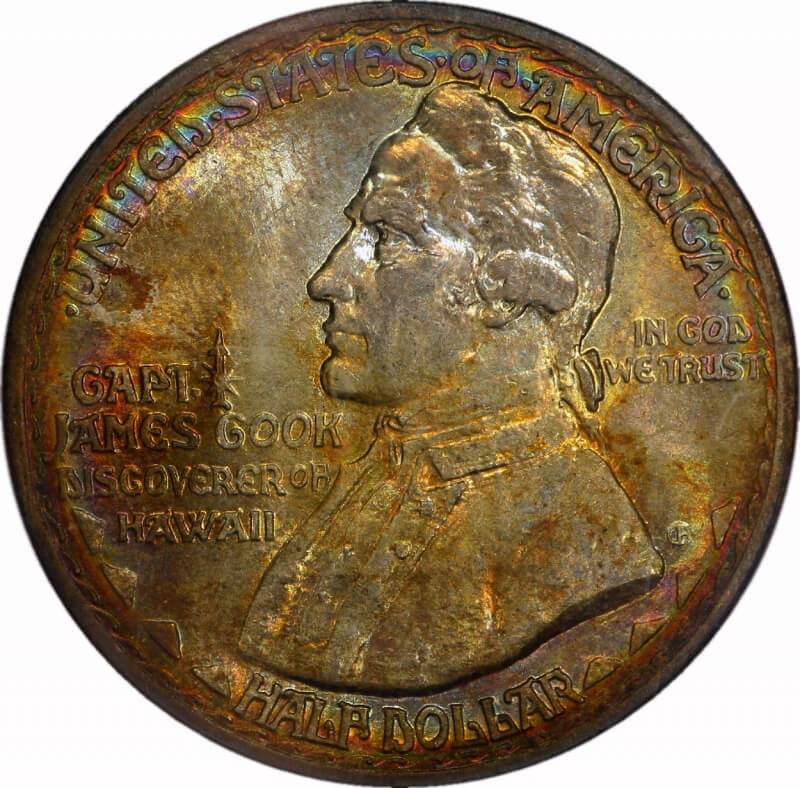 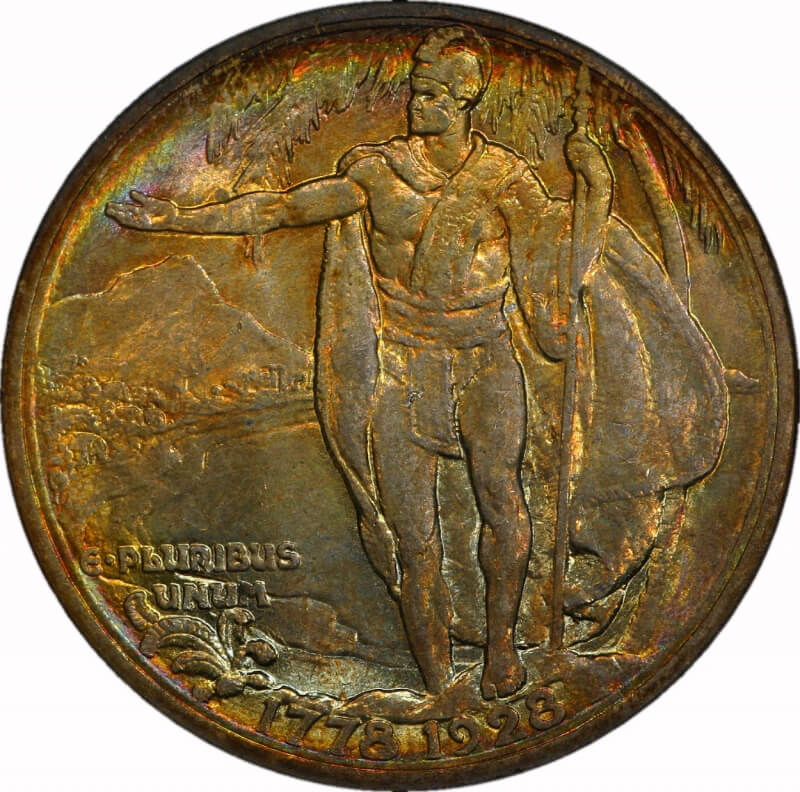