To commemorate the 200th anniversary of the birth of Daniel Boone and finance the restoration of four Boone sites.

Daniel Boone holding a musket with his left hand and holding a treaty of peace with his right hand. Boone faces Chief Black Fish who is holding a tomahawk. The left field includes the inscription “DANIEL BOONE BICENTENNIAL.” A rising sun is located in the left field with the words “Pioneer Year” appearing just above the rays.

The Life of Daniel Boone by Lyman C. Draper 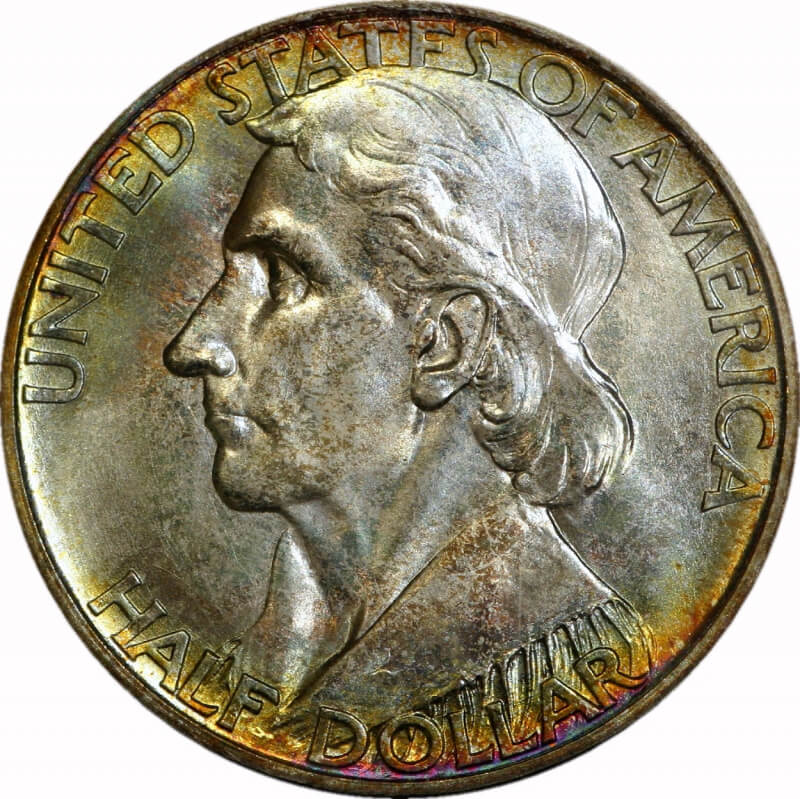