To commemorate the 100th anniversary of Texas independence from Mexico and help defray the cost of the Texas Centennial Exposition.

A large eagle facing left, over a five-pointed star symbolic of the “Lone Star” state of Texas.

A draped representation of the goddess Victory spreading her wings over the Alamo. A small portrait of Sam Houston appears in the left field and a portrait of Stephen F. Austin is found in the right field. Inside the border are the inscriptions “THE TEXAS INDEPENDENCE CENTENNIAL” and “REMEMBER THE ALAMO.” The six flags that have flown over Texas are located above Victory. The designer's initials are located at the right base of the Alamo.

A total of 304,000 Texas Centennial half dollars were minted for sale to the public over the course of five years that they were produced. Only the 1935-D and 1935-S examples escaped the melting pot. An astounding total of 154,522 were returned to the Mint.

Eyewitness to the Alamo by Bill Groneman

Published by Republic of Texas Press (2017) 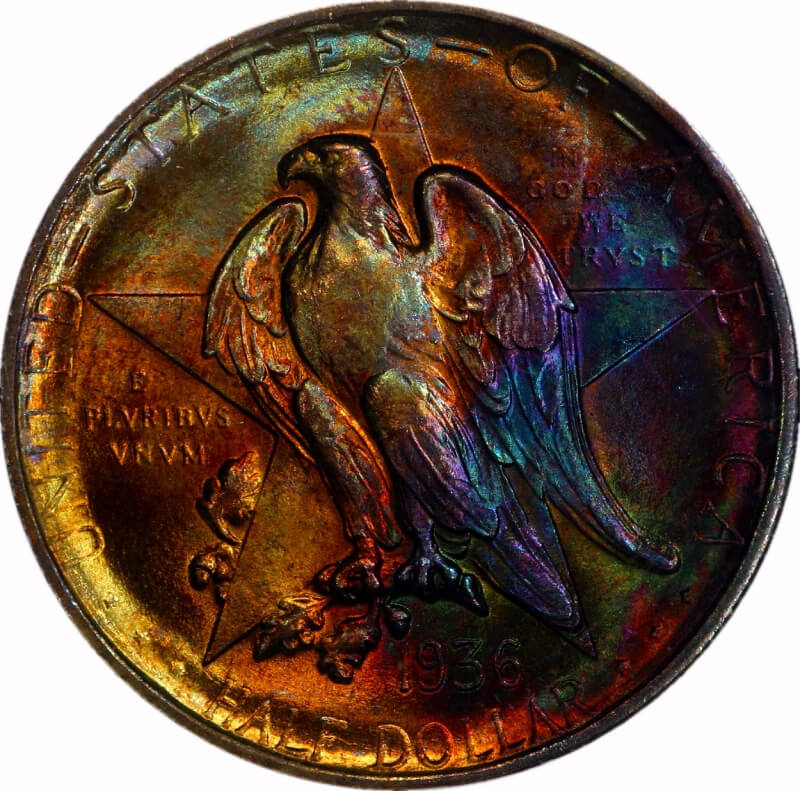 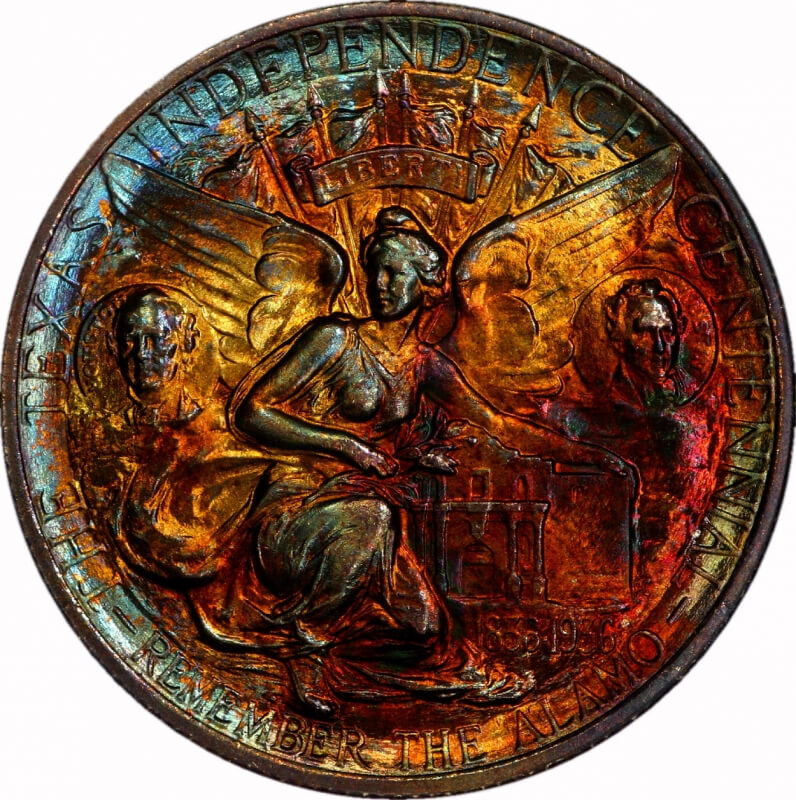