To commemorate the 300th anniversary of the founding of Maryland and fund the celebrations in the state.

Bust of Cecil Calvert, known as Lord Baltimore. His name appears below the bust.

The coat of arms of Maryland appears on the reverse of the coin. A full figure appears on each side of the coat of arms. One figure (with the spade) is Labor and the other is Fisheries. The state motto “FATTI MASCHII PAROLE FEMINE” is found on a ribbon beneath the arms. Translated, the motto says “Deeds are manly, words are womanly.” “MARYLAND TERCENTENARY” is located at the top of the coin.

All 25,000 Maryland coins were struck at the Philadelphia Mint and all coins were eventually sold with some selling at a discount after the tercentenary celebration was over. 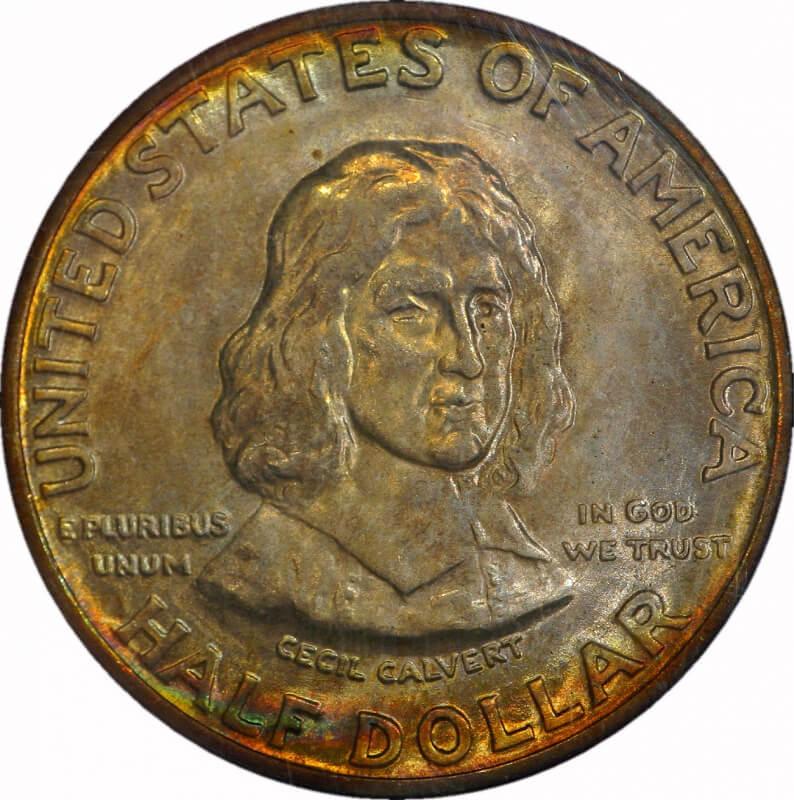 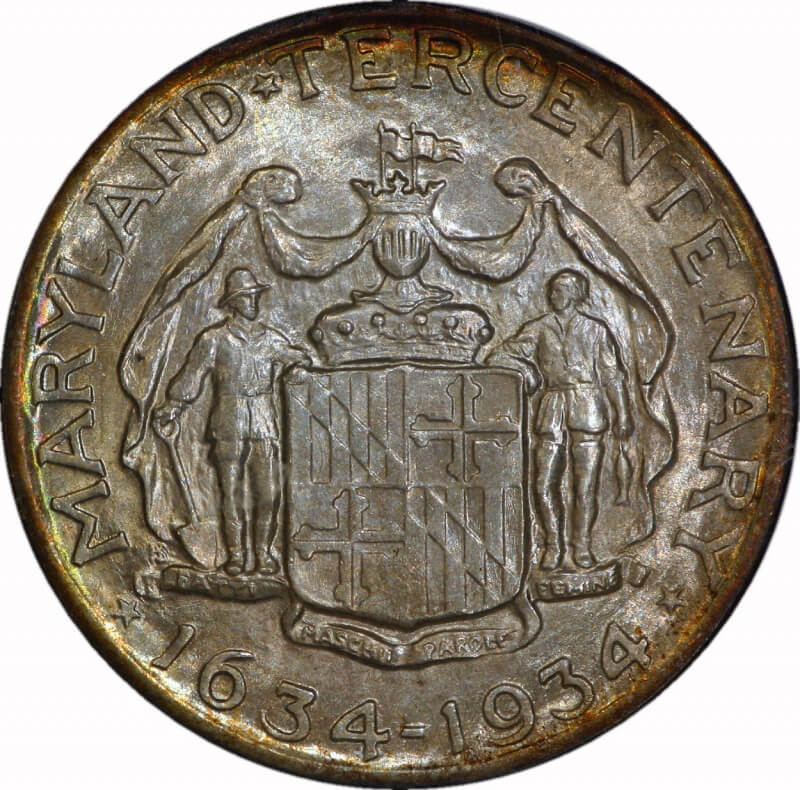