To commemorate the California-Pacific International Exposition held in San Diego and help offset the cost of the fair.

The California State Seal with a seated Minerva, goddess of wisdom and commerce, facing left. Minerva wears a helmet and holds a staff with her right hand. Her left hand grips a shield that bears the head of Medusa. Above Medusa's head is the state motto of California, “EUREKA.” Between Minerva and the shield is a cornucopia. A grizzly bear sits at Minerva's right. Behind them is a gold miner and sailing ship with the outline of the Sierra Madre mountains serving as a background. The designer's initials are found in the lower left field.

Two buildings are featured, both originally constructed for the Panama-California Exposition of 1915 - 1917. The California Tower is in the right field and the Chapel of St. Francis is located to the left. The words “SAN DIEGO” rests above the chapel The inscription “CALIFORNIA PACIFIC INTERNATIONAL EXPOSITION” surrounds the design.

Empress San Francisco: The Pacific Rim, the Great West, and California at the Panama-Pacific International Exposition by Abigail M. Markwyn 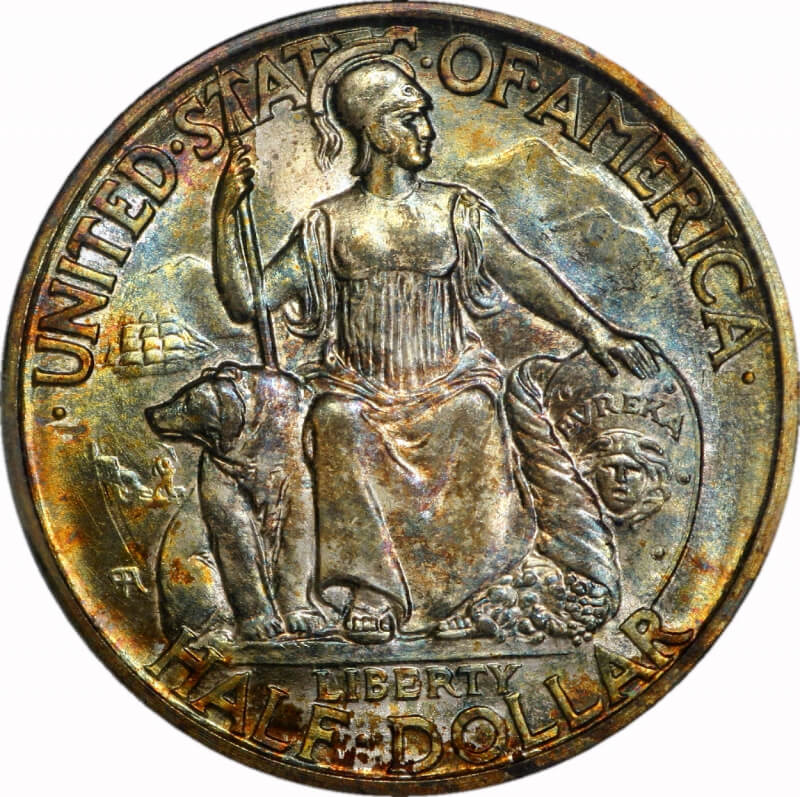 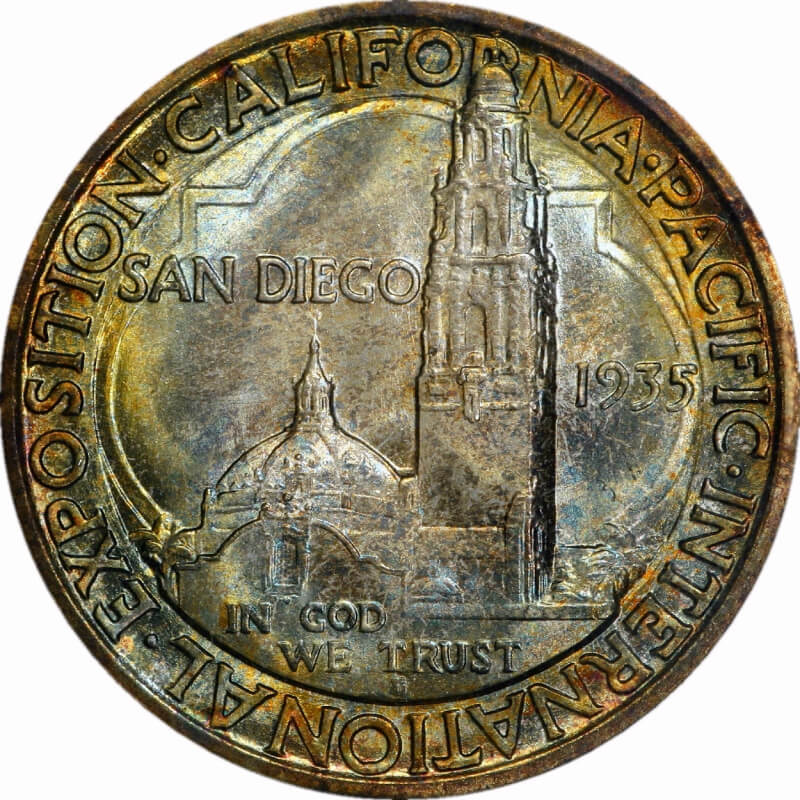