To commemorate the 100th anniversary of the admission of Arkansas into the Union and to raise funds for statewide celebrations.

Heads of a Native American Chief wearing a headdress and Lady Liberty wearing a Phrygian cap. Both heads are facing left. The centennial dates appear in the left lower field. “ARKANSAS CENTENNIAL” is located at the bottom of the design.

An eagle with outstretched wings facing right. The eagle is perched atop a sun. The eagle holds within its beak, a ribbon bearing two mottoes: “IN GOD WE TRUST” and “E PLURIBUS UNUM.” Three stars are positioned directly above the eagle. A single star is located just above the name “ARKANSAS.” Above the eagle is an outline of the top portion of a diamond embedded with 13 stars. 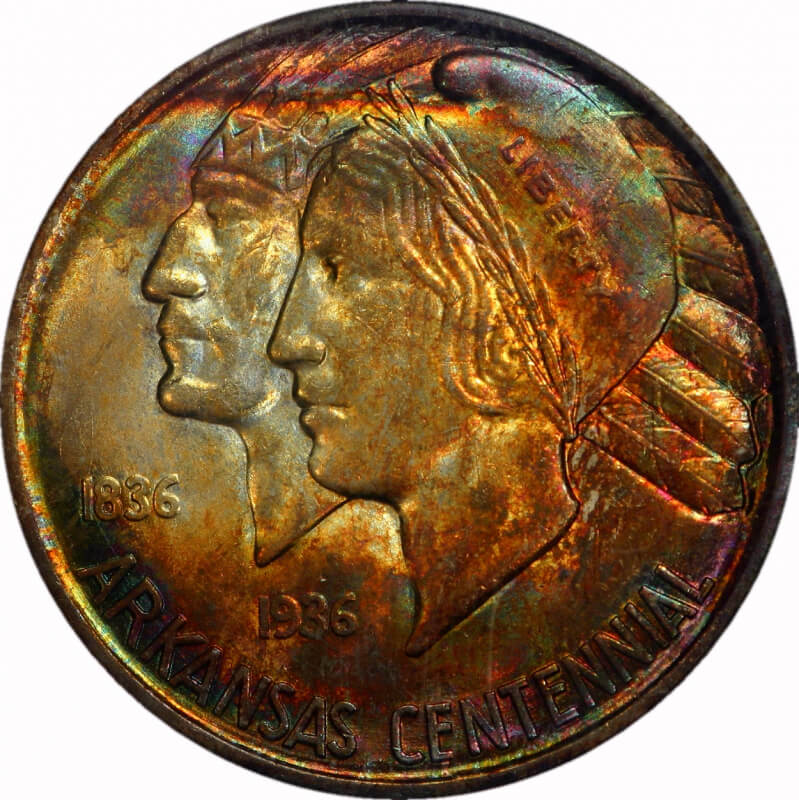 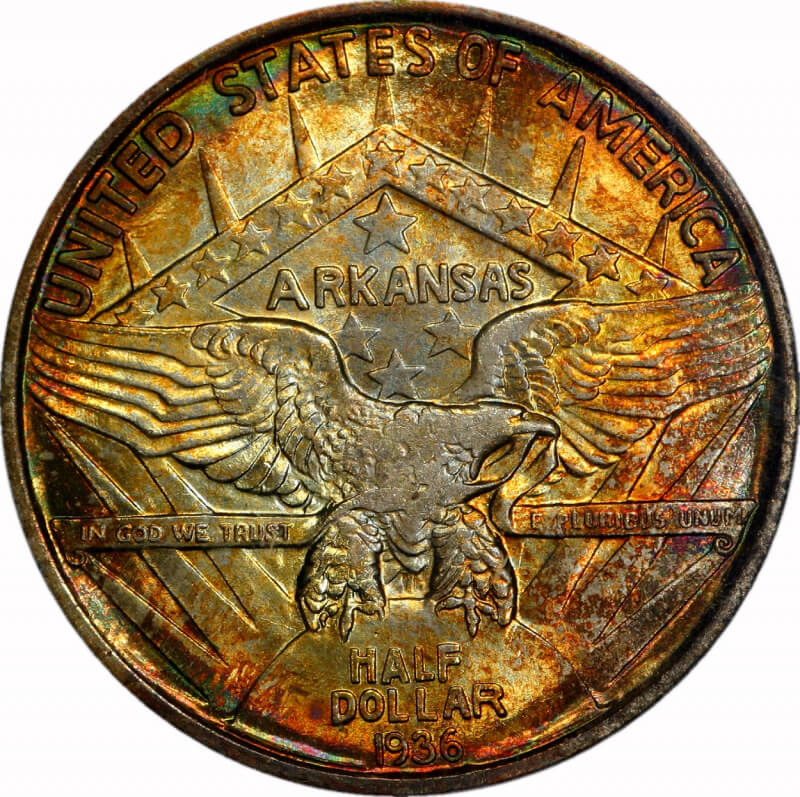