To commemorate the 300th anniversary of the founding of Connecticut and to fund projects sponsored by the Connecticut Tercentenary Commission.

The Charter Oak based on a painting by Charles Brownell. The words “THE CHARTER OAK” are found in the lower right field beneath the branches of the trees. “CONNECTICUT” is below the tree and above the 1635-1935 date.

An eagle standing on a rocky mound. Thirteen stars surround the eagle.

The Connecticut half dollar sold well. Of the 25,000 minted for sale, none were returned to be melted.

The Story of the Charter Oak by Colin Simkin 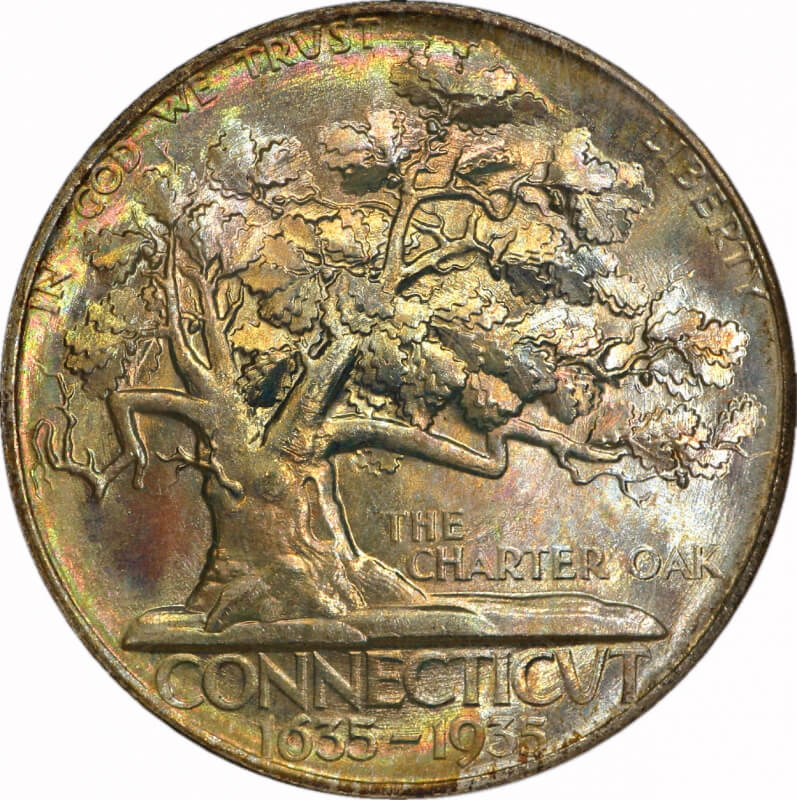 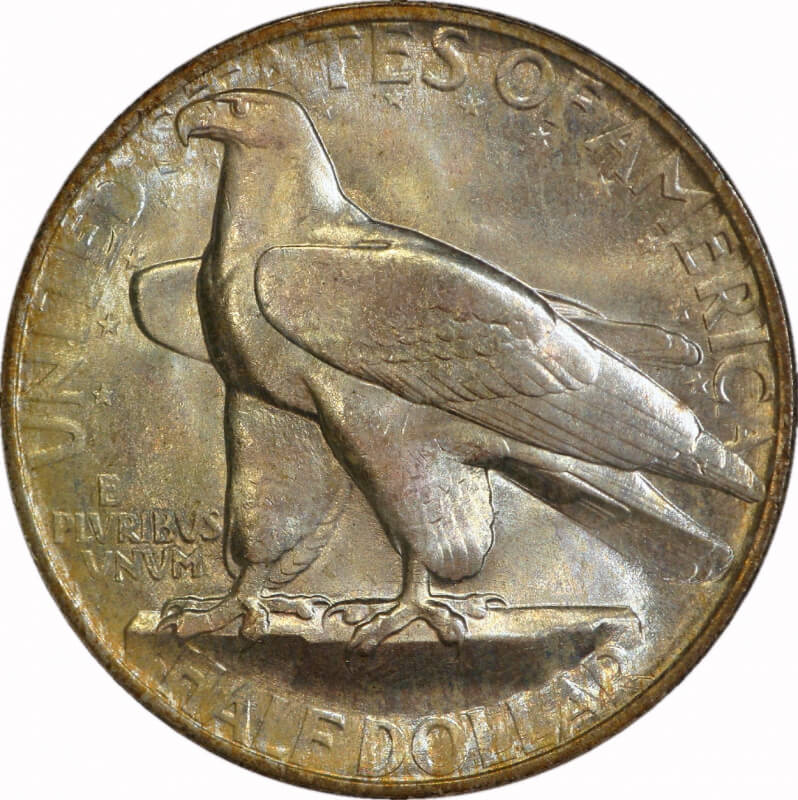