To commemorate the 150th anniversary of the founding of Hudson, New York.

The ship Half Moon sailing to the right. The name “HUDSON” is located below the ship with a quarter moon appearing above the ship. The designer's initials are located within the lower border.

An adaptation of the seal of the city of Hudson. The god Neptune is riding backwards on a whale while holding a trident in his right hand. A mermaid blowing a conch shell appears in the background. “CITY OF HUDSON N.Y.” is located just below the upper border. The city's motto “ED DECUS ET PRETTIUM RECTI” (“Both the honor and reward of the righteous”) is on a ribbon surrounding the seal with the anniversary dates located at the bottom of the coin.

The Philadelphia Mint produced 10,000 coins for sale to the public. Large pre-orders were placed by a few people in May of 1935. When the coins were released in late June, those not already ordered were sold out in five days.

Half Moon: Henry Hudson and the Voyage that Redrew the Map of the New World by Douglas Hunter 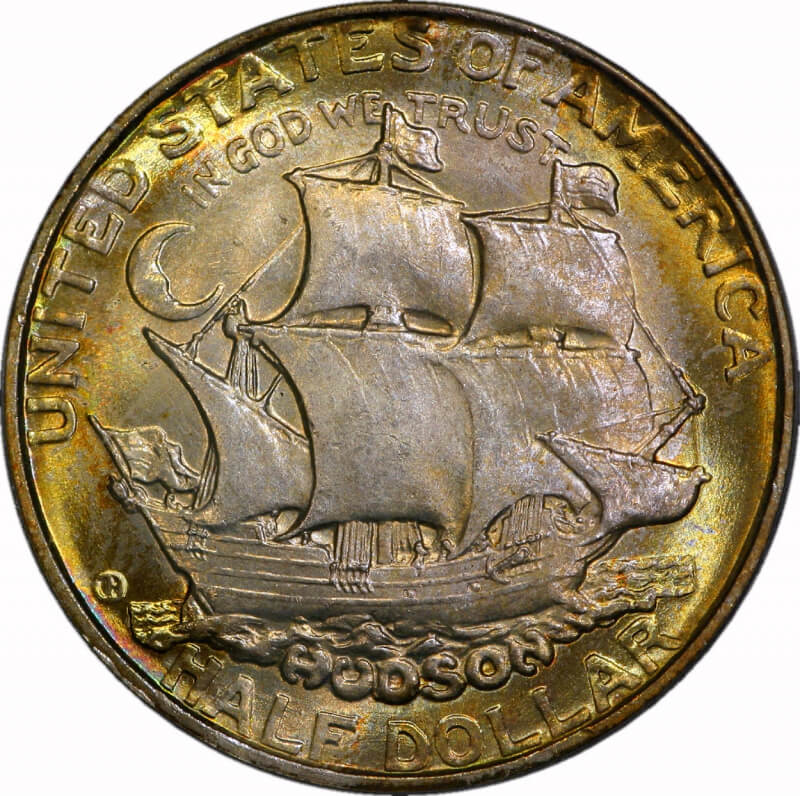 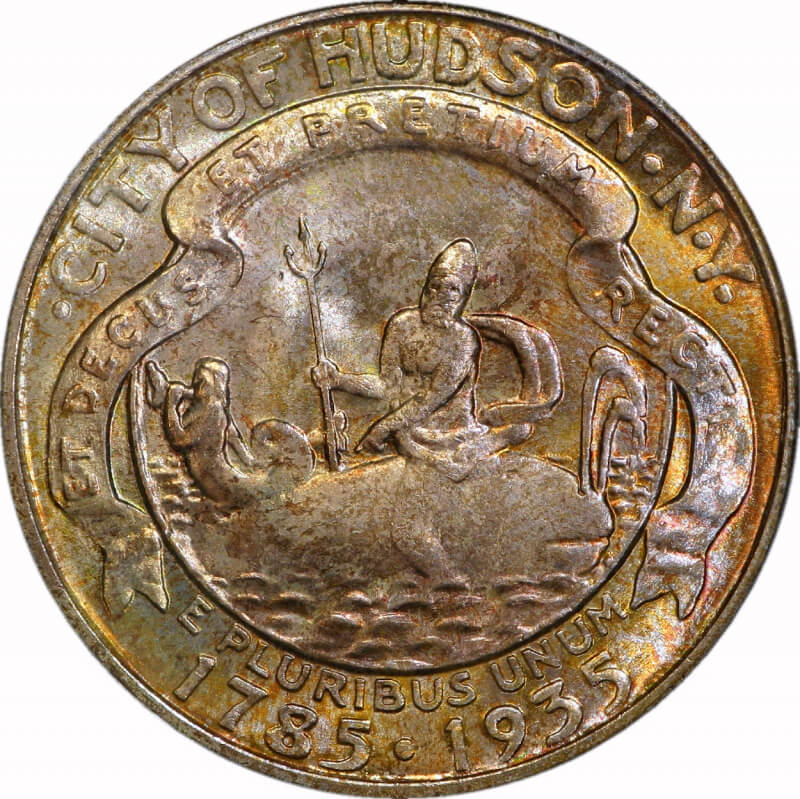