To commemorate the 400th anniversary of Cabeza de Vaca's expedition and the Old Spanish Trail, and fund the work of the El Paso Museum.

The head of a cow. Underneath is the name of the explorer Alvar Nunez Cabeza de Vaca.

A Yucca tree in the center of the coin superimposed over a map of the five Gulf States with a line indicating the route taken by Cabeza de Vaca. “OLD SPANISH TRAIL” appears at the top of the coin just inside the border. “EL PASO” is found where the trail supposedly ends and the anniversary date is located at the bottom of the coin. The designer's initials are near the edge of the coin at the lower right border.

10,000  half dollars were struck at the Philadelphia Mint for the public. Distribution of the coins was handled exclusively by L.W. Hoffecker who said that he intended for the coins to only be sold to collectors and not speculators. No examples were returned to the Mint.

A Land So Strange: The Epic Journey of Cabeza de Vaca by Randres Resendez 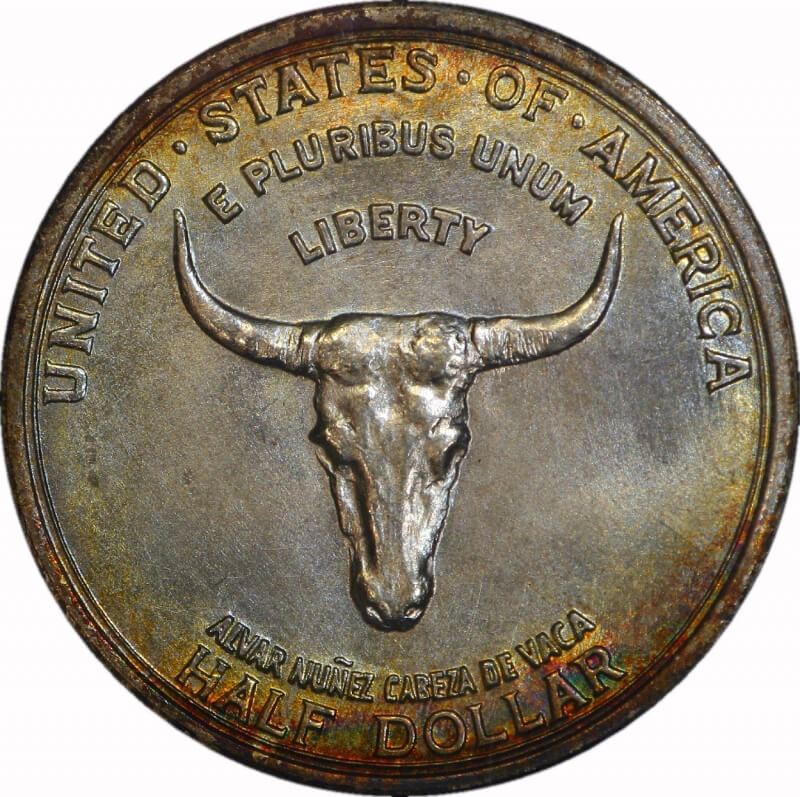 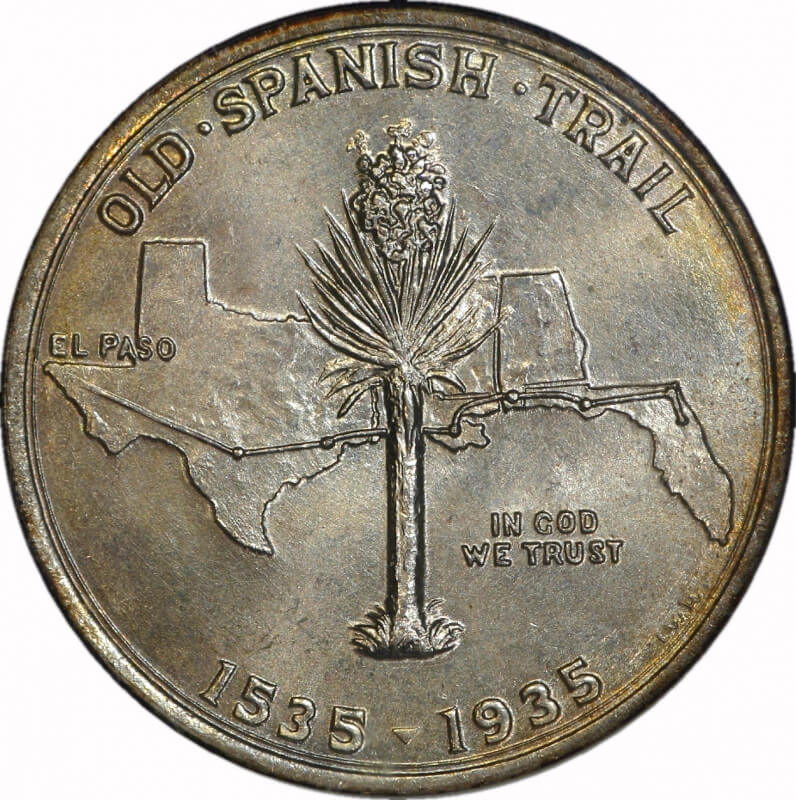