To commemorate the 250th anniversary of the founding of the city of Albany, NY.

A beaver gnawing on a maple branch. Two maple keys, complete with seeds, are located on each side of the beaver. A beaver is included in the Albany city seal.

Governor Thomas Dongan taking leave of his secretary Robert Livingston and Peter Schuyler, the first mayor of Albany. Schuyler is holding the Albany city charter of 1686. An eagle with outstretched wings is located above the group. The inscription “SETTLED 1614 CHARTERED 1686 ALBANY NY” encircles the coin. Two pine cones are located in the same position  as the maple keys on the obverse. The date 1936 is located in the exergue. The designer's initials are found beside Dongan's foot. 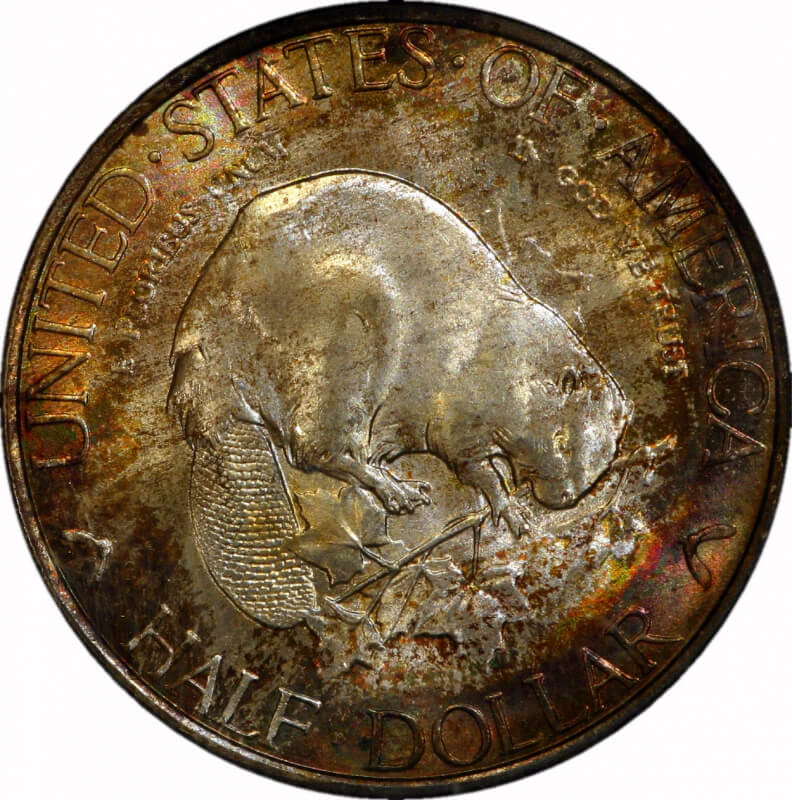 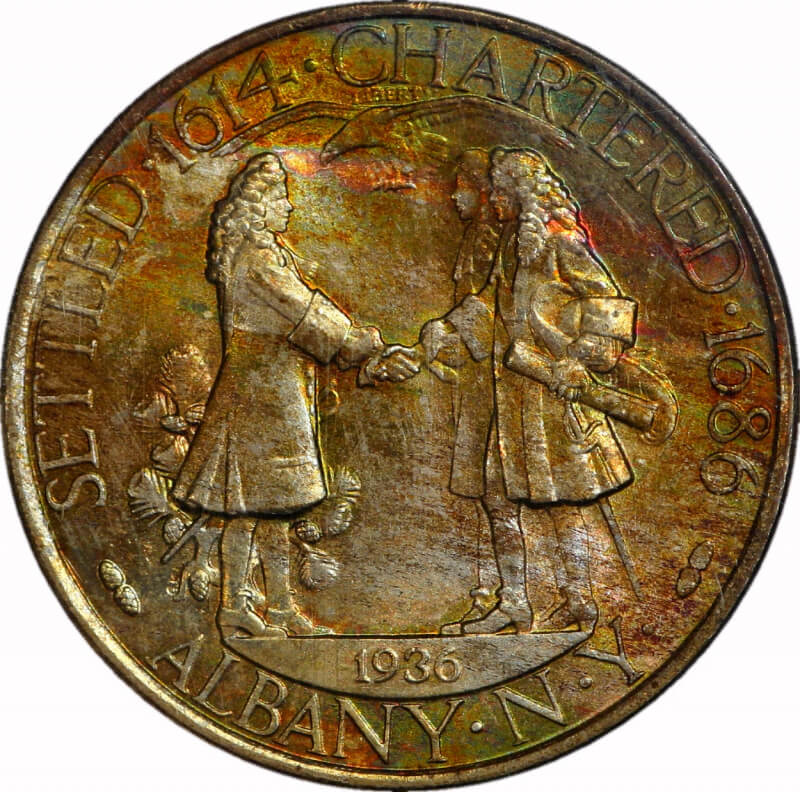