1936 Battle of Gettysburg Half Dollar

To commemorate the 75th anniversary of the Battle of Gettysburg and to defray the cost of the federally-funded reunion.

Busts of a Confederate and Union veteran in uniform facing right. “BLUE AND GRAY REUNION” appears at the bottom of the outer border.

Shields of the Union and Confederate armies are located in the center, divided by a double-bladed fasces. At the sides of the shields are oak and olive branches symbolizing war and peace. On the outer border is located the words “1863 75th ANNIVERSARY 1938 BATTLE OF GETTYSBURG.”

50,000 dollars were struck for sale to the public.  Remarkably for such a popular historic event, 23,100 coins remained unsold and were returned to the Mint for melting.

The Last Reunion of the Blue and Gray by Paul L. Roy 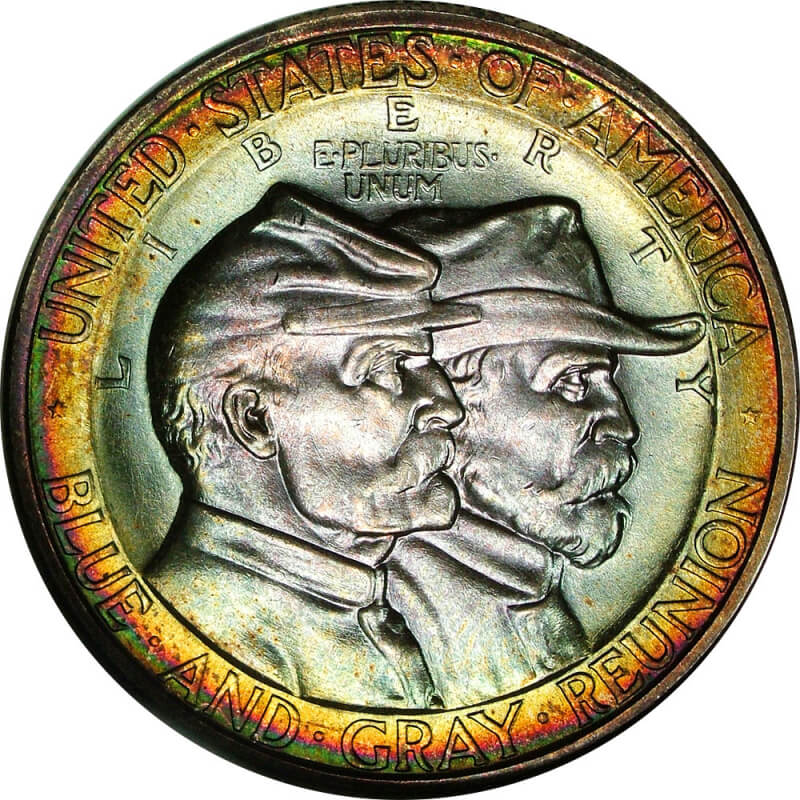 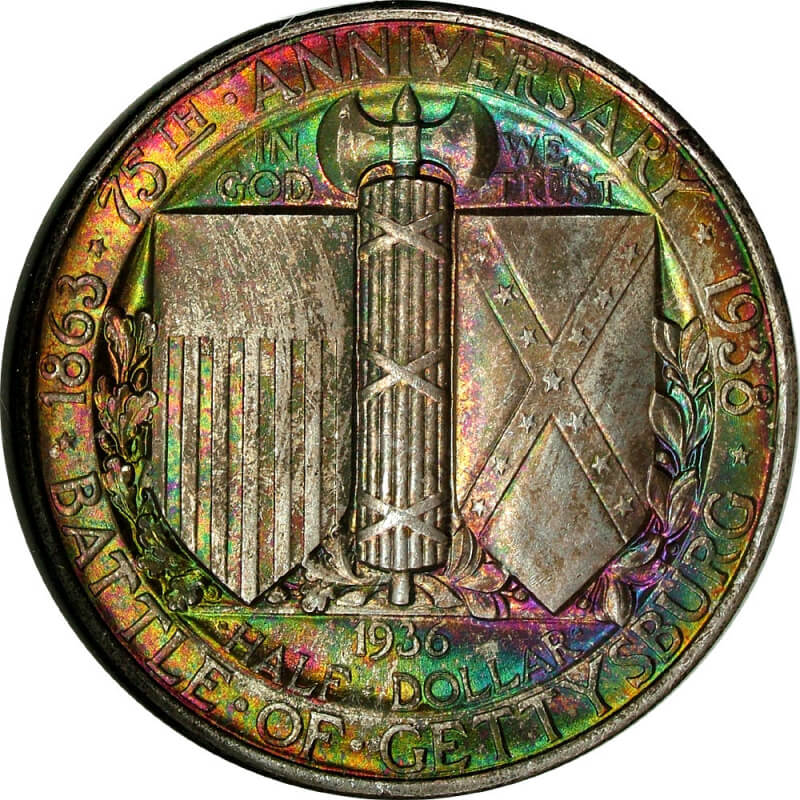