To commemorate P.T. Barnum, a favorite son of Bridgeport, and the centennial celebration for the city.

Maximum Number Authorized: 25,000 as a minimum with an unlimited maximum.

Bust of Phineas Taylor Barnum, facing left. The inscription “BRIDGEPORT CONNECTICUT CENTENNIAL1836-1936” is located around the coin's border. “P.T. BARNUM” is found below the bust.

An Art Deco stylized eagle with folded wings standing atop an edge. The eagle is facing right. The designer's initial is located in the lower right field.

25,000 examples were struck for the public. With the minimum struck, no further examples were made and none were returned to the Mint. 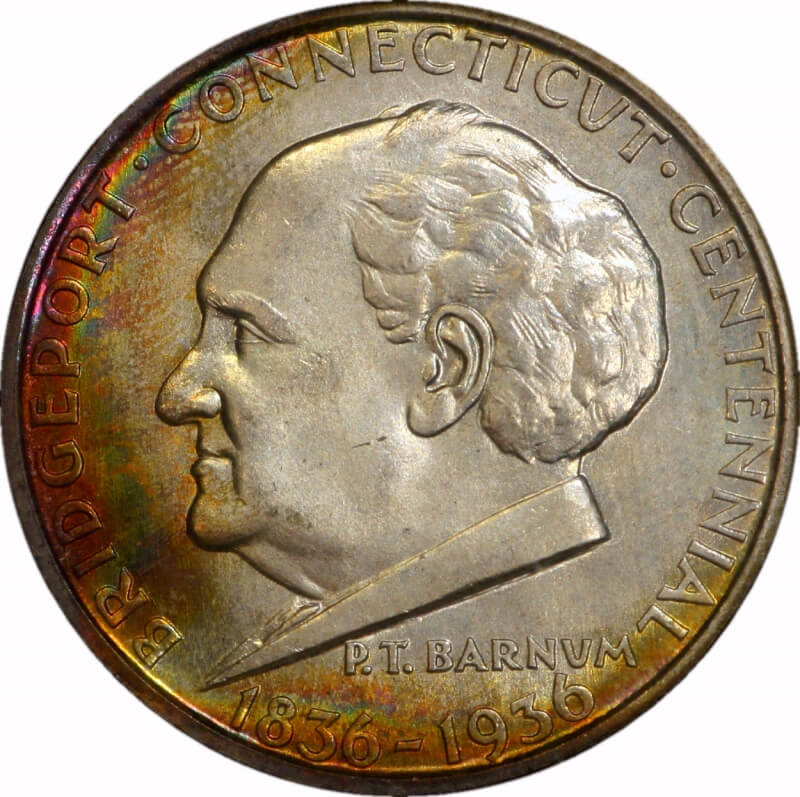 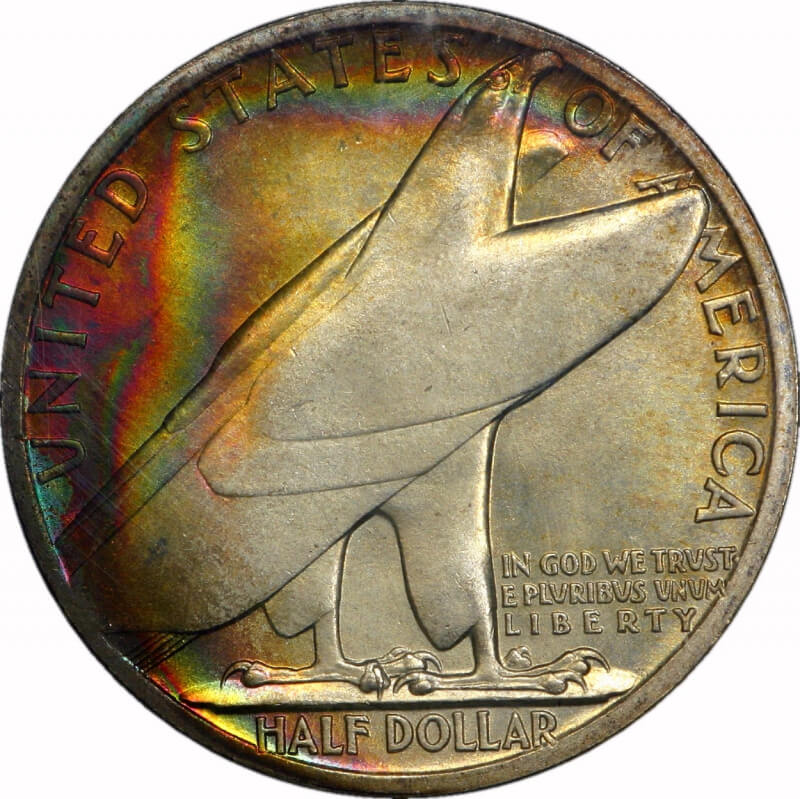