To commemorate the 50th anniversary of Cincinnati, Ohio, as a center of music, and its contribution to the art of music for the past 50 years.

A bust of Stephen Foster facing right. Below the bust is the inscription “STEPHEN FOSTER AMERICA'S TROUBADOUR.” The designer's initials are located at the nape of Foster's neck.

A kneeling figure, representing the goddess of music. She is holding a lyre with both hands. The date 1886 is located in the left field. Around the coin's border near the edge is the inscription “CINCINNATI A MUSIC CENTER OF AMERICA.”

15,000 dollars were struck for the public. 5,000 each were struck at the Denver, San Francisco and Philadelphia Mints. The coins were sold as a set of three and none were returned to the Mint.

The Life and Songs of Stephen Foster: A Revealing Portrait of the Forgotten Man Behind “Swanee River,” “Beautiful Dreamer,”and “My Old Kentucky Home”  by JoAnne O'Connell 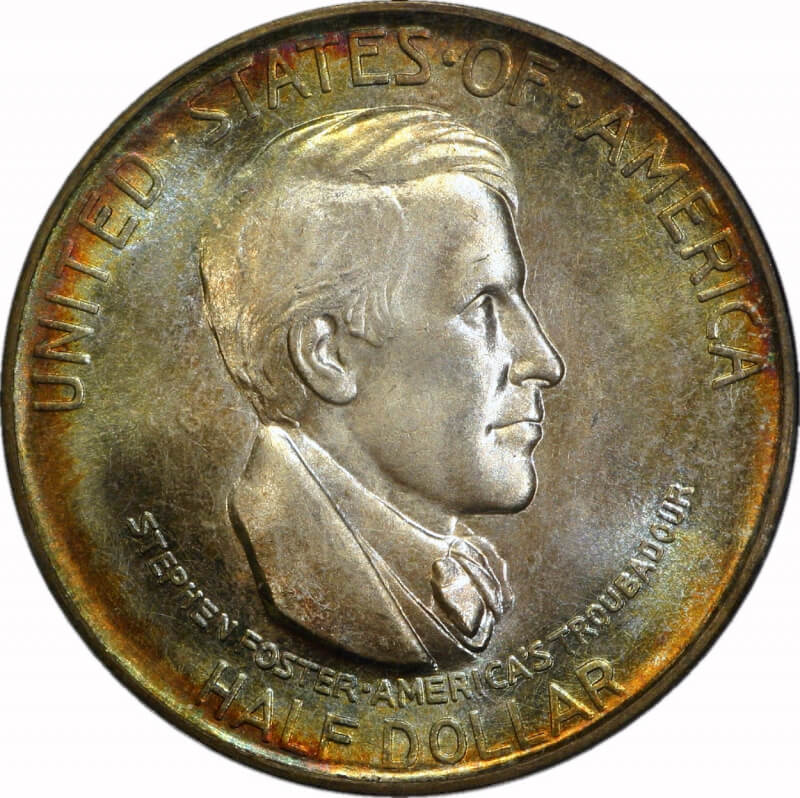 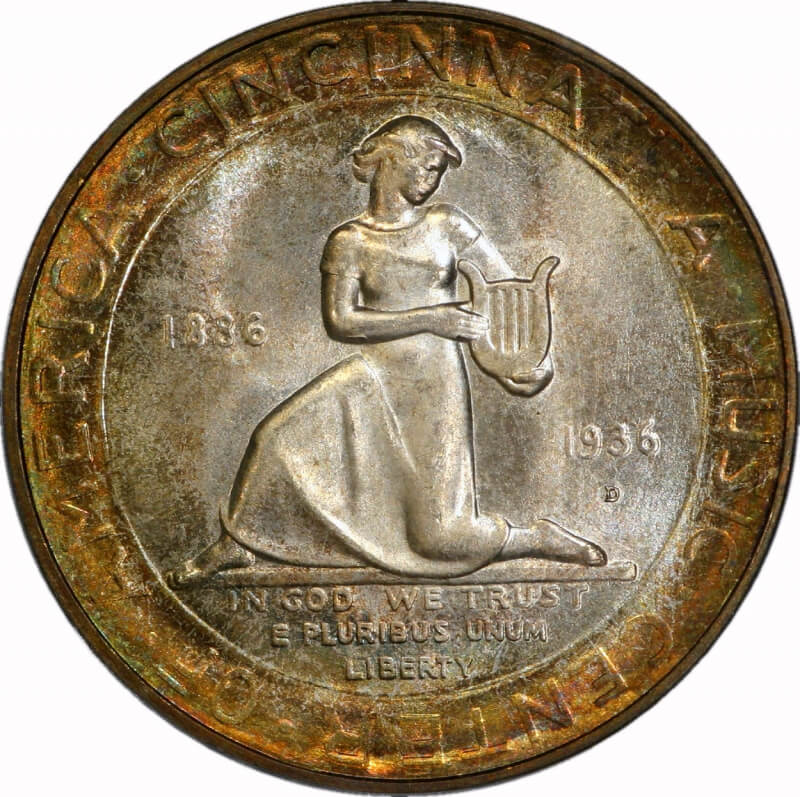