To commemorate the 100th anniversary of the incorporation of Cleveland, Ohio and the Great Lakes Exposition.

A bust of Moses Cleaveland facing left. He is wearing a wig. The name “MOSES CLEAVELAND” appears just above his head. The incused initials of the designer is below the bust.

A map of the Great Lakes region including nine stars to represent its cities. The cities include Duluth, Milwaukee, Chicago, Toledo, Detroit, Cleveland, Buffalo, Toronto and Rochester. The star representing Cleveland is the largest. A large compass appears over the map. The inscription “1836 GREAT LAKES EXPOSITION 1936 CLEVELAND CENTENNIAL” surrounds the map.

50,000 dollars were struck for the public in total. 25,000 were struck in 1936 and the remaining were struck the following year. All of the coins were made at the Philadelphia Mint and all have the same date. No coins were returned. 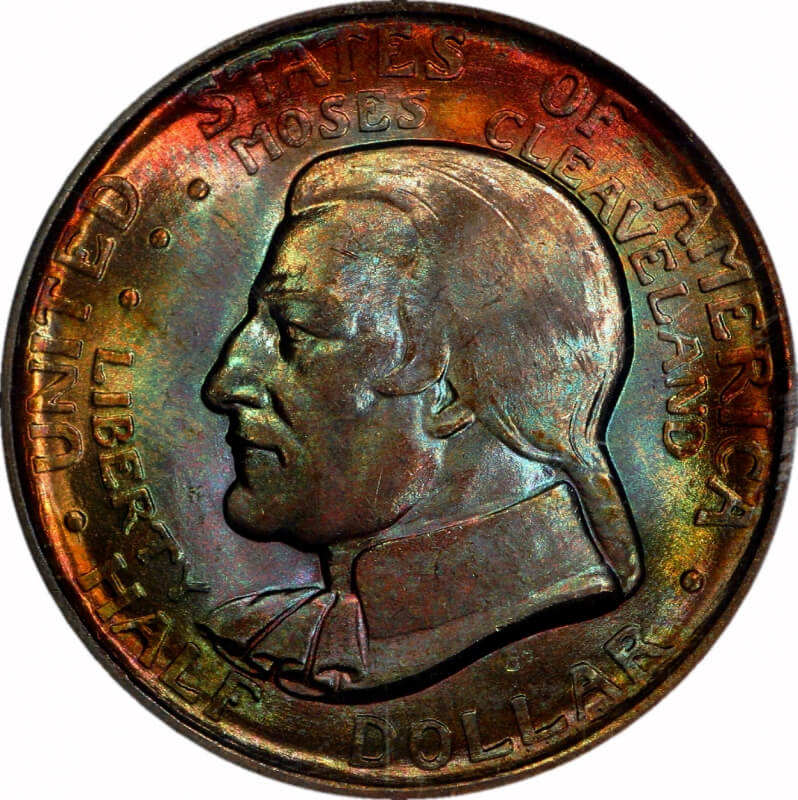 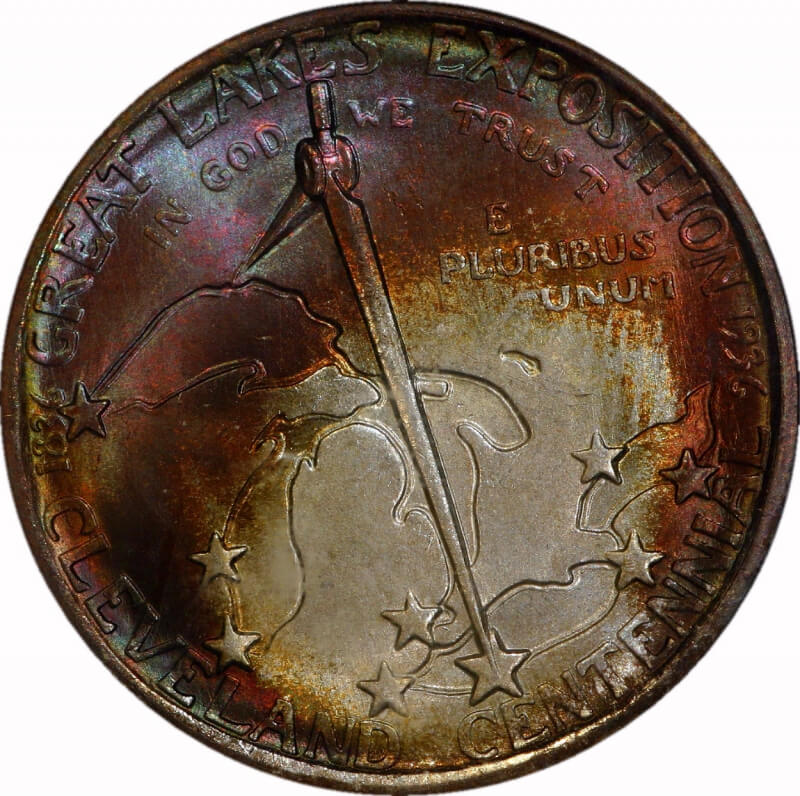