To commemorate the sesquicentennial of the founding of Columbia, South Carolina.

A palmetto tree, emblematic of South Carolina. Crossed arrows are tied to the tree and broken oak branches are at the tree's base. The arrows and branches are in reference to a battle fought in Charleston Harbor during the Revolutionary War. Thirteen stars surround the tree in a semicircle. The stars represent the thirteen original states. 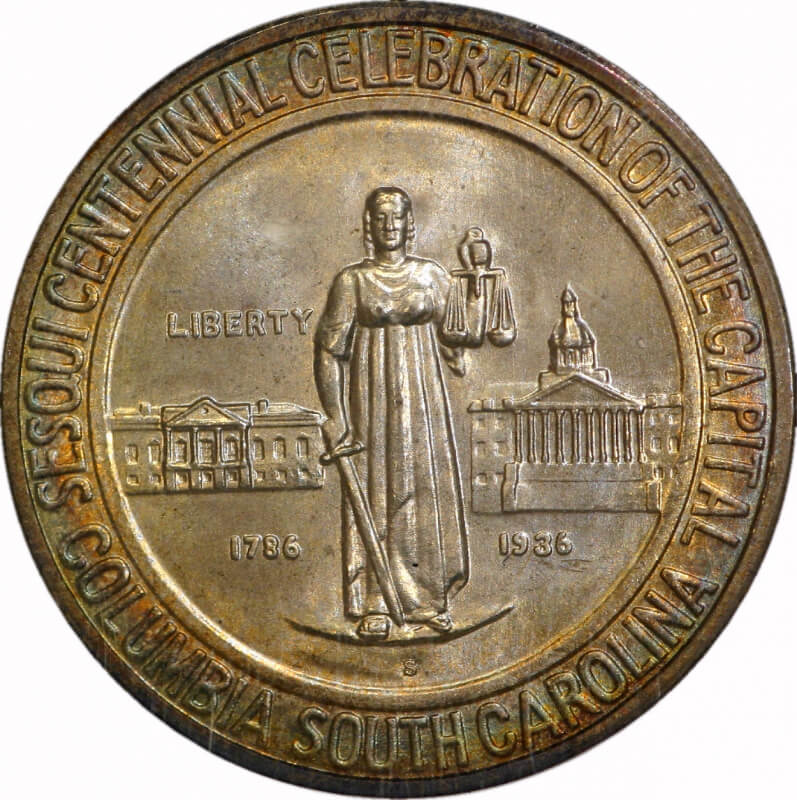 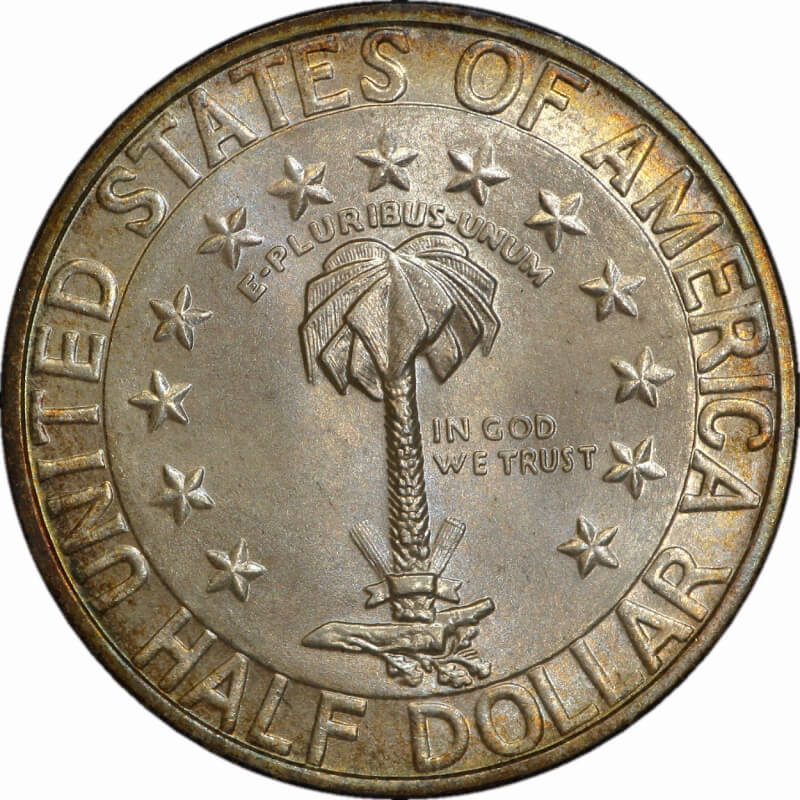