To commemorate the 300th anniversary of the first successful European settlement in Delaware and fund local celebrations held in Sweden and the United States.

The Old Swedes Church in the center. Above the church, sun rays show through a cloud.

The ship Kalmar Nyckel (Key of Kalmar) appears on the reverse. Located above the ship is the inscription “DELAWARE TERCENTENARY”. Underneath the ship are the anniversary dates of 1638-1938. Three diamonds at the bottom of the coin symbolize the three counties of Kent, New Castle and Sussex. The designer's initials are located to the right of the ship.

25,000 were minted for sale to the public. 4,022 remained unsold and were returned to the Mint for melting. 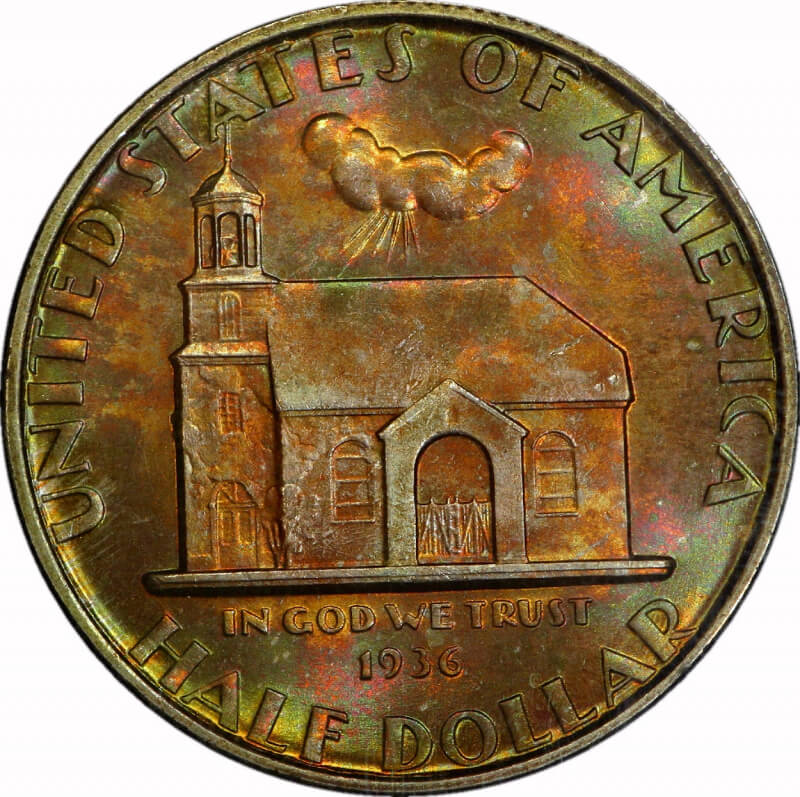 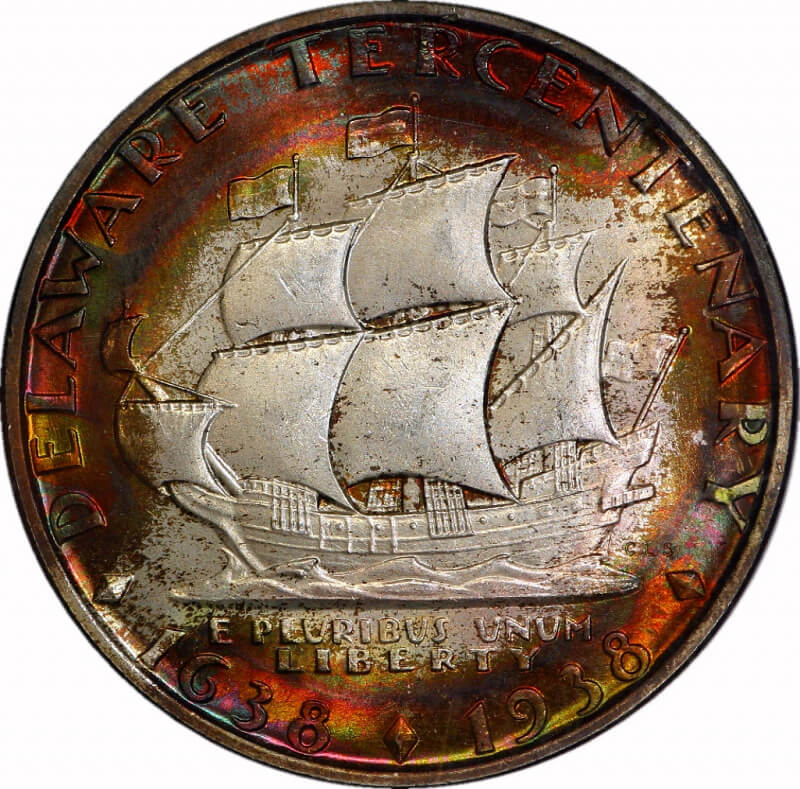