To commemorate the 100th anniversary of the founding of the city of Elgin and fund the construction of the Pioneer Memorial.

A bearded pioneer, wearing a fur cap faces left. Above the primary design, the word “PIONEER” is inscribed. The commemorative dates are at the bottom and are separated by a star. The designer's initials are found in the field below the beard.

Four adult pioneers including a mother holding her baby. The pioneer to the left is holding a rifle. The words “PIONEER MEMORIAL” are located in the left field with the words “ELGIN,ILLINOIS” found in the right field.

25,000 were struck for sale to the public. 5,000 unsold coins were returned to the Mint for melting. 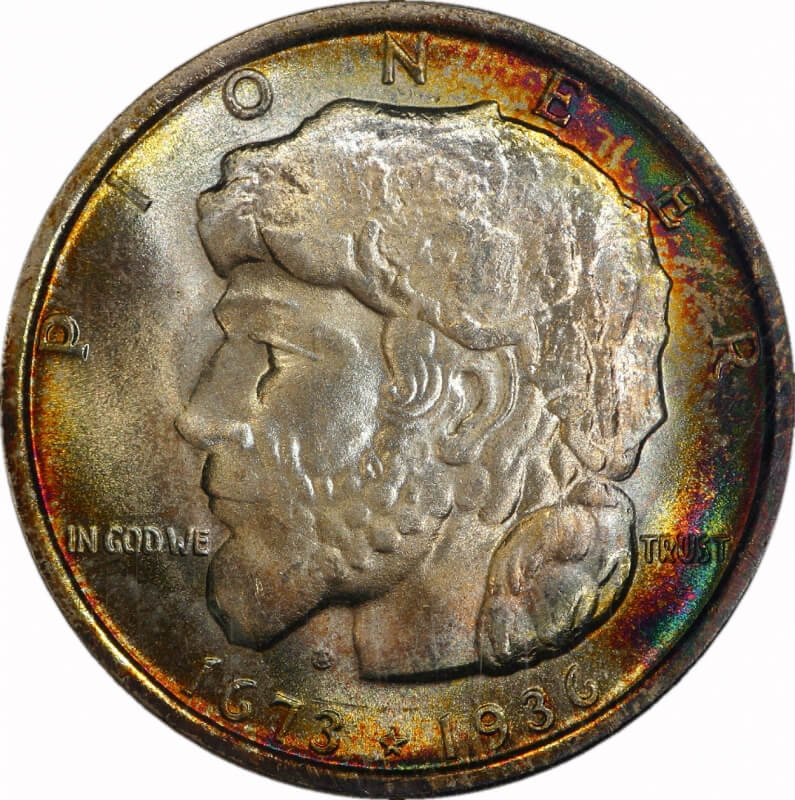 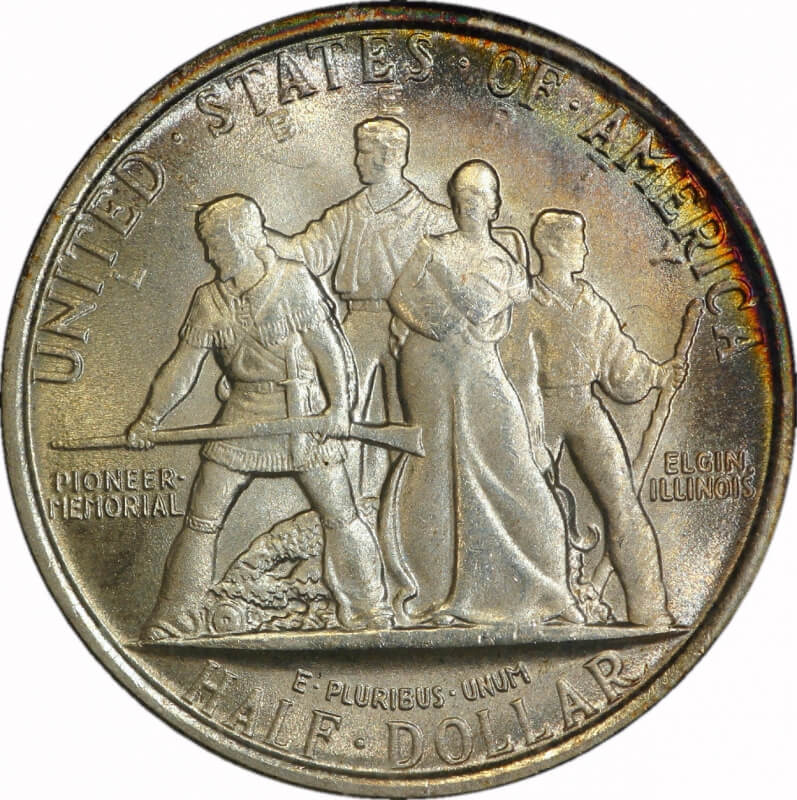